The popular Enugu’s native doctor, Simon Odo, a.k.a Onu Uwa, has explained that he marries a new wife anytime his older wives insult him.

While explaining why he married the 58th wife recently, Odo, who is also known as the ‘king of satan’ said he cannot stomach insolence and unruly behaviours from women folks, adding that he marries new wife anytime he was let down by the attitude of his wives. 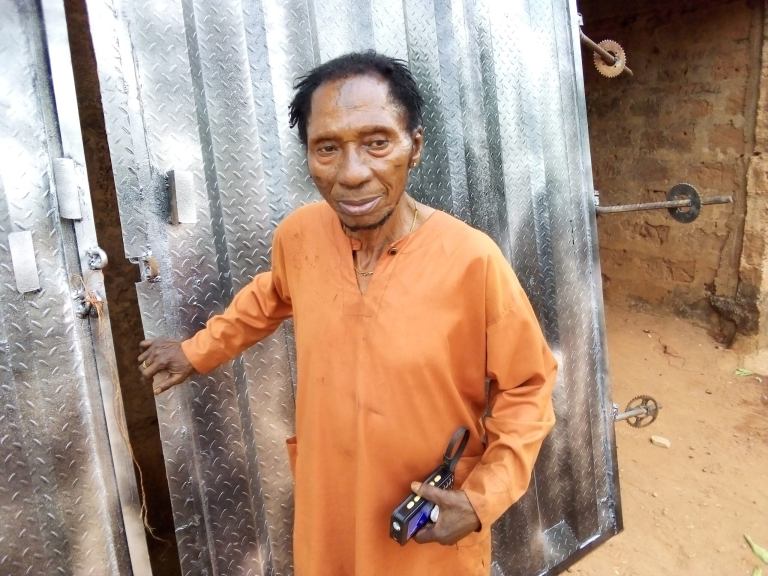 He spoke during an exclusive interview with Vanguard at his country home, Aji, in Igbo-Eze North Local Government Area of Enugu State, Sunday, saying “I marry anytime any of my new wives insult me. I cannot stand a woman insulting me.

“If there are 20 dead men in Nigeria for instance, only five of them died naturally. The other 15 were caused by heartbreaks and bad attitudes from their wives. That is why I marry anytime a woman insults me.”

When asked how he provides for his extended family, he explained that God did not make mistakes by giving him plenty children, adding that He provides for all His creatures. He alleged that the actions of humanity have put God in a state of confusion.

“If I want to kill you, I will ask God for His grace. The person I want to kill will also ask God for his protection. The armed robbers on the highway pray to God for the success of their operations, while roads users pray to the same God for protection against robbers. God is confused about the actions of humanity because of their evil actions.

“God has abandoned humanity due to the spate of evils they perpetrate. He no longer answers our prayers because we have no love for Him or our fellow human beings. Children do not obey their parents anymore, this was not the case when I was young. There was absolute respect for elders then.

“There are four of us who people use to dupe unsuspecting members of the Public. The first person is God, the second person is Jesus Christ, then queen of oceans, and myself, the king of Satan. People go about claiming that I am their father and that they can perform all sorts of miraculous healings. To be frank with you, I did not train anybody in traditional medicine, so those people are fraudsters.

“People also go about claiming false prophecies from God, Jesus Christ, and queen of oceans; claiming that they heard from God, and duping people of their hard-earned treasures. They are 419ners and people should be wary of such them,” he warned.

He said that there are deaths of genuine native doctors due to the love for money and materials things in Nigeria, adding that people of his stock who genuinely heal people may not be more than 30 in Nigeria.