A worried Nigerian man shared a very harrowing story of how he discovered her girlfriend was probably having a secret affair with his best friend.

The man whose name is yet to be identified revealed that he saw a credit alert of N300k on his girlfriend’s phone and to his utmost shock, he found out that the person who sent the money is his best friend.

According to the distressed man, he does not know what his next action should be and wants advice from concerned Nigerians. 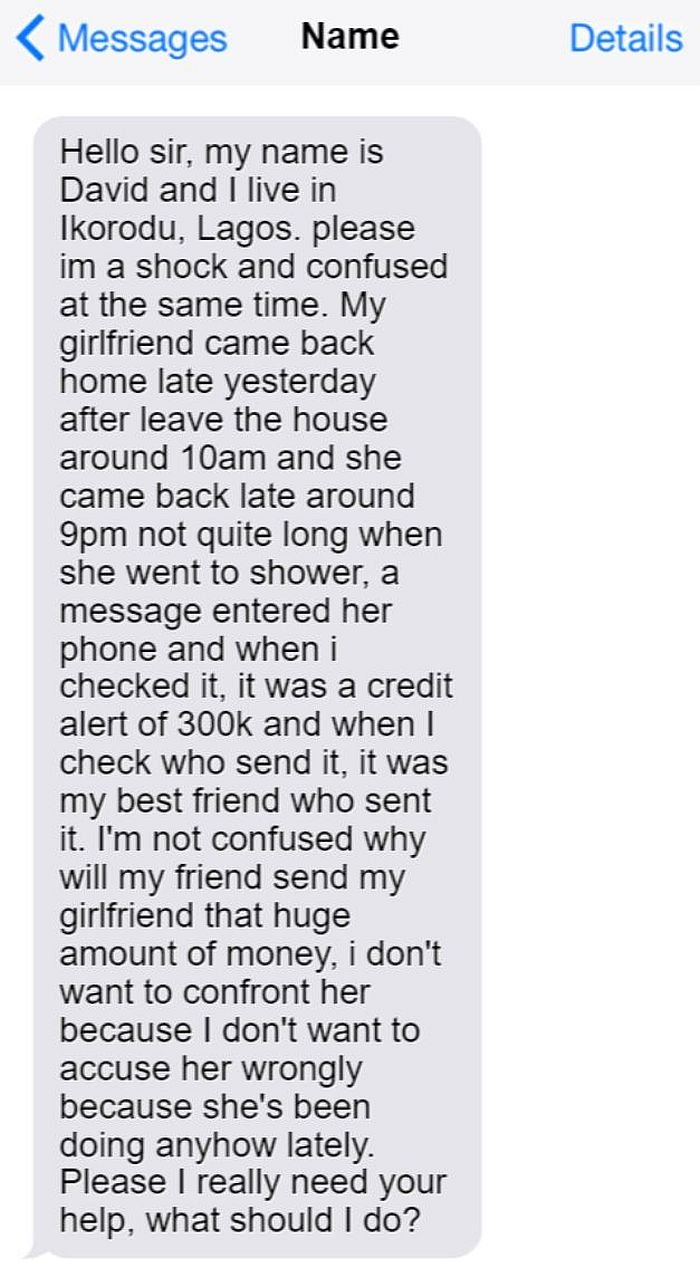