A bizarre post about a Nigerian lady shared by self-acclaimed ‘Love Doctor’, Joro Olumofin is currently causing havoc on the internet.

The post tells a story of a young Nigerian lady, who claims to be sexually attracted to animals specifically dogs.

The lady revealed that she has been having sleepless nights so she decided to seek the relationship expert’s help.

According to the story, the unidentified lady lost her parents and in order to overcome the hardship trailing the situation, she sought the help of three lady who then offer a job.

The job was to sleep with a dog for the mouth-watering sum of three million naira and she agreed.

The act took place at Victoria Island of Lagos with foreigners in charge.

The lady went on to describe the sex as explosive and ever since, she has been lusting after dogs.

The university student sated that she has had sex with 4 men but none of them satisfied her sexual urge like the dog. 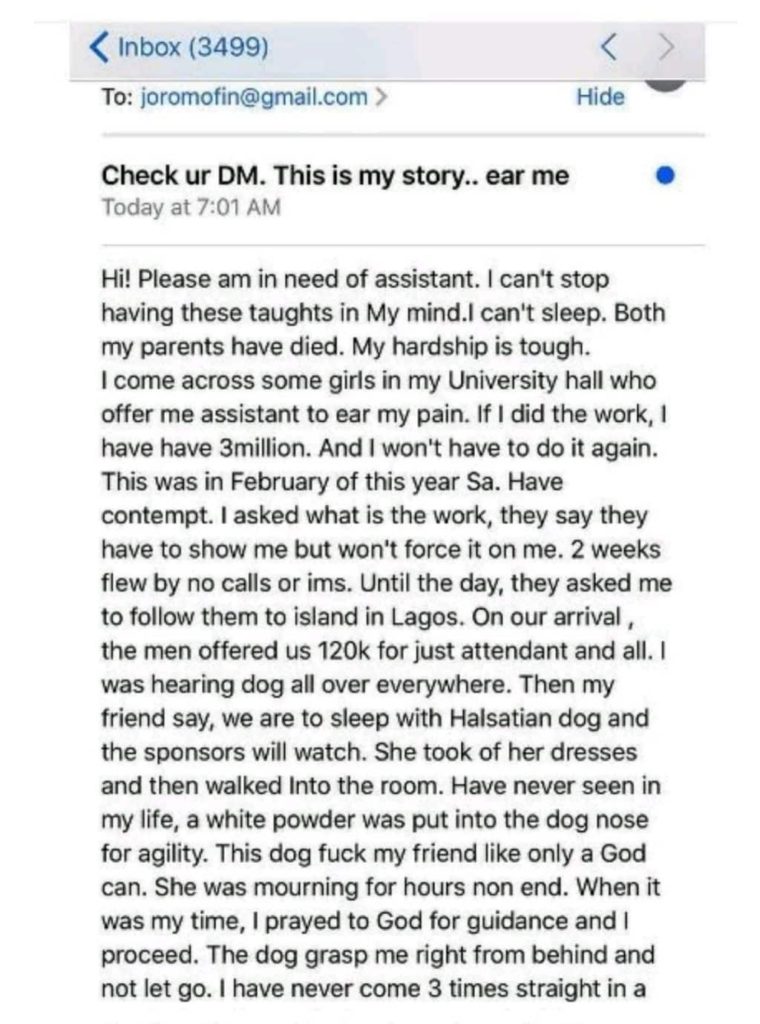 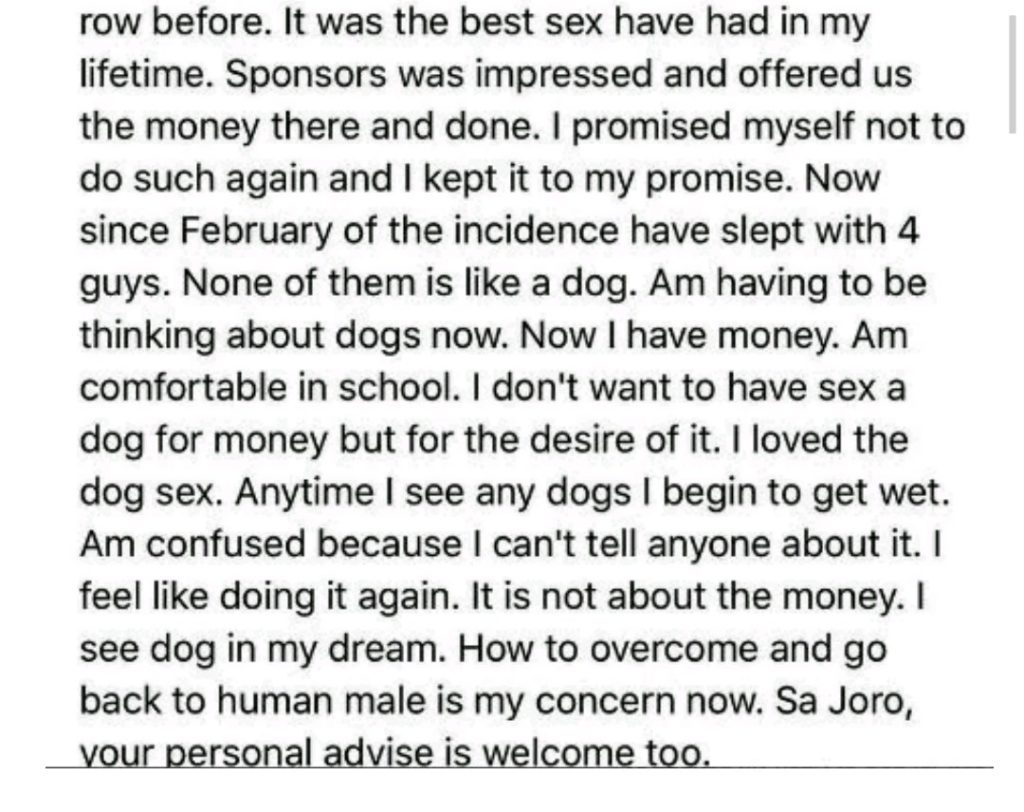