Media personality, Toke Makinwa has again taken to her Insta-story to reveal how she lost some ‘friends’ after saying a tough prayer to God to remove fake friends. 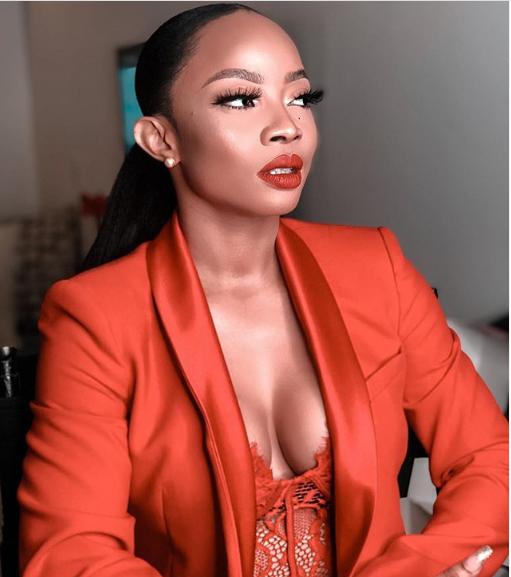 The vlogger wrote on her Instastory, “The way God has been exposing/revealing people to me…. I asked God to take away anyone not meant to be in my life and I started losing ‘friends’.. It is a tough prayer to say” 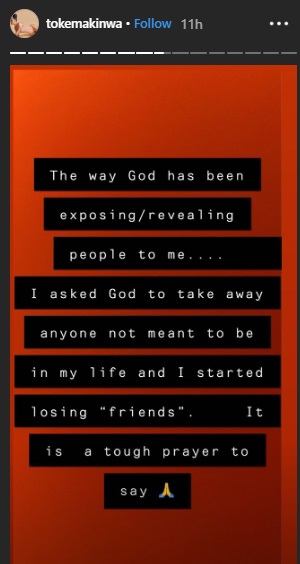 Recall on Sunday, March 1, the fashion icon also served some advice to her fellow single women on “finding a partner”. She said; “husbands won’t fly into our rooms to find us”

Read Also:  ‘I go dey rape dey go, nothing go happen’ – Nigerian man boasts of being a rapist while reacting to Uwa’s death

Makinwa also disclosed that she falls into the category of those who rarely go out stated that women don’t get dates and also get married by staying indoors.

Toke Makinwa pledged to go out often, while also revealing that she had excuses before now.