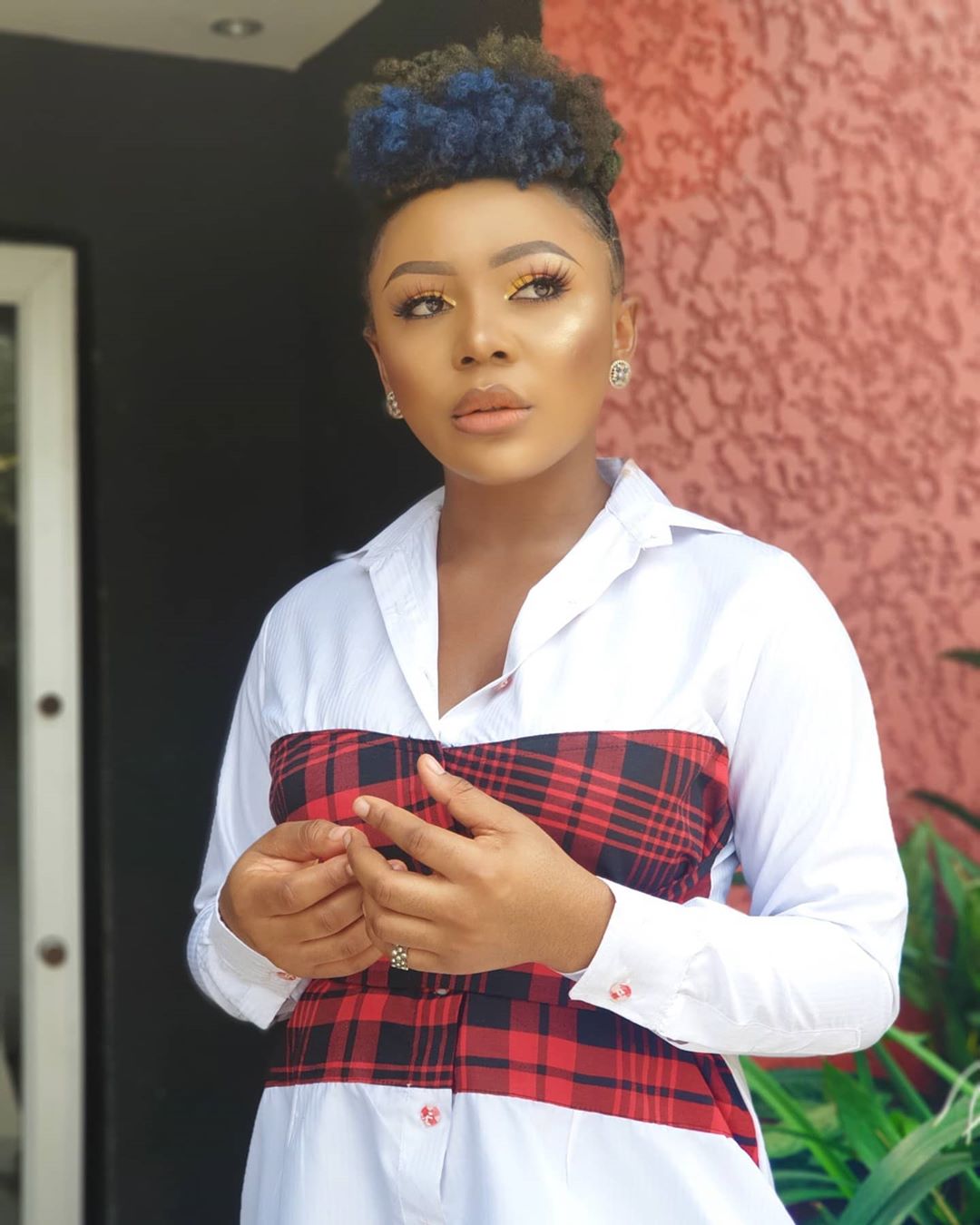 This comes after Nollywood actress, Susan Peters says women should be allowed to marry two husbands.

I think I want to marry 3 husbands …. The way its doing me now. Just thinking out loud shaa…, Ifuennada wrote on her Instastory and it continues to get different reactions

Recall that recently, Susan Peters shared a cryptic image on her Instagram page, hinting that women should be allowed to marry two husbands, well, in case something bad happens to one.

The Idoma, Benue State movie star added that she’s only asking for a friend is there would be peace on earth is such wishful thinking is allowed. 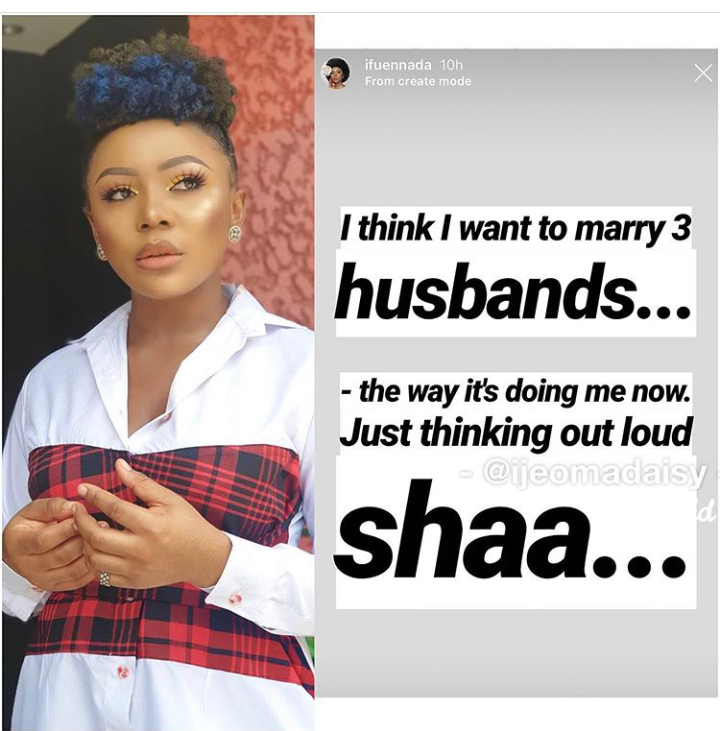