On the 25th of April, gunmen stormed the house of a popular cleric, Sheik Taofeeq Akeugbagold and abducted his set of twins from his home in Ibadan, Oyo state. 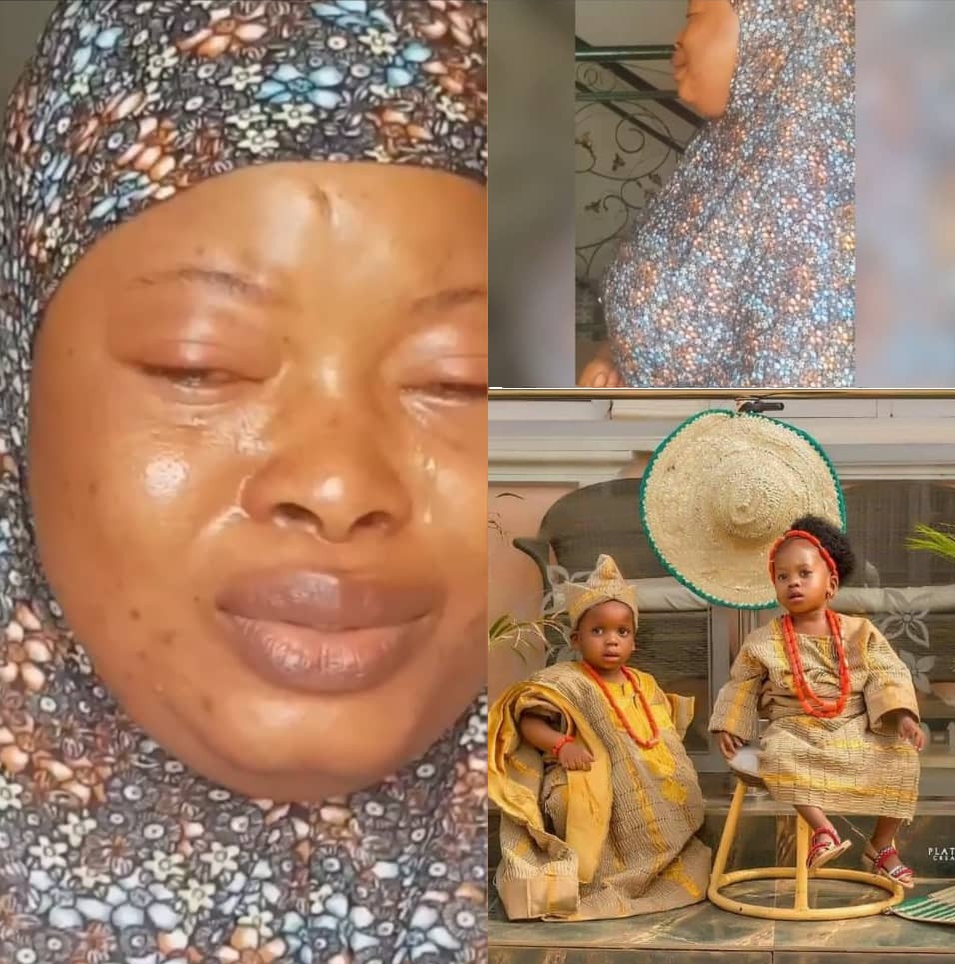 The Oyo State Police command say they have since commenced investigation and hope to rescue the twins alive and arrest those behind the abduction.

In a video shared online, their distraught mum who couldn’t hold back tears, revealed that she waited for 12 years before she welcomed her babies. She pleaded with the abductors to have mercy on her and release her children to her.

Speaking in Yoruba, she said the abductors should please think about her and release her children.

She also mentioned that her husband is ready to give them whatever they want. She appealed to all Nigerians to pray for the safe return of her children. 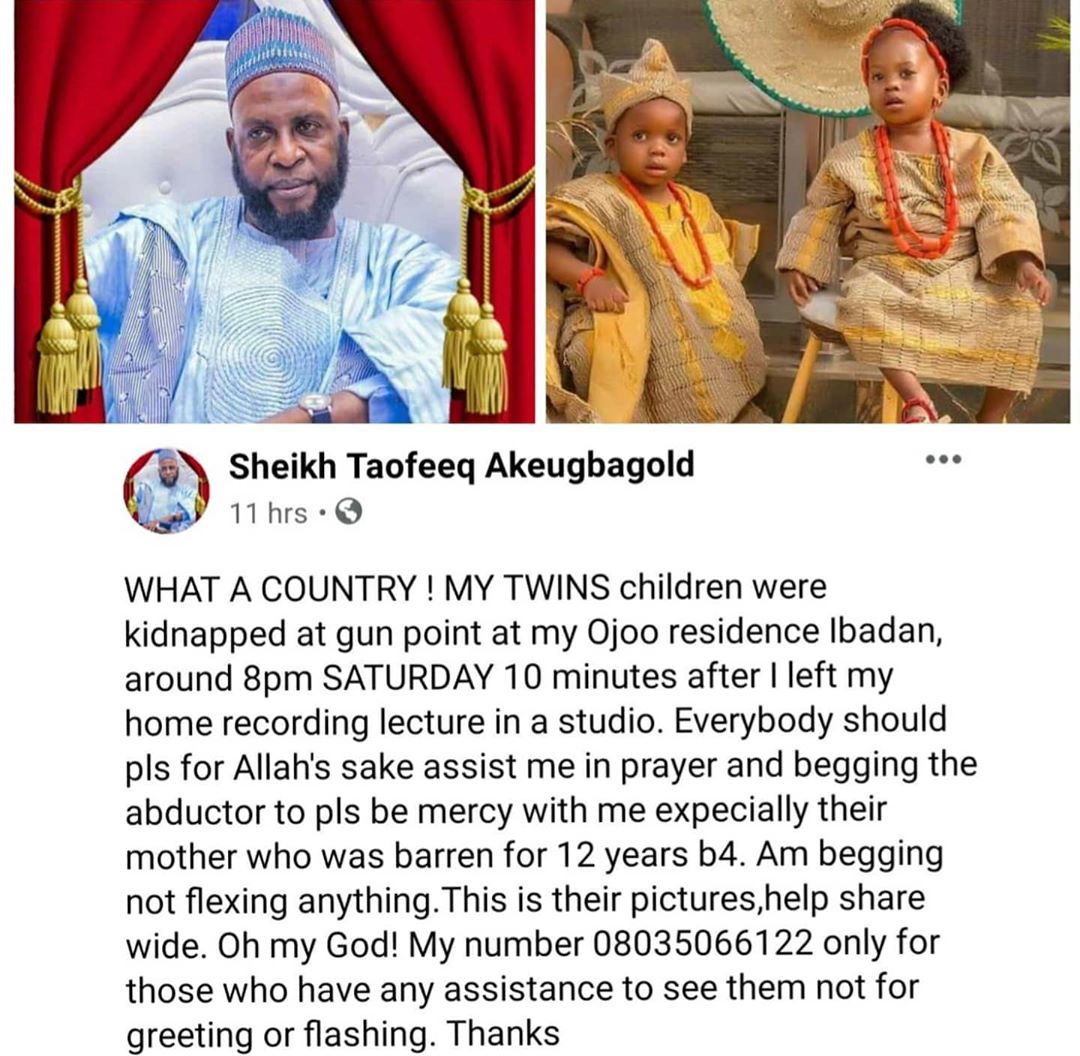