Nigerian pop singer, Yemi Alade, has revealed that a masai (from a tribe in Kenya) offered 20 cows for her hand in marriage. 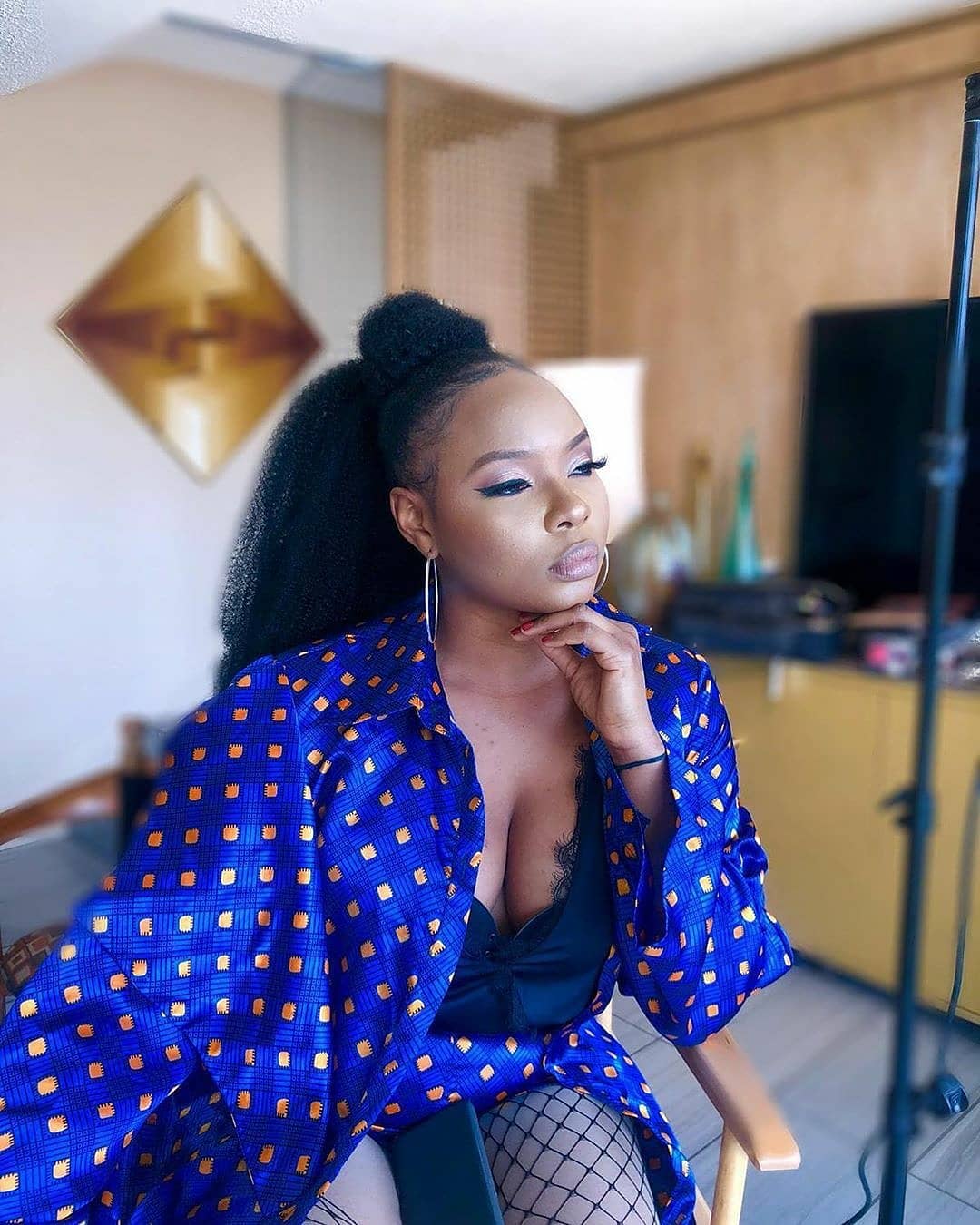 The 30-year-old revealed this on Instagram on Friday when she posted a photo of herself in Maasai attire. 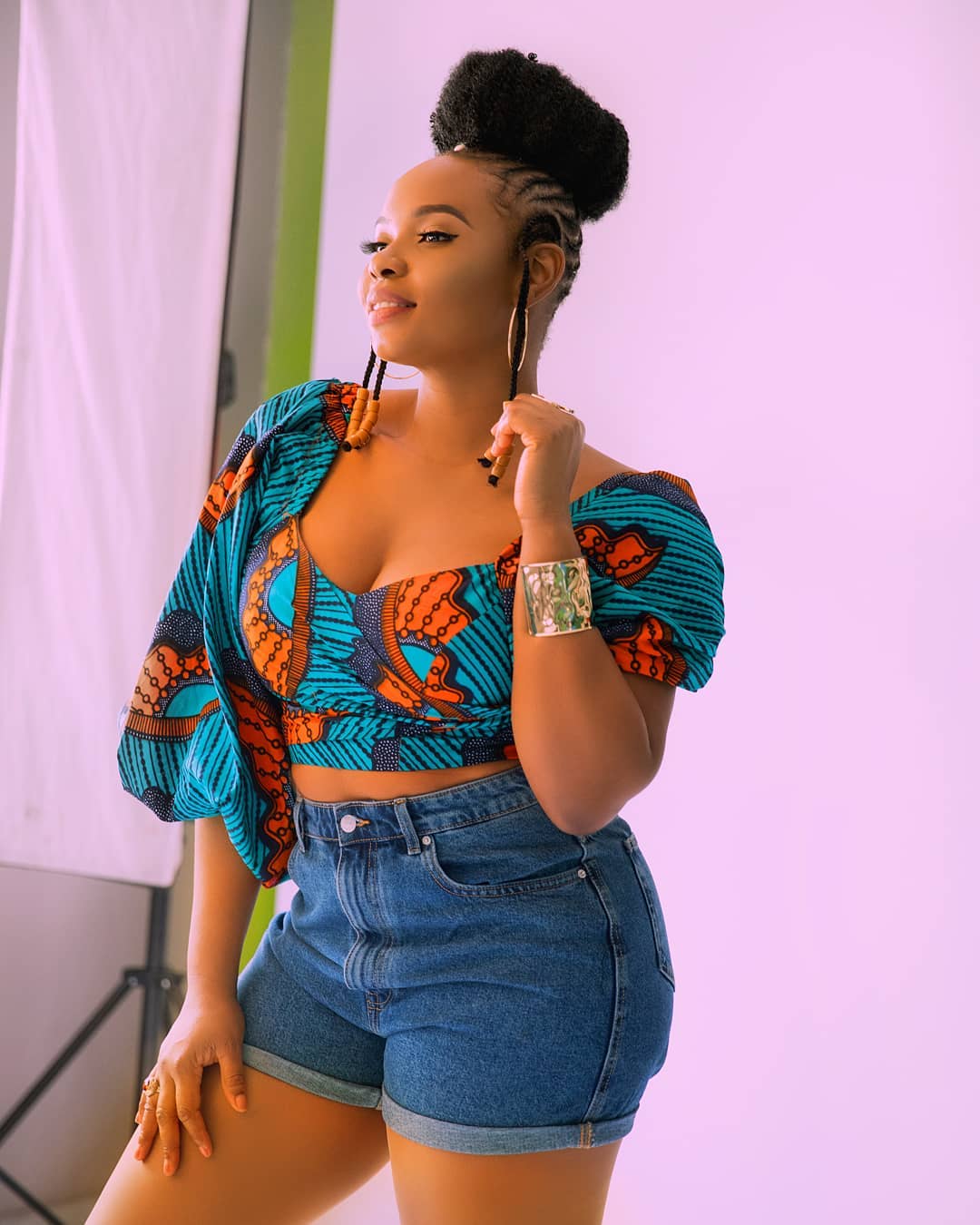 She revealed that a Masai had offered 20 cows for her hand in marriage, but was discouraged by his friend who said the singer was ‘fat and can’t build houses’.

“A Masai Offered Me 20 cows For My hand in Marriage, but his friend said that I am fat😂😂😂 and I can’t build houses!😂😂” she wrote.

Yemi Alade went on to share some facts about the Masai, “The first and oldest wife’s house is usually the first followed by the second wife’s and the others respectively…” 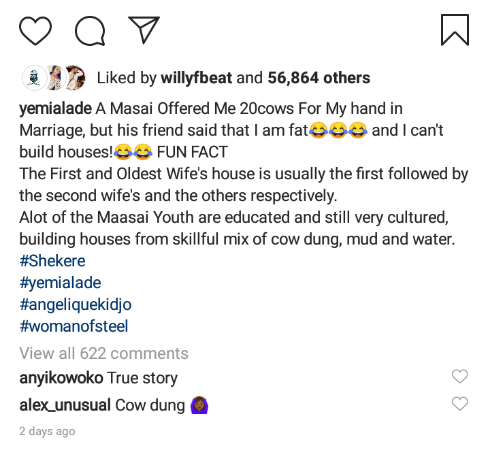