A lady identified as Favour Mathias has gone viral on Facebook after a post she made on her wall.

Apparently, in a bid to trend, Favour professed her undying love for her boyfriend, identified as Emmanuel, vowing to do abortion for his sake.

According to her post, Emmanuel slept with her severally without protection, which made Favour fear that she may fall pregnant soon.

Her Facebook post reads; “I asked him. How many times did you come inside. He said just twice. I said what if am pregnant, I told him bby what if moi mum finds out. He told me den we will flush it Edidem Emmanuel dad mii. I’ll do abortion for your sake. Anything for you bby even it its to leave my parents. I will do that to make you happy. I will not leave you for another guy. If not for andrew liver salr you always give me, I’ll be pregnant by now.” 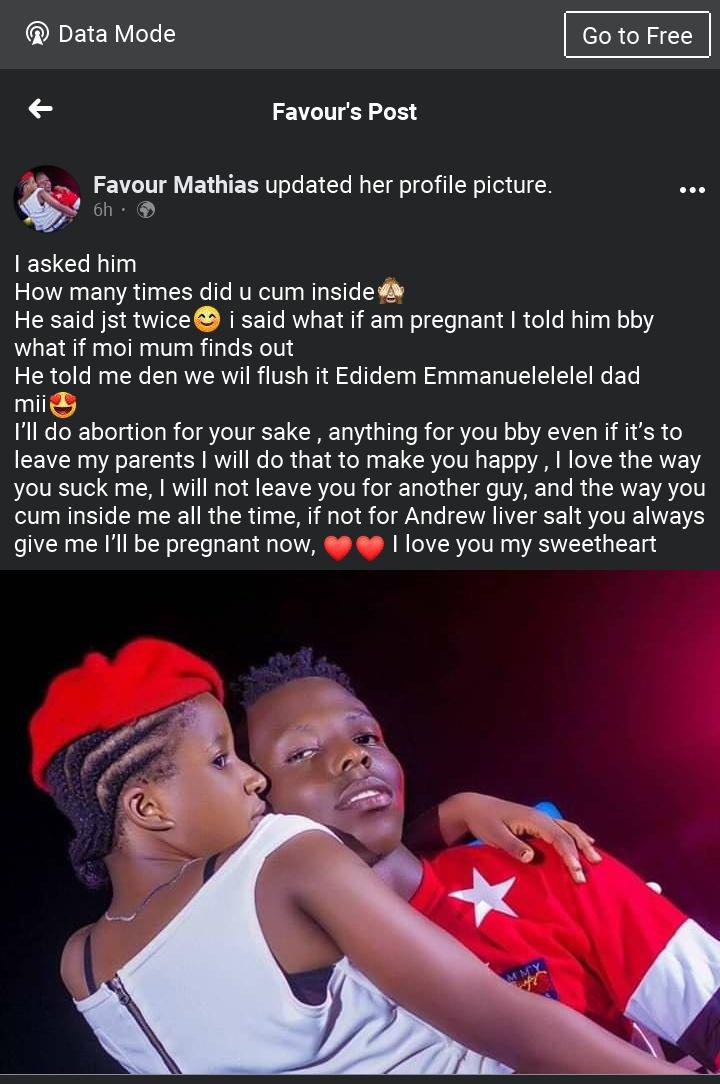 A quick check on herr Facebook page shows that she has edited the post to a new caption but the post’s “edit history” still captures the previous caption.