The ancient city of Ibadan was lit with ecstasy on Wednesday as hundreds of winners who emerged in the reward promo of telecommunications company, Globacom, received their prizes in the presence of a tumultuous crowd at the popular Bodija Market in the heart of the capital city.

The Oyo State Commissioner for Environment, Honourable Kehinde Ayoola, as well as the Iyalode of Ibadanland, Chief Mrs Theresa Oyekanmi, graced the event. Others who witnessed the event were the Chairman, Bodija Market Traders Association, Alhaji Lamidi Musedeeq, while Nollywood actors Yemi Solade and Odunlade Adekola were also in attendance. 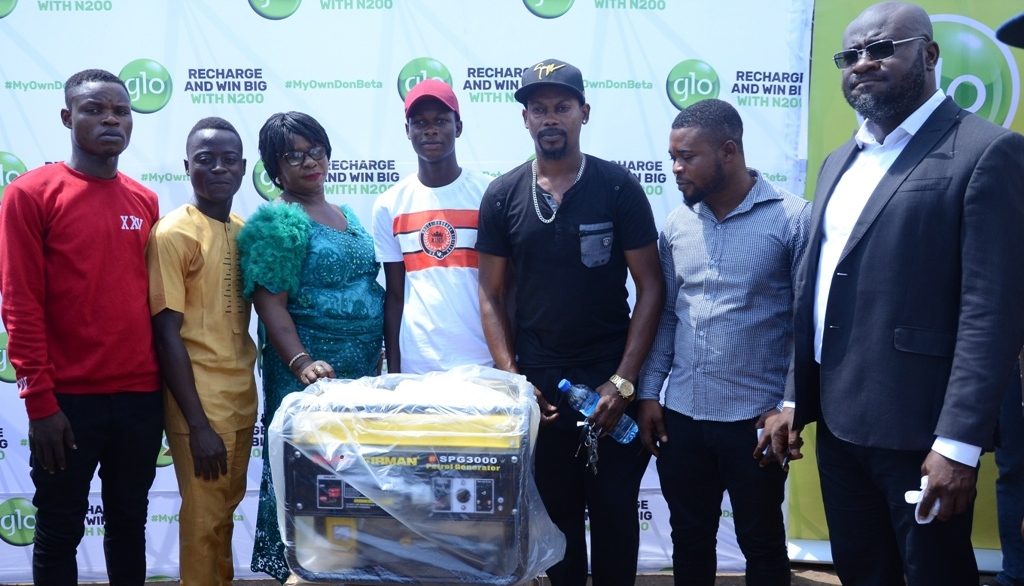 Winners as well as their relatives, some of whom had expressed disbelief when they were informed about their winnings, were delighted when they realised that the information was not a sham after all.

Chief Abiola Egbelade, an Isese leader of Ibadan origin who won a Keke tricycle, said he was surprised when he received a call from 121 informing him of his good fortune. “I was surprised when I got the call”, he added saying, “I will not use the tricycle for commercial purpose. I will cruise it round the city so that everyone will see what Globacom has done.”

Ojedele Solomon, a corps member serving in Oyo State said he did not believe he won a generating set until persistent calls came from Globacom. The Education and Political Science graduate of Osun State University said he would use the power generator for his pleasure to mitigate the poor supply of electricity in the country. 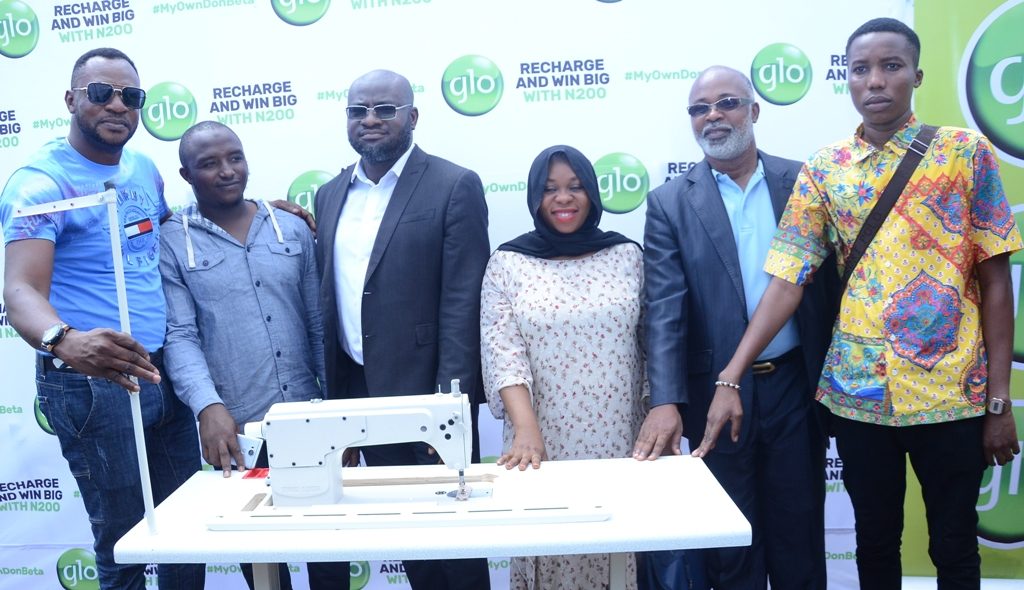 For one of the tricycle winners, Adeleye Adeyemi, a Police officer serving in Ibadan, getting a call informing him that he won a tricycle was received with mixed feelings. He said though he knew that Globacom had done such feats before, he reluctantly gave his details to the customer care staff who called him. He said he will use the tricycle to augment his family’s income.

The commissioner, Honourable Kehinde Ayoola, commended Globacom for the empowerment programme which he noted complements what government is doing. “This largesse from Globacom shows that the company appreciates the fact that people are using the network and you are giving back to the society. It is a good thing”, he said, while urging Nigerians to patronise Globacom to enable the company to do more.

The prize presentation also featured the draw for next set of winners. 130 prizes including generators, grinding machines, sewing machines and tricycles were won by subscribers who will be receiving their prizes at the next event which is scheduled for Kano. 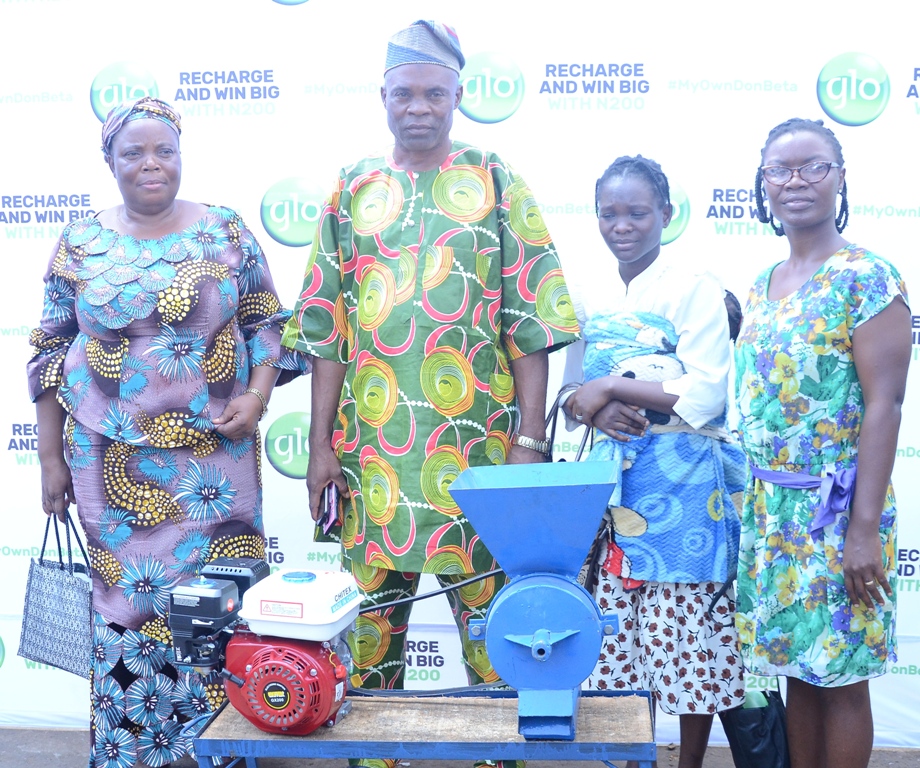 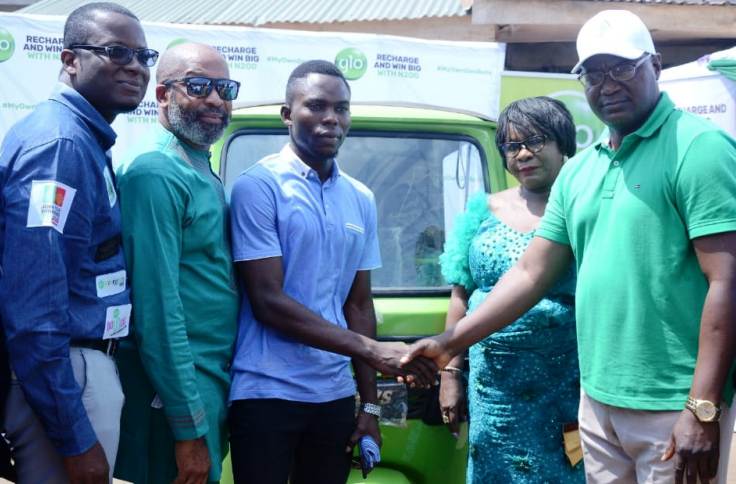 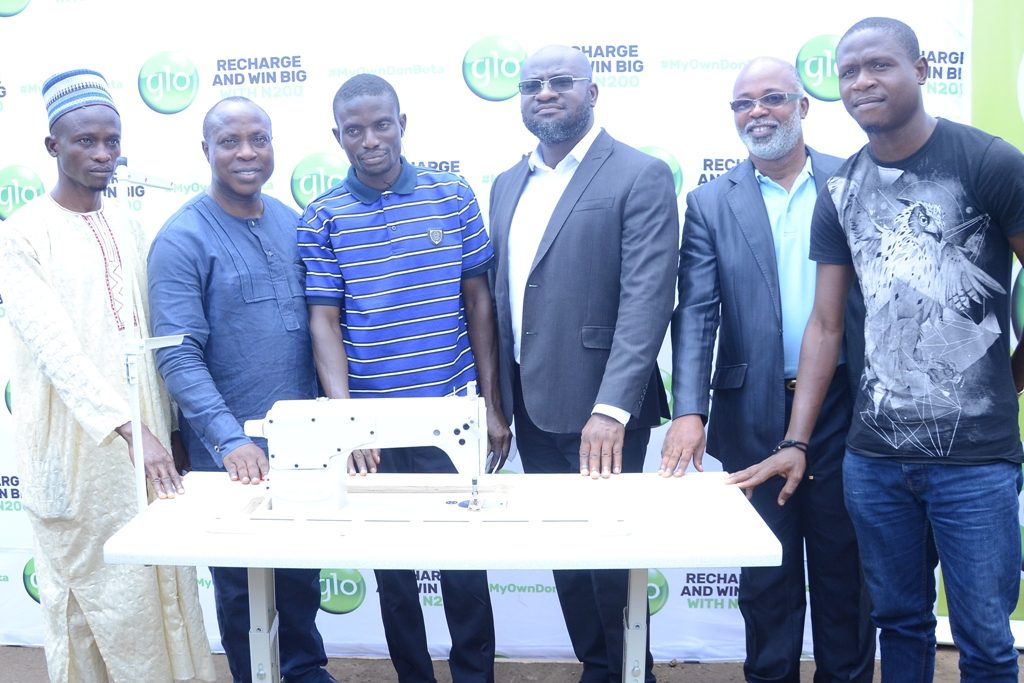