A Nigerian guy with the name, Wisdom Chidozie on Facebook has taken to his page to talk to ladies on the subject of rape. 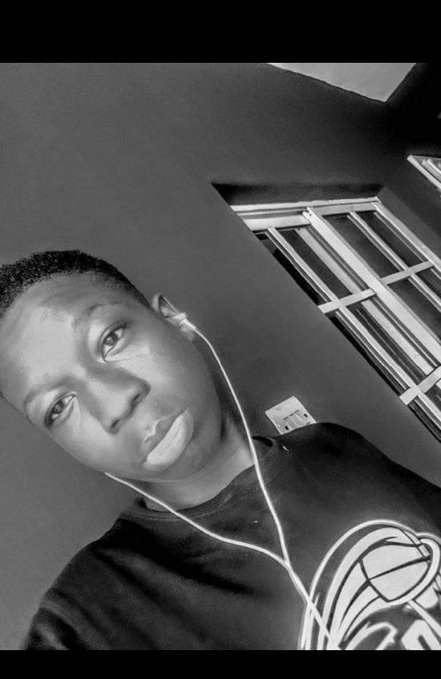 Wisdom’s post comes after news of the incessant rape cases in the country rocked news outlet in no more than 72 hours.

According to Wisdom, who with his insensitive post, has incurred the wrath of furious Nigerians, ladies should allow men rape them and not allow them force and wound them.

In Wisdom’s own words,

“My advice for girls is that if one person decides to rape you. Give him sex. Don’t allow him force and wound you.
If they are more than one, pardon with them so they can wait one after one

If they disagree promise them changing styles.“he wrote. 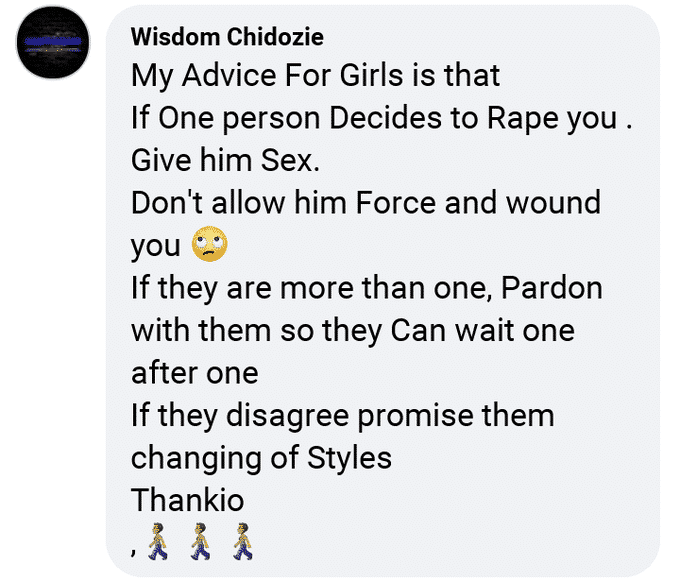 Whether or not Chidozie is only clout chasing, he definitely shouldn’t use such sensitive topic for his nonsense. He definitely will have his fair share of social media lambasting which hopefully will serve as a lesson to him.