A Political and Sports Analyst, Deji has taken to his twitter page to advise ladies to stop passing the night in men’s houses and hotel rooms or else they will be raped. 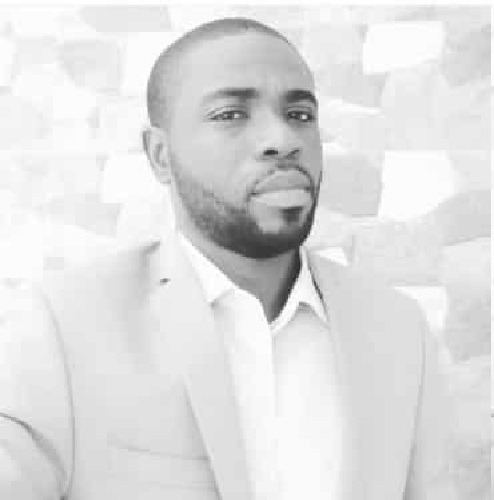 According to him, ladies should stop following a man to pass the night at his house or hotel rooms after clubbing and drinking, as this would help reduce the rate of rape.

“I condemn rape and any form of sexual harassment. But let’s not fail to advise our girls not to be stupid. To reduce the rate of rape cases, put it straight, if you keep passing the nights in men’s houses or hotel rooms, you’re gonna be raped, don’t be stupid!!

All these stupid stories of clubbing till 3am, then following a man to pass the night at his house or hotel rooms after clubbing and drinking should not be coming up again, they’re stupid!! Let’s make rape cases believable and easy to tackle head-on without doubts!!

Read Also:  Kiddwaya And Erica Spotted At A Luxury Hotel In Lagos (Video)

I still insist that every confirmed rapist, not those falsely accused, those confirmed cases, the rapist should be castrated forever!! This will put automatic stop to RAPE!! Then fear of losing your penis won’t let you do anyhow!!!

MOST OF THESE RAPISTS ARE SOCIOPATHS, like serial killers, they go from one victim to another! Watch your movements and associations and avoid sleeping from one man’s house to another’s hotel room. Don’t be a victim!!! Atoto arere oo!!

Whether una like it or not, we will speak the truths. I’m not afraid of your venoms on twitter. Those who have brains will pick the advice. There’s case being settled here, after sleeping a week in a guy’s house, you came back 5 days later that he raped you throughout your stay.” 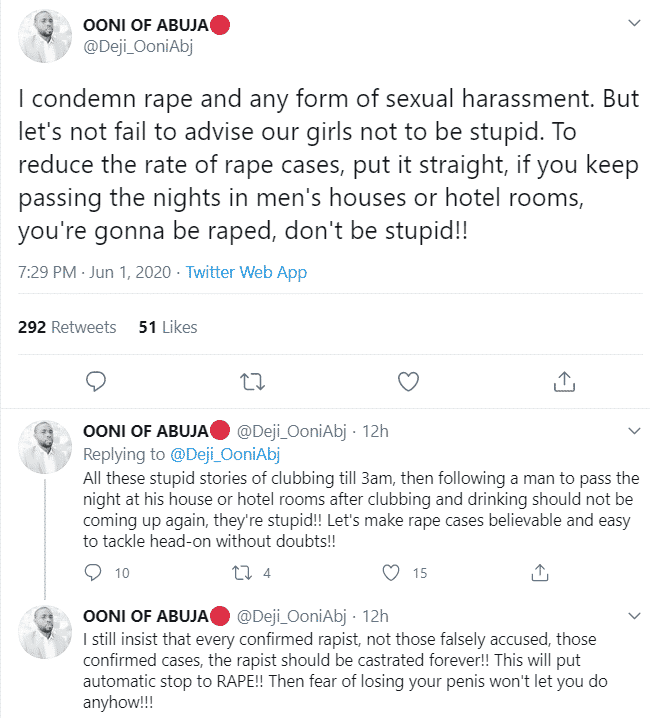