Relationship blogger, Blessing Okoro has moved on from her house scandal and is now able to laugh about the incident.

Blessing, relinquished her ‘Crown’ to the woman who was exposed on social media after she was used by five different pastors to perform fake miracles. 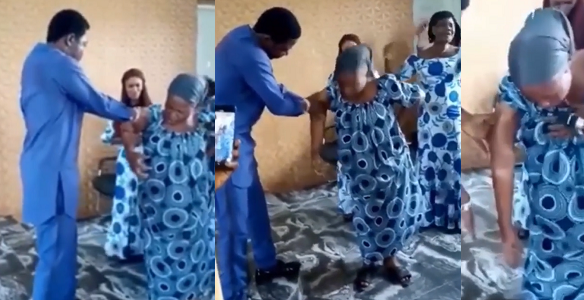 While reacting to news, Blessing made reference to the incident which saw her claim a house belonging to another man, China-based Nigerian, One Eze as hers.

Read Also:  Lockdown may be extended if you don’t behave yourselves – Lai Mohammed tells Nigerians

She told her followers that when it comes to faking things, she’s no longer the queen. She said the woman used to fake miracle has taken over from her. She also suggested that Paul Okoye should do a remix of his banging track ‘Audio Money’, using the fake miracle as inspiration.

See what she wrote below ; 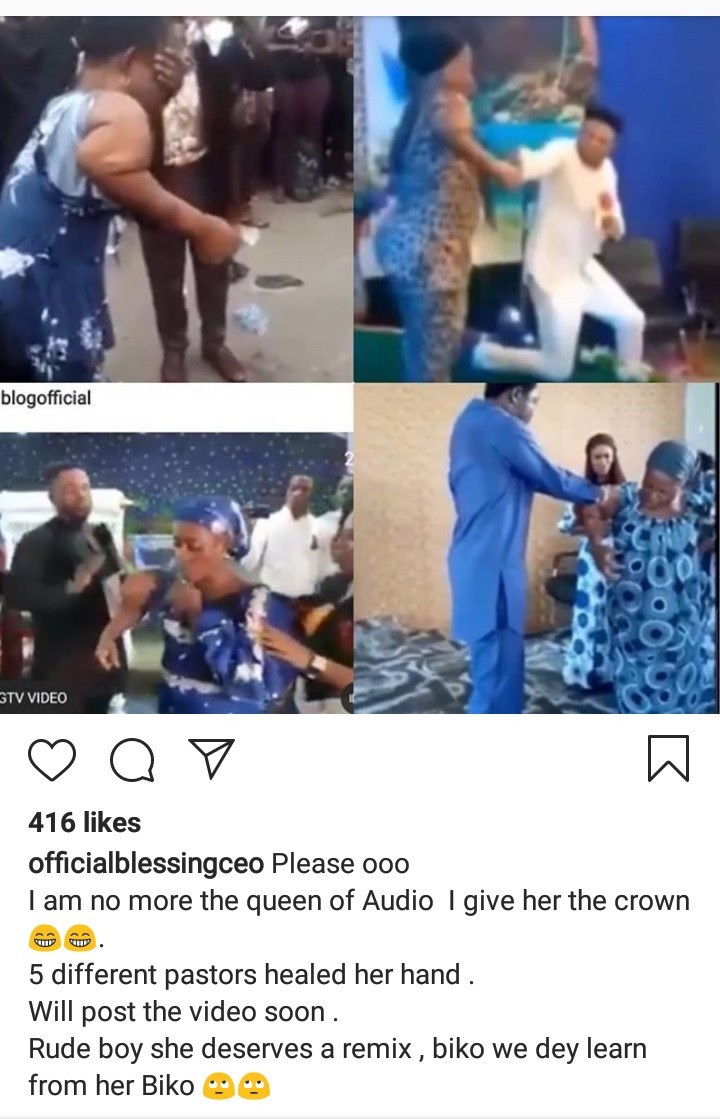