Apostle Johnson Suleman, General Overseer of the Omega Fire ministries has reacted to the impeachment of US President Donald Trump. 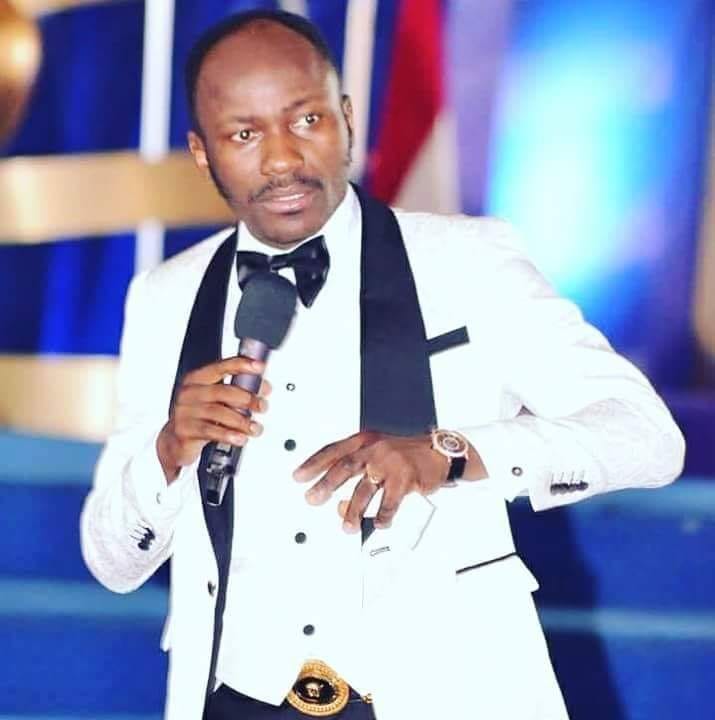 Recall that Donald Trump was formally impeached by the US House of Representatives for abuse of power and obstruction of Congress on Wednesday.

The vote followed weeks of testimony, related to his dealings with Ukraine. 230 to 197 votes in the Democratic-majority House saw to the impeachment of the US president.

Trump will, however, remain in office until he is tried and convicted by the senate.

Speaking on the impeachment trial, Apostle Suleman said he is praying hard for Trump to scale through. 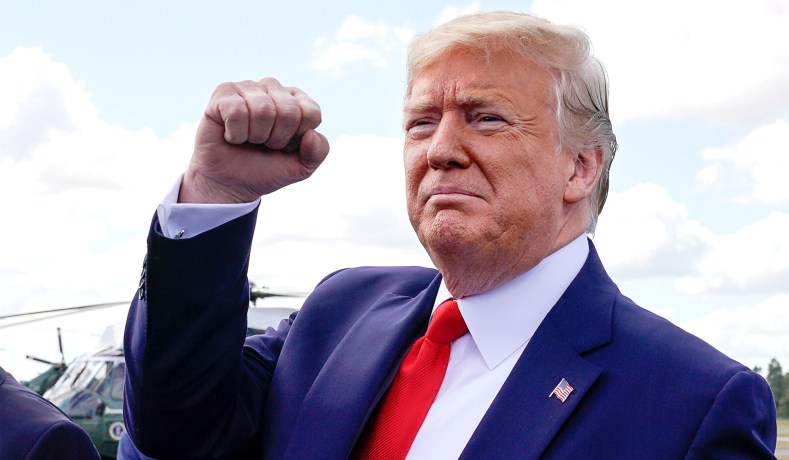 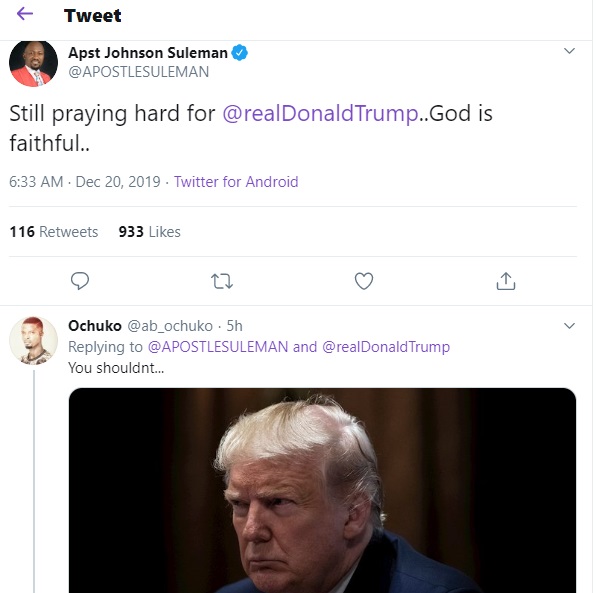