The execution date for four men who were convicted of fatally gang-raping a female student on a bus in Delhi in 2012 has been set.

The ruling comes after the country’s Supreme Court rejected appeals against the initial death sentence by all four men.

According to Mail Online, the men still have once more chance to appeal against the so-called ‘black warrant’ death sentenced, with their lawyer expected to file a mercy plea with the country’s Supreme Court. 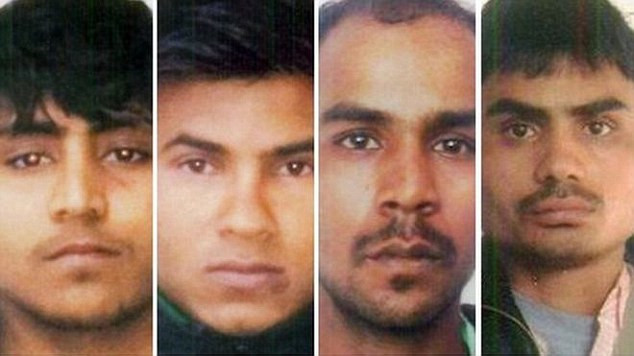 Asha Devi, the mother of 23-year-old victim Jyoti Singh, said: ‘This judgement will reinforce people’s faith in the judiciary. My daughter will get justice.’

The victim, Singh was riding on a bus with a male friend through Delhi on December 16, 2012, when they were attacked by six men including the bus driver.

Her friend, Awindra Pratap Pandey said they were beaten unconscious with a metal bar, before the men then took it in turns to rape and torture Jyoti.

The man reportedly used the metal bar to inflict ‘catastrophic internal injuries’ on the student, who was dumped naked by the side of the road.

Awindra survived with injuries, but Jyoti had to be flown to Singapore for specialist treatment, where she died two weeks later (Dec.29).

Five men and one juvenile were initially arrested for the attack, but one of the men, Ram Singh, died in custody in 2013 with an autopsy ruling he hanged himself.

The juvenile was convicted of rape and murder and sentenced to the harshest possible punishment – imprisonment for three years in a reform institution.

The remaining four men who are now to be hanged were convicted of rape and murder in September 2013 and sentenced to death.