Some members of the proscribed Islamic Movement of Nigeria, better known as Shi’ites, took to the streets of Abuja earlier today to protest the recent killing of Iranian military commander, General Qasem Soleimani, by a United States airstrike on the 3rd of January this year.

The protesting members of the Islamic group seized the opportunity to also demand the release of their leader, Sheikh Ibraheem El-Zakzaky and his wife, Zeenat who currently are in detention.

Chanting hate songs and slogans like “Death To America.”, the protesting Shi’ites also set ablaze a US flag which impeached President, Donald Trump’s face on it.

See some photos from the protest below, 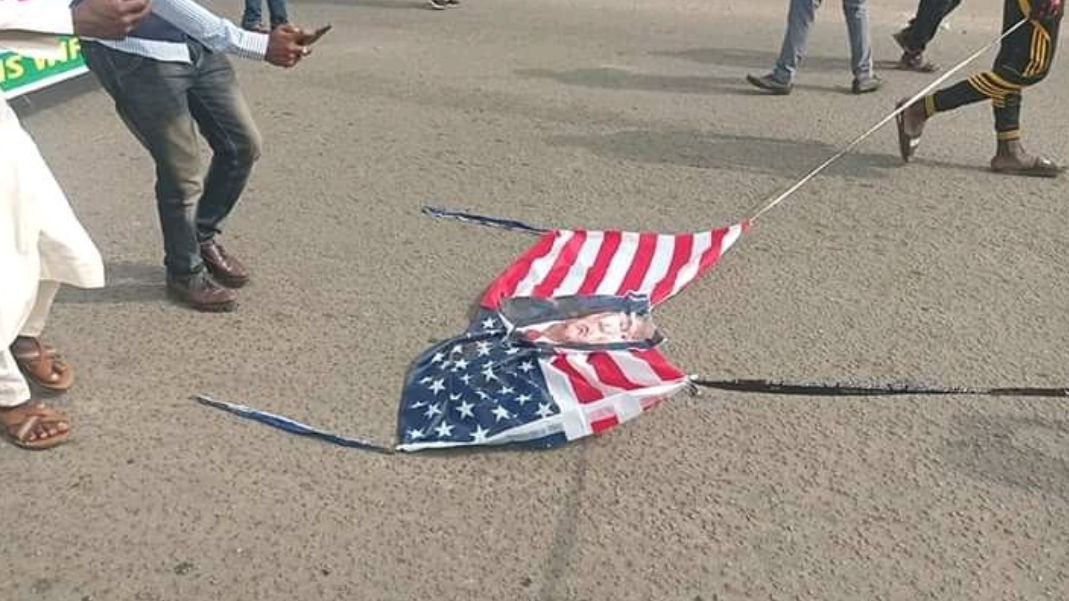 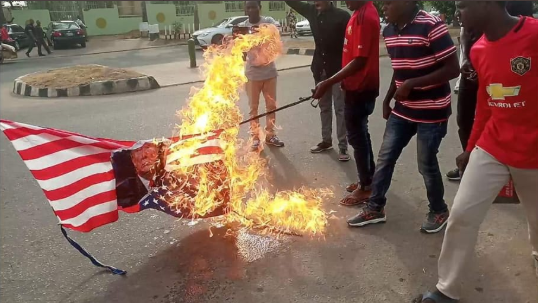 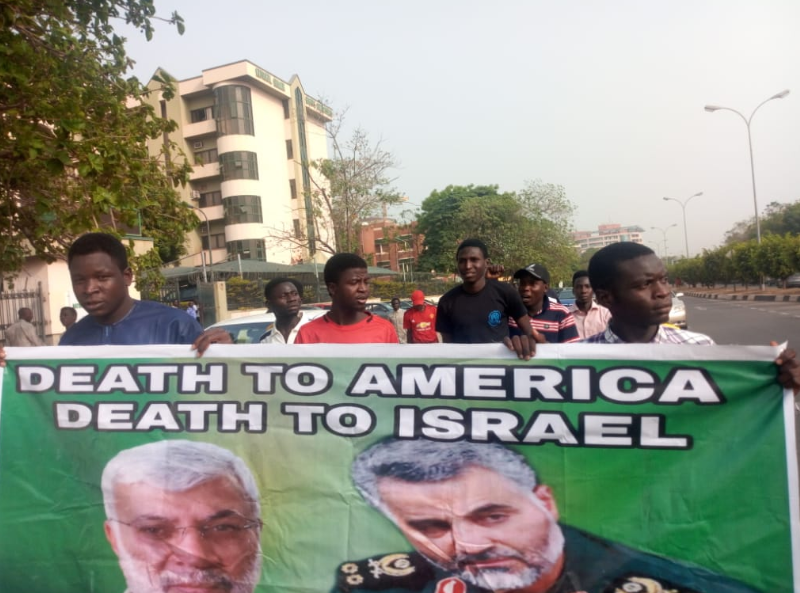