Nigerian crossdresser, Daniel Anthony better known as Jay Boogie has alleged that he was attacked buy some group of people he tagged “trans hunters”. 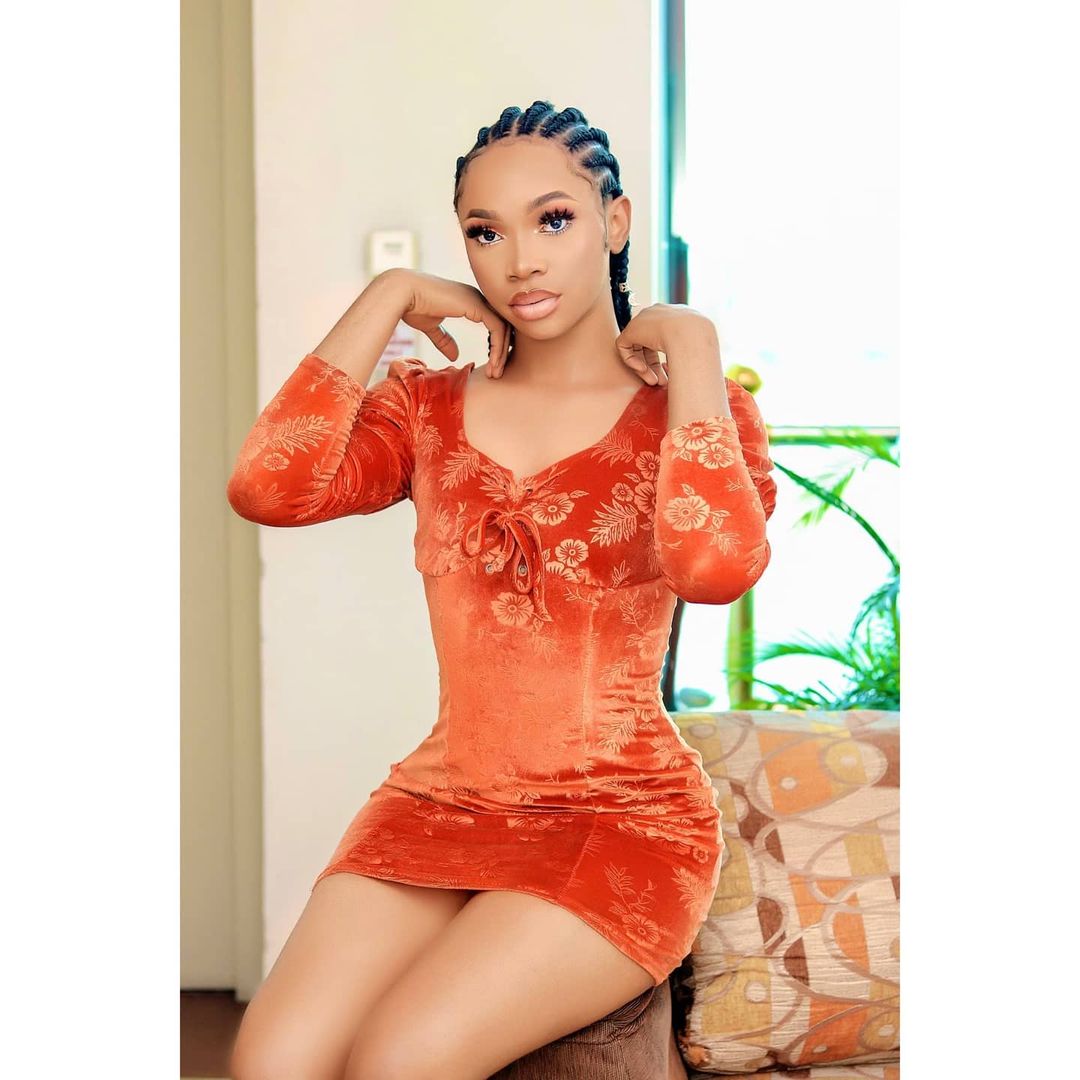 Recounting the awful experience, Jay Boogie described the past few days as rough as he claimed he was apprehended, molested, harassed and beaten by the group.

The crossdresser while thanking everyone who reached out to him following the attack, revealed he’s trying to get over the sad experience.

“It’s been a very rough week and I saw and experienced every imagination that came with the word tough. last week I was molested, harassed, beaten and was almost killed by a group of trans hunters.

I was called names, my body parts saw hell from them and even my account was wiped, all my sweat and energy in currency gone just like that. I have never experienced such an escapade before so this is really an appalling fate I went through.

“I’m trying to recuperate in every sense and would also want to thank everyone who reached out, thank you so much”. 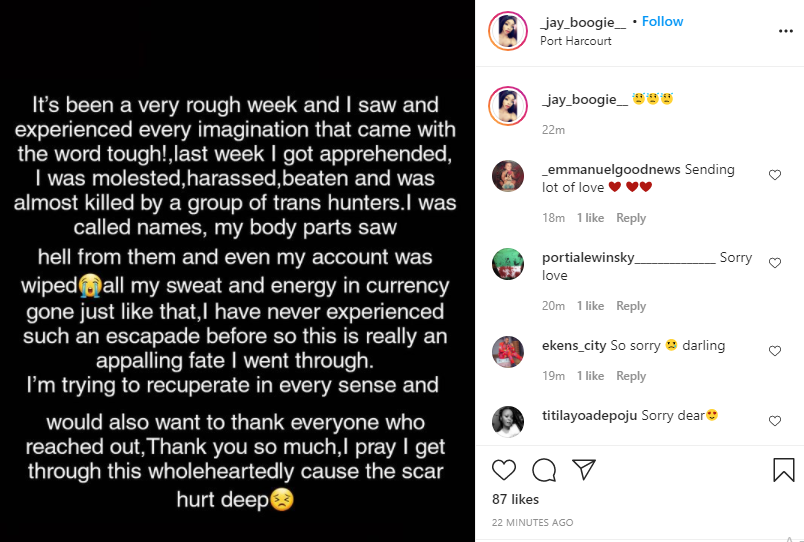 Read Also:  “I never said anything against traditionist, Pericoma, I’ve been down with this ailment for long” – Comedienne Ada Jesus speaks (video)