His wife also revealed that her husband’s views were causing a lot of stress to the family. (Read Here if you missed it)

However, in a picture, North West and her cousins wore a devil costume for Halloween which is totally against what the rapper believes in. The six-year-old was also wearing crimson nail polish as she posed up alongside her cousin Penelope Disick for an Instagram photo posted by Kourtney Kardashian on Thursday.

Read Also:  ‘I hate sweating, cooking is not for me’ – Toke Makinwa says

The eldest daughter of Kim and Kanye covered up in a long dress with festive feathers tied around her wrists and waist. 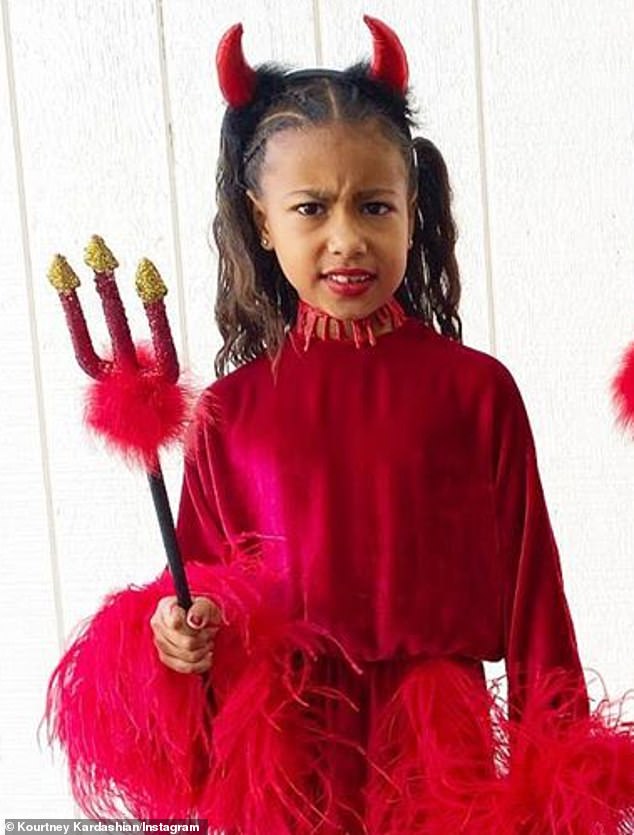 She carried her own glittering pitchfork and wore matching feathered heels, with bright red nail polish complementing her devilish display.

Penelope, seven, couldn’t choose between sides and wore a half white-half red costume as a devil and angel. 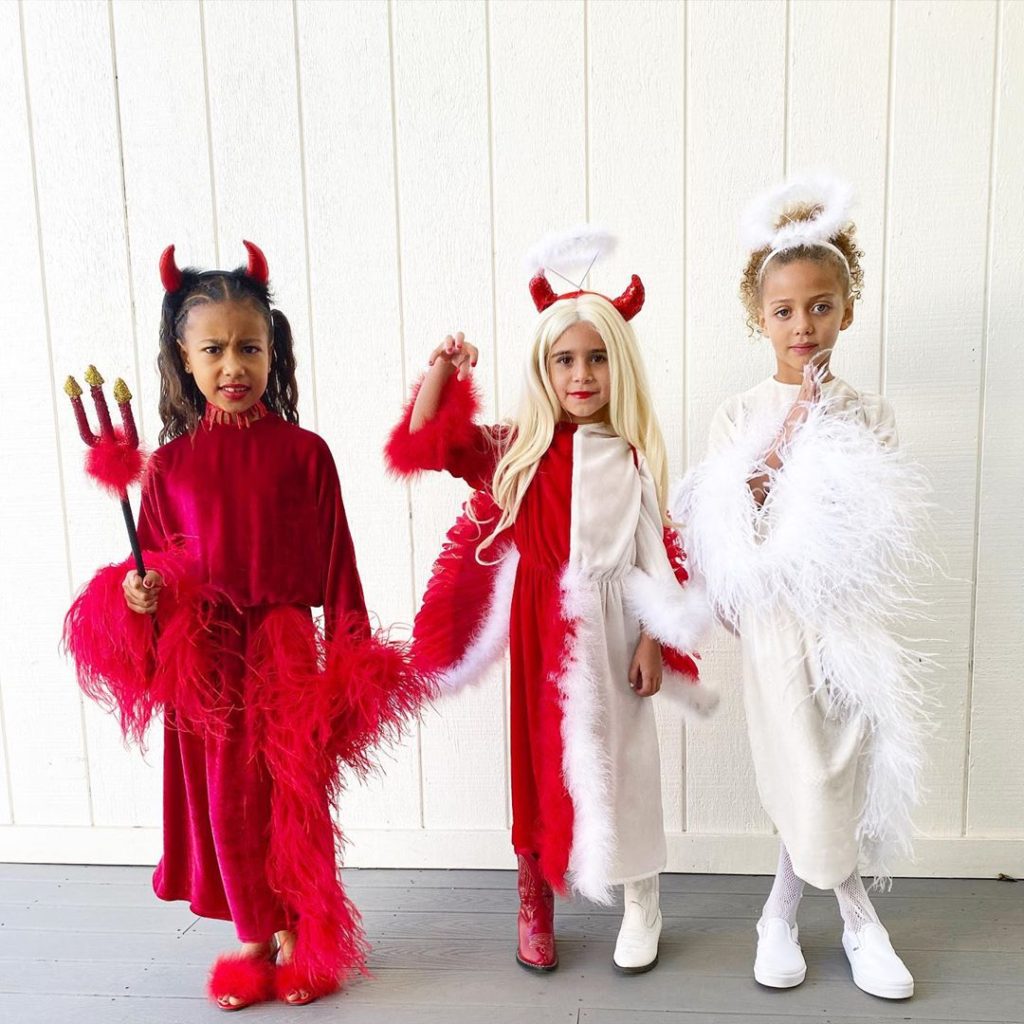