One Mr. Oyinkro Miebode was left with the total shock of his life accompanied with severe pains on June 3rd, 2020, after his wife, Maureen doused him with a pot of hot water while sleeping at their home along INEC Road, Kpansia, Yenagoa, Bayelsa State.

Reports surrounding the incident reveal that trouble started on the evening of the previous day, when he slapped her for raining insults on him because he came too early to meet her somewhere in town.

The couple had agreed to meet at 8pm, but because he closed early from work and got a lift from his boss, he got to their agreed meeting place by 7pm.

While hanging around the place of their meeting before the stipulated time, he spotted his spouse walking past him, so he ran to her to notify her of his presence, but instead, she got angry that he came earlier than they agreed.

“In shock, I then asked why she was angry that I came early. That was when she started accusing me of monitoring her. She insulted me till we got home.

I thought that we could settle the matter at home but it was hell. So out of anger, I gave her two warning slaps and instructed her to go to the bedroom and sleep.

At that point, a friend called me to come to his place for a private birthday party, and unfortunately, I came back home at about 1 am. So I was sleeping on the sofa in my living room when suddenly she bathed me with hot water.”

The wife fled home immediately but has been calling and asking the family forgiveness, noting that it was the devil that pushed her. 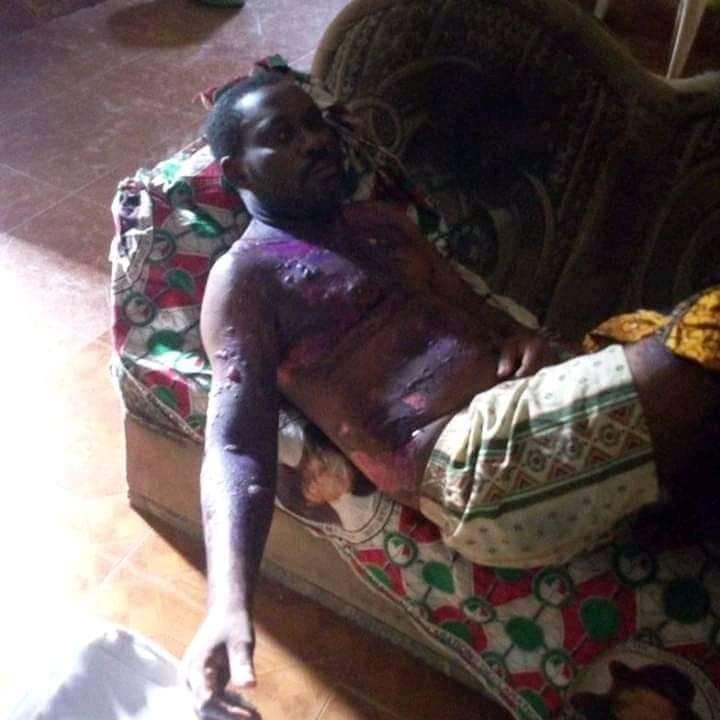 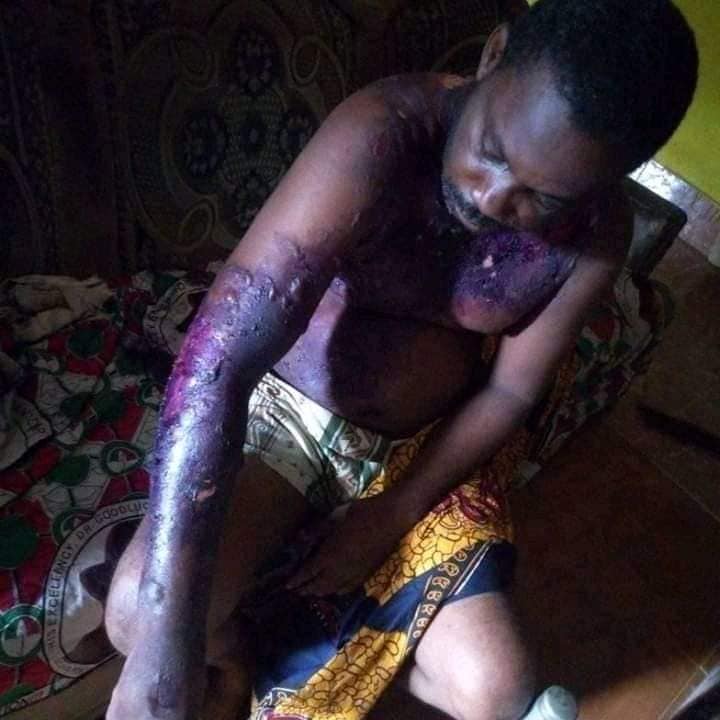 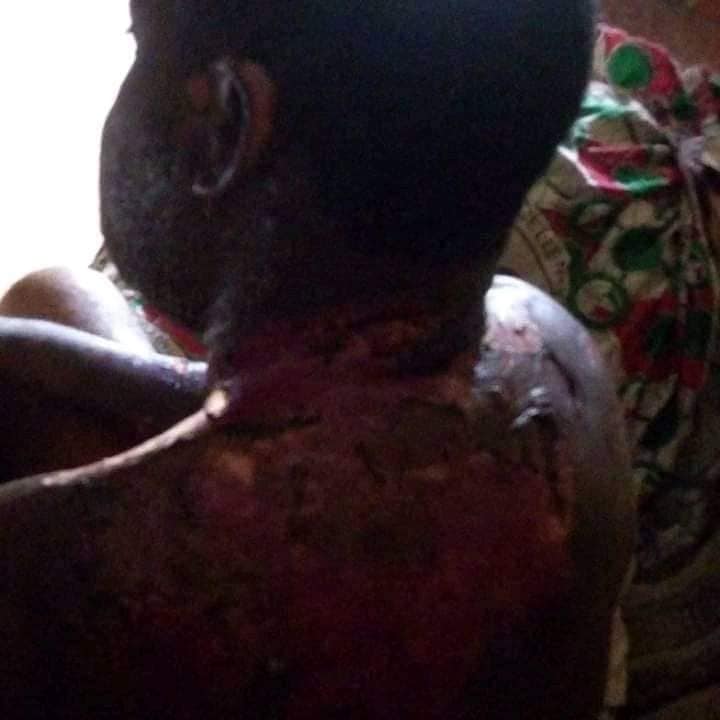 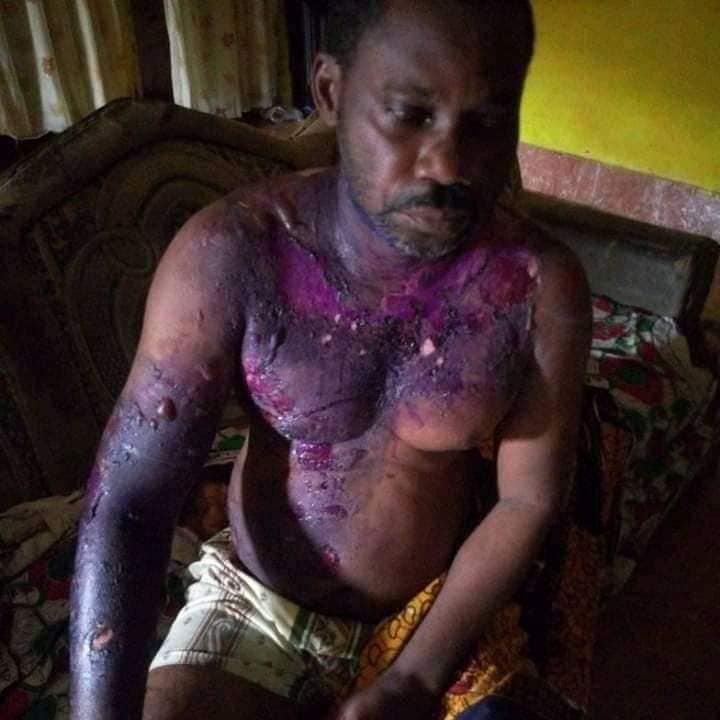 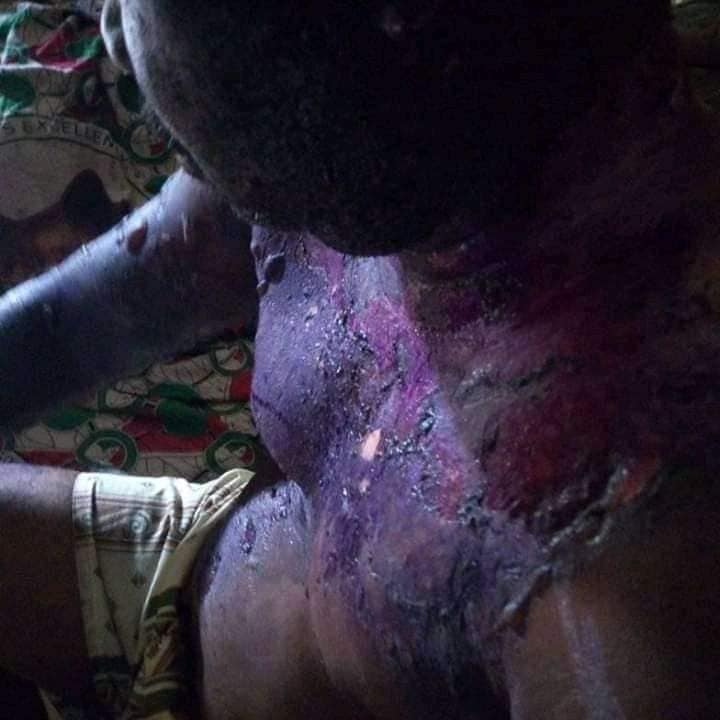