A video that is fast going viral on the internet shows an enraged lady humiliated her alleged boyfriend at a hotel.

According to reports, the lady bumped into her boyfriend at the Poshlux hotel in Benin city, chilling with her friend. 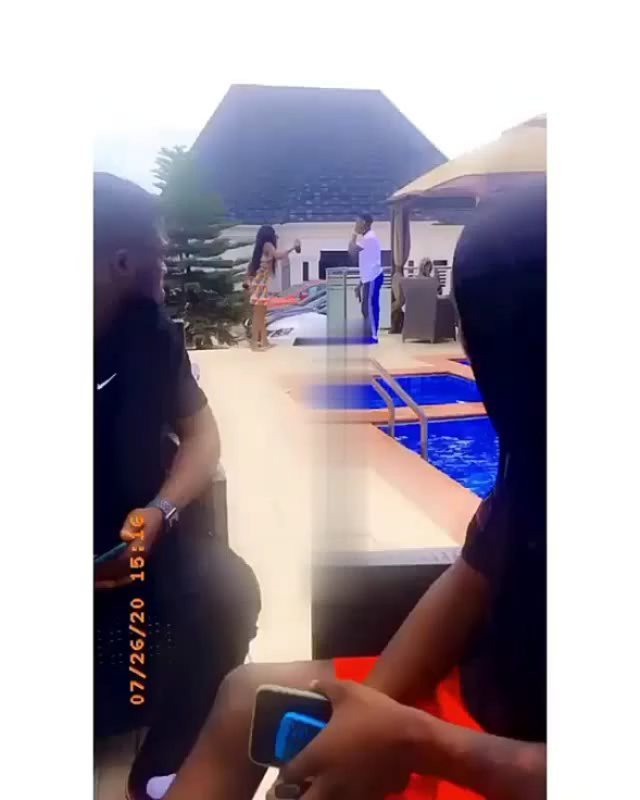 On seeing them, she got angry she hurled insults at them and accused them of sleeping with each other behind her back.

Her boyfriend tried to calm the situation but she gave him a resounding slap before proceeding to harass the other girl.

See the clip below;