A Nigerian lady has narrated how she saved an accident victim’s life despite being told to leave him because “he is already dead and this is Lagos”. 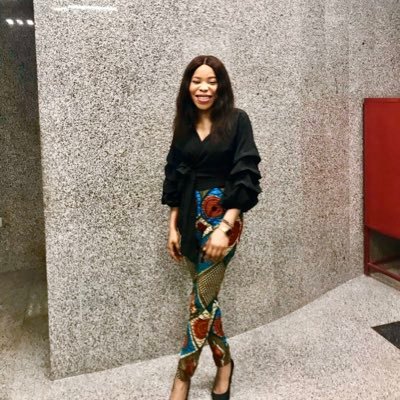 According to @Ennyy_Jewel, the accident occurred around 5:45am on February 14 at Marina, Lagos. She further disclosed that a Nigerian police van which stopped after being flagged down, left without helping.

TECNO to sponsor a couple’s wedding reception to the tune of N1.5M Naira 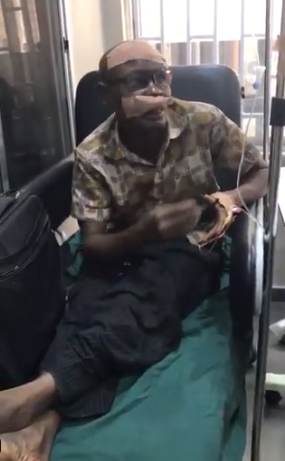 The victim who seems to be in his late 50s survived the accident which left him with a head injury, after being rushed to the hospital. 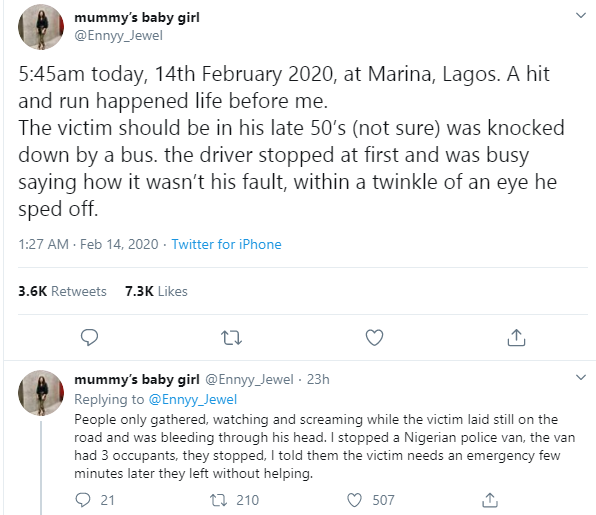 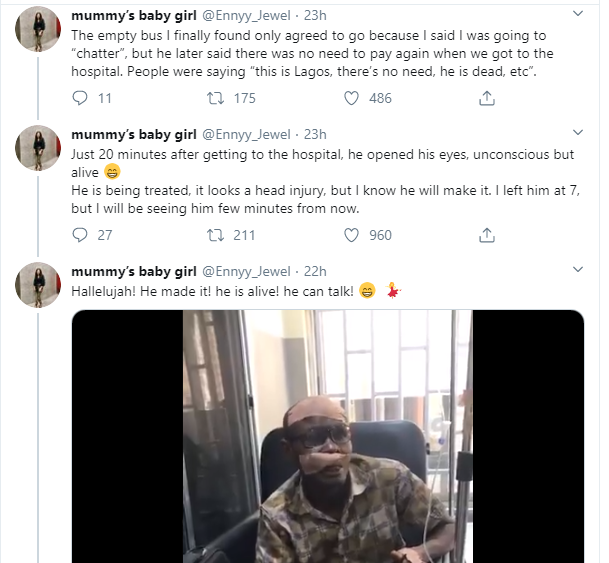 Just 20 minutes after getting to the hospital, he opened his eyes, unconscious but alive 😁
He is being treated, it looks a head injury, but I know he will make it. I left him at 7, but I will be seeing him few minutes from now.

Lady narrates how she was willing to take up a new way of life for the Muslim man she wanted to marry but his family rejected her because she’s Igbo
Please Share this:
AD: How I make N225,000 Naira From the Internet Every Month