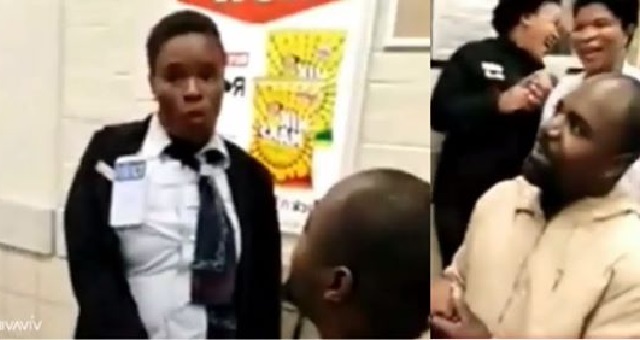 A yet-to-be identified lady has gone viral on social media after she was captured bluntly rejecting her boyfriend’s marriage proposal.

In the video, the lady is seen repeatedly and emphatically saying NO yet, the man who looked really perplexed stayed his knees begging her to spend the rest of her life married to him

Amidst the cheer of the gathering crowd, as well as the several pleas of the man in question,which lasted a couple of minutes, the lady tries to yank off her hand repeatedly and yells No, numerous times

Read Also:  Hilda Dokubo calls on Pastors with supernatural powers to heal those infected with coronavirus