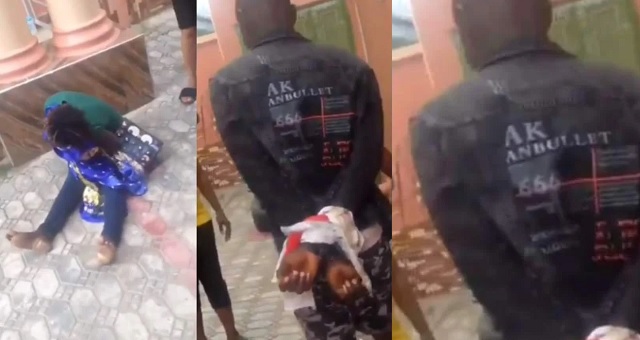 An unidentified lady reportedly ‘ran mad’ in the Badagry area of Lagos state and caused serious pandemonium in the process.

According to a video which has gone viral on social media, the lady had slept overnight with a young man simply identified as Solution. The next morning, she started displaying signs of insanity.

It was gathered that the lady initially started acting erratically before she started shouting the name of her host.

Solution was subsequently apprehended and dragged to the police station.