A lady has shared the reaction her mother gave after seeing one of the photos from a photo shoot session she’d had.

In the screenshot of the conversation with her mother which has now been shared on social media, the lady’s mother confronts her about the particular picture she saw. 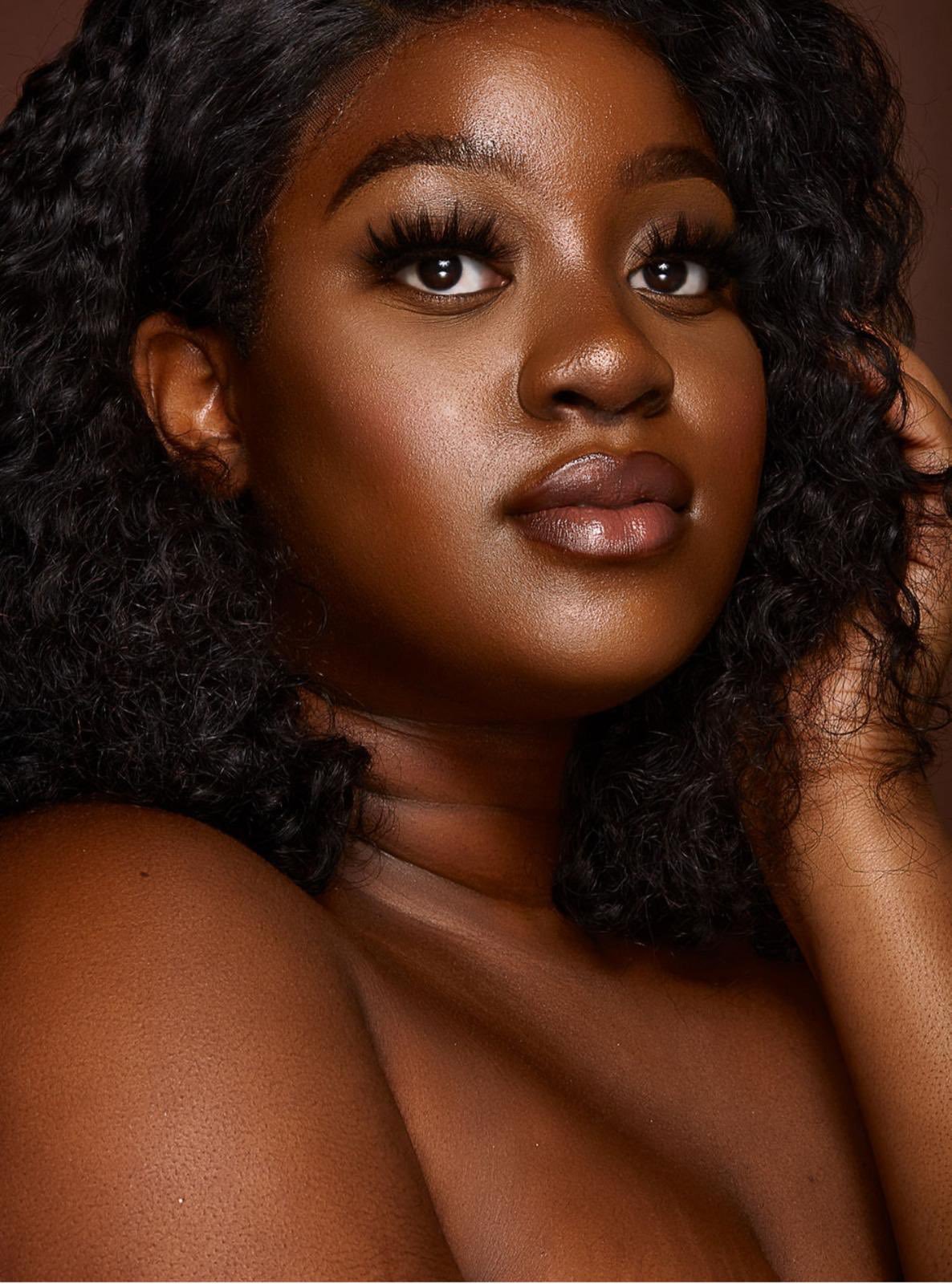 After telling her mother that she wasn’t nude in the photo, her mother went on to scold her about her act as she says she didn’t put into consideration the effect the photo might have on their family.

The conversation has since gone viral online with a lot of people relating to how extra their mothers can be when situations like this arise.

Read their conversation below, 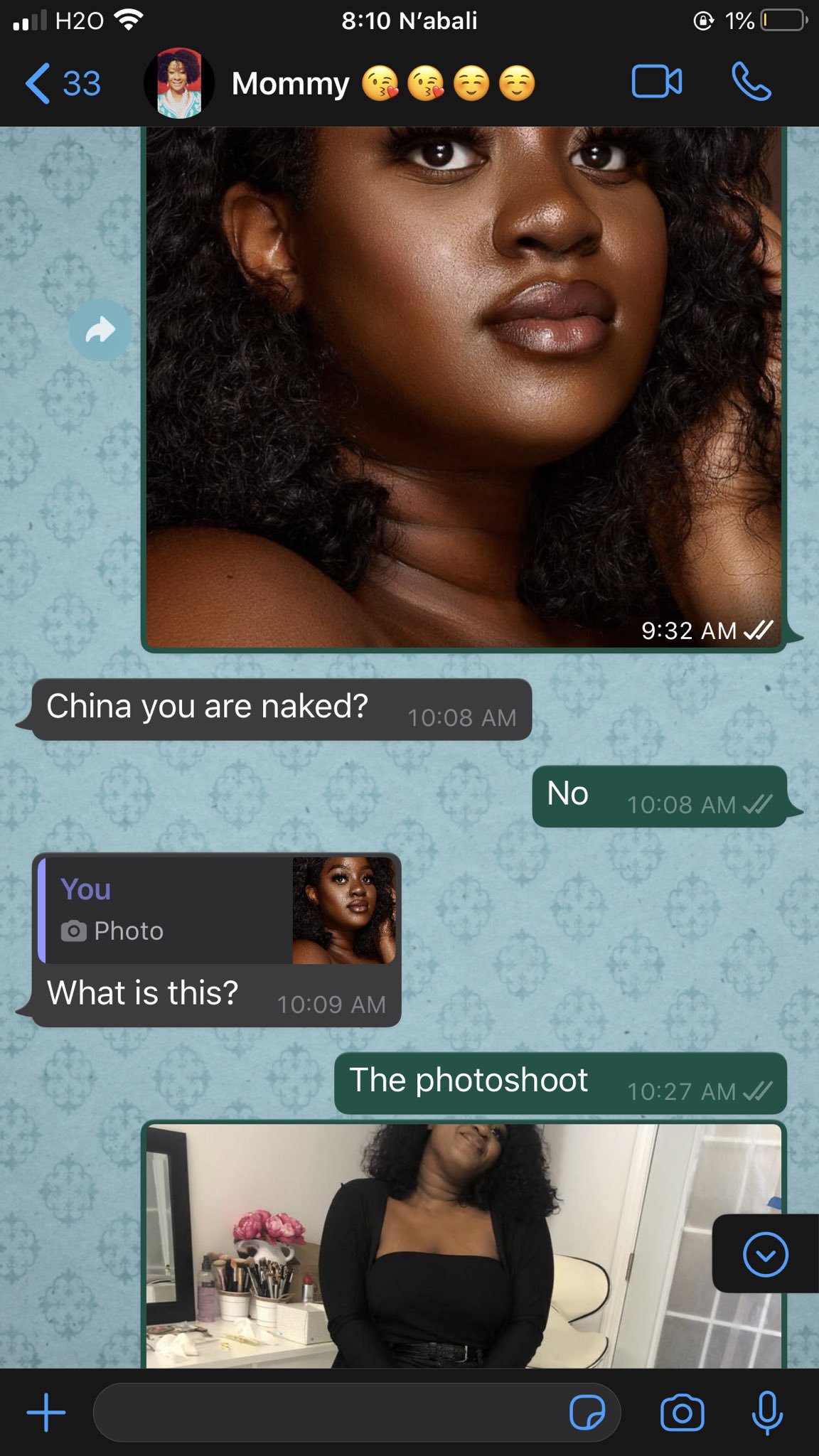 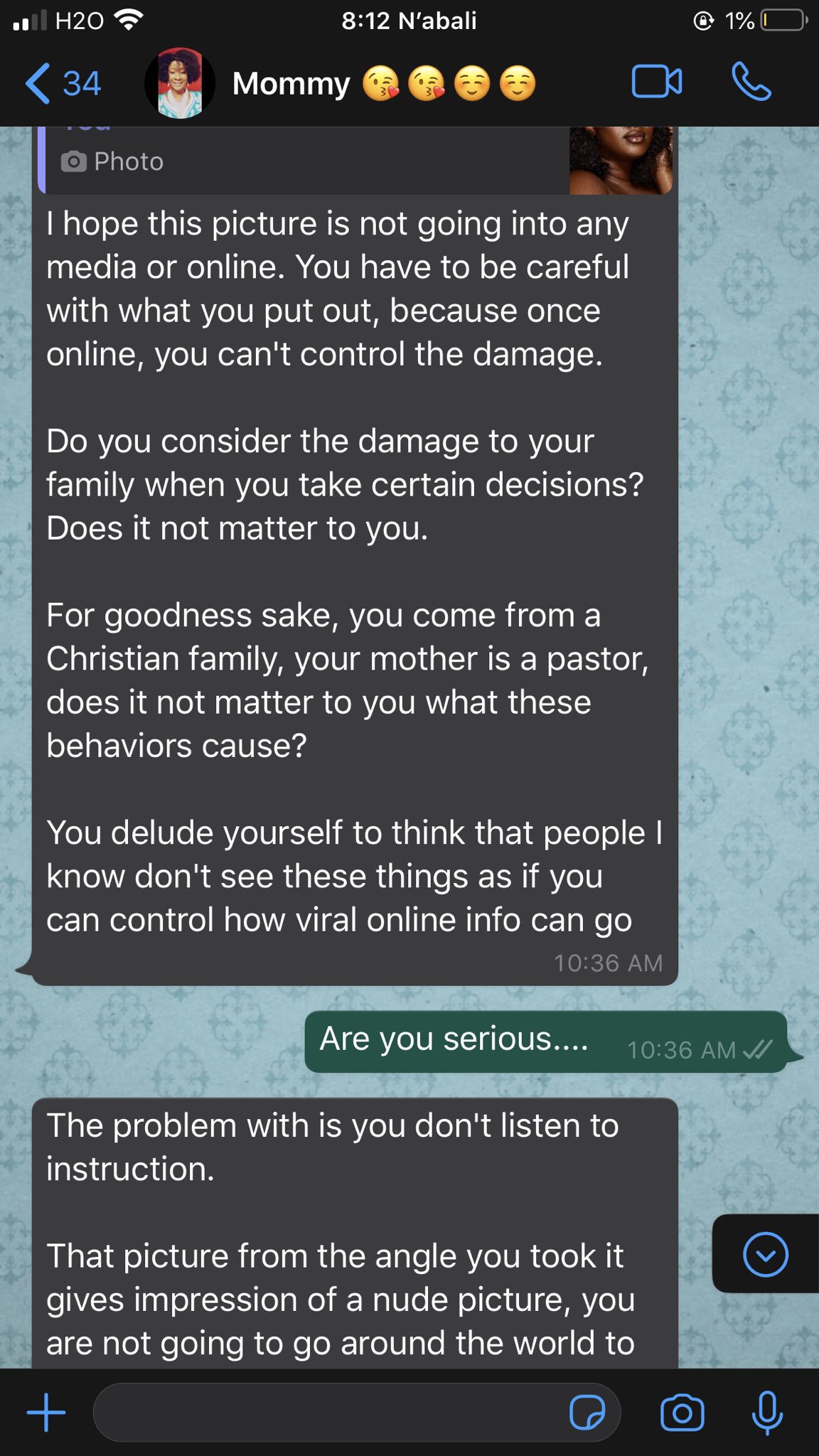 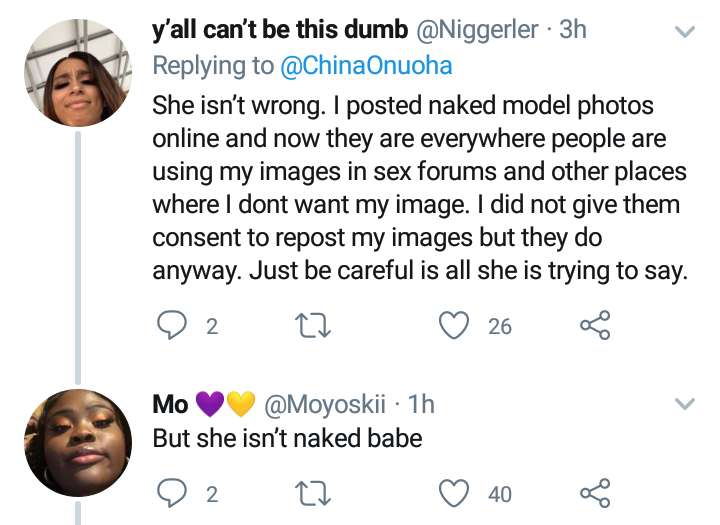 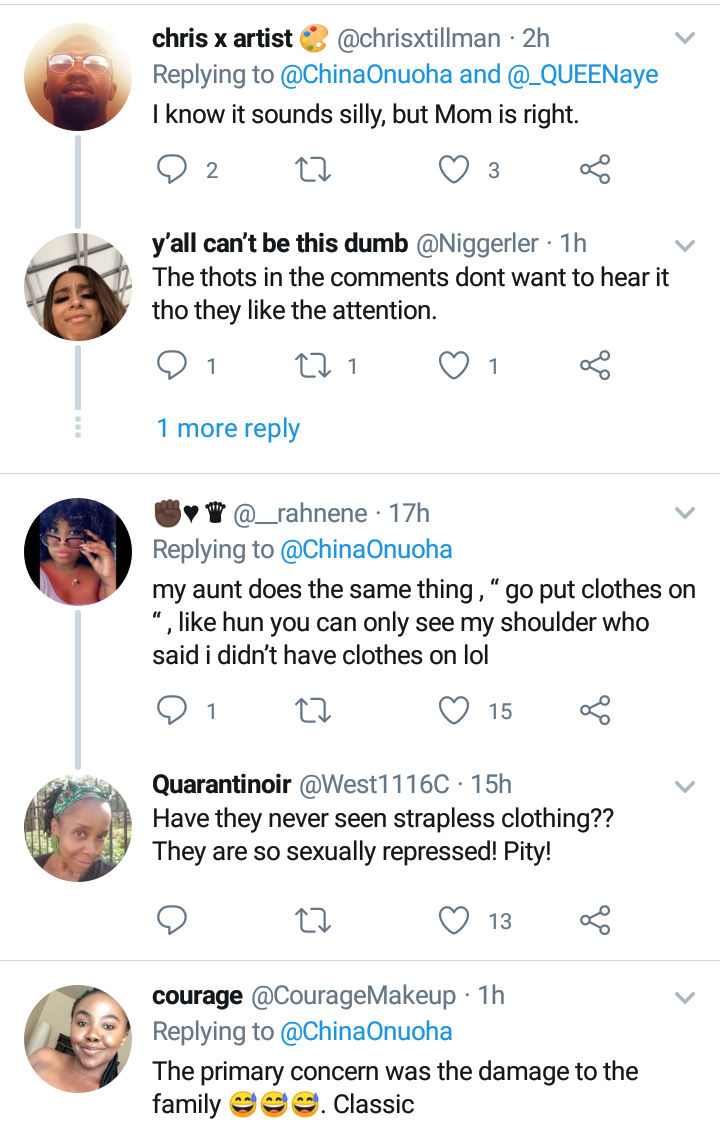 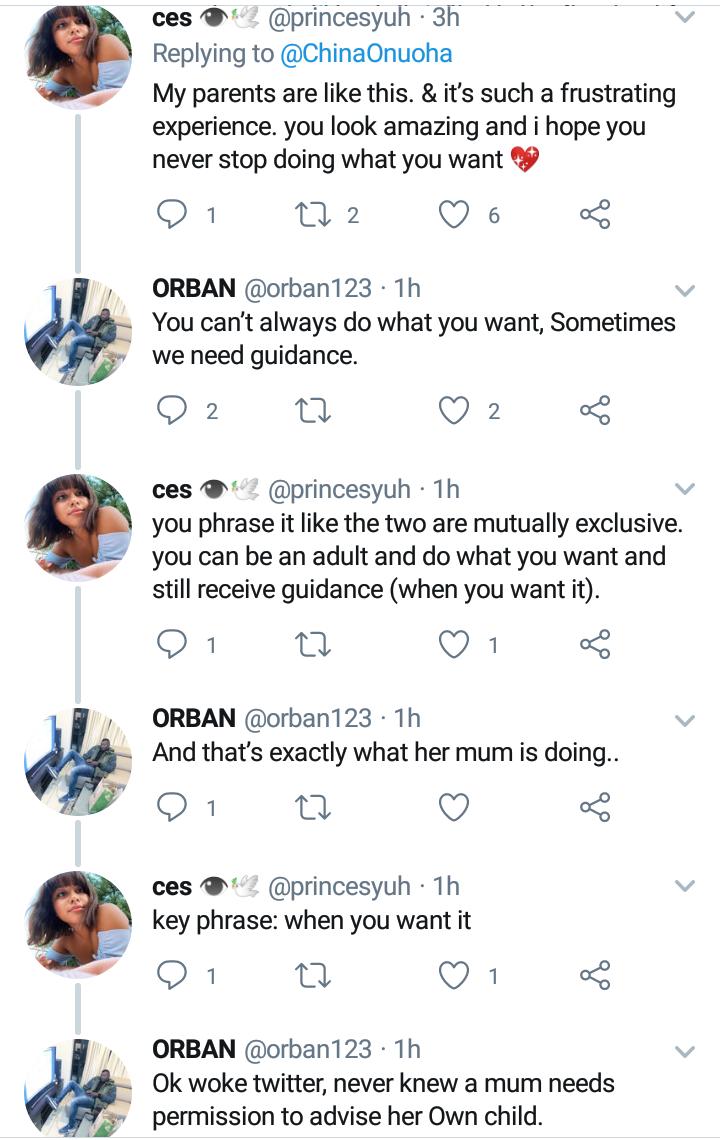