Ogechukwu took to Twitter to share screenshots of the messages she received from a Bolt (formerly Taxify) driver at an odd hour of the day.

Earlier in the day, Ogechuwku had requested for a ride from the ride-hailing platform, and she was picked and dropped up by Chibuzor at her NYSC camp.

Moments later at about 1:04AM, the driver who identified himself as Chibuzor buzzed Ogechukwu on WhatsApp so they could be friends.

Not okay with this, the Lady who was shocked by the lack of professionalism from Chibuzor cautioned him against texting her further.

She made it clear to him that she did approve of his actions, he got upset and asked if she thinks she is better than him. Her message got the attention of the company the driver works for and they asked for her contact so they can address the incident. Read the messages below; 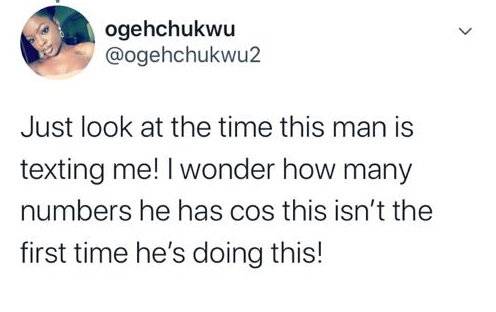 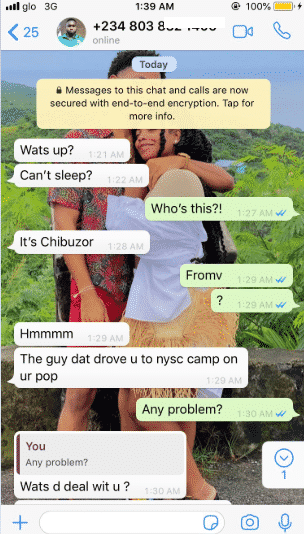 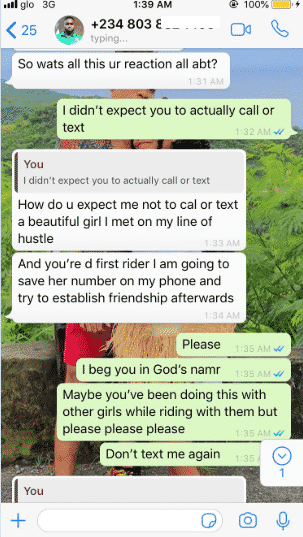 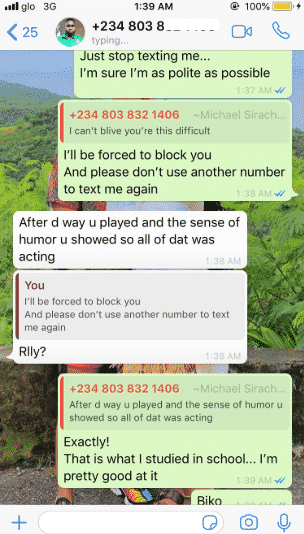 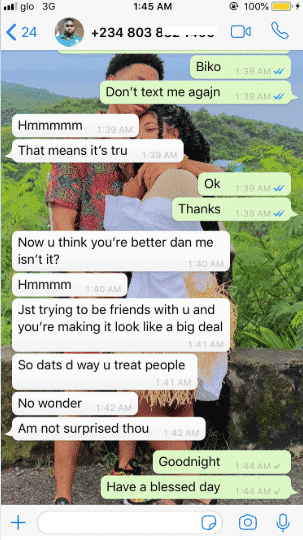