A driver identified as Williams Kwaghve, 23, who allegedly absconded with his employer’s Toyota Camry Car with Reg. Number SMK 153 DP same day he was employed has been arrested at a hideout in Lagos after about three years of Police manhunt. 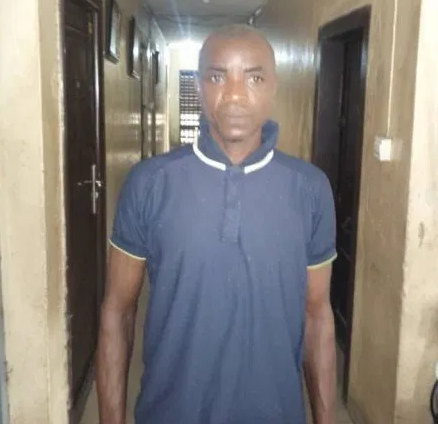 The suspect who hails from Benue State, North Central Nigeria was arrested by the police from the Ikoyi Division, Lagos following a tip off.

Police alleged that the incident occurred on 14 February, 2017 when the complainant, Abdullahi Jelili, reported to the Divisional Police Officer, DPO in charge of Ikoyi Division, Lagos, CSP Tijani Mustapha N’aaba that he gave his Toyota Camry Car valued N1.5M to the driver for commercial purpose on 14 February, 2017 and that since then he has not set his eyes on him and the car.

He said the suspect immediately he disappeared switched off his phone. Following the report, N’abba directed his team led by Inspector Tope Ijatuyi to fish out the driver and recover the car. The police team eventually arrested the driver at a hideout in Lagos after about three years of manhunt.

During investigation, according to the police, the suspect allegedly confessed to the crime and said that he sold the car off to a strange buyer and that he deliberately secured the job with the complainant to steal his vehicle. The suspect was charged before the Igbosere Chief Magistrates Court on a two count charge of stealing.

Police prosecuting counsel, Inspector Rosemary Ehimegbe told the court in charge No N/61/2019 that the accused committed the offence on 14 February, 2017 at Falomo, Lagos.

Read Also:  “The day my husband asks me to pay halves on rent is the day I pack my bags” – Lady declares

Ehimegbe said that the accused stole his employer’s Toyota car and sold it off at a give away price and escaped before he was arrested after about three years of police manhunt. She said the offences the accused committed were punishable under sections 411 and 287 of the Criminal Law of Lagos State, 2015

The accused pleaded not guilty to the charges and magistrate I.O Osibanjo granted him N100, 000 bail with two sureties in like sum one of who must be a clergy. Osibanjo adjourned the case till 28 January, 2020 for mention and ordere