The Lagos state government has limited all social gatherings in the state to 20 persons, cancelling its initial order of 50 persons. 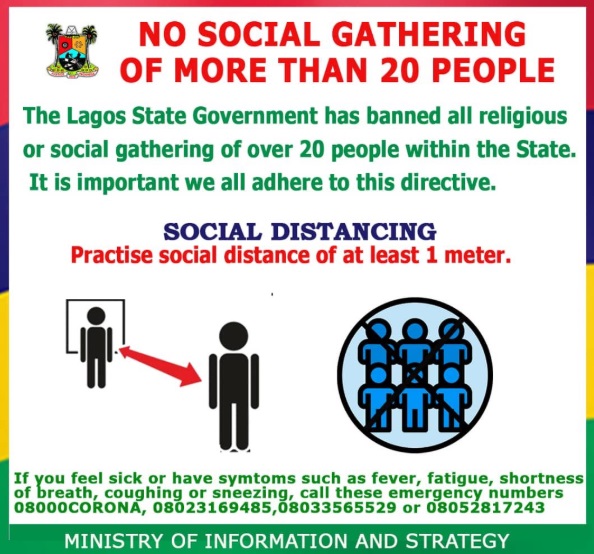 The state governor had earlier announced that social gatherings including religious gatherings would not be allowed to hold if there are more than 50 persons.

However, in a publication released by the state Ministry of Information and Strategy, the state government says the approved number for social gatherings has been reduced to 20 persons.