Authorities of the Lagos state police command on Wednesday April 29, apprehended 65 men and women for holding a party at 84 Park Hotel, Augusto Close, Oko Oba in the state. 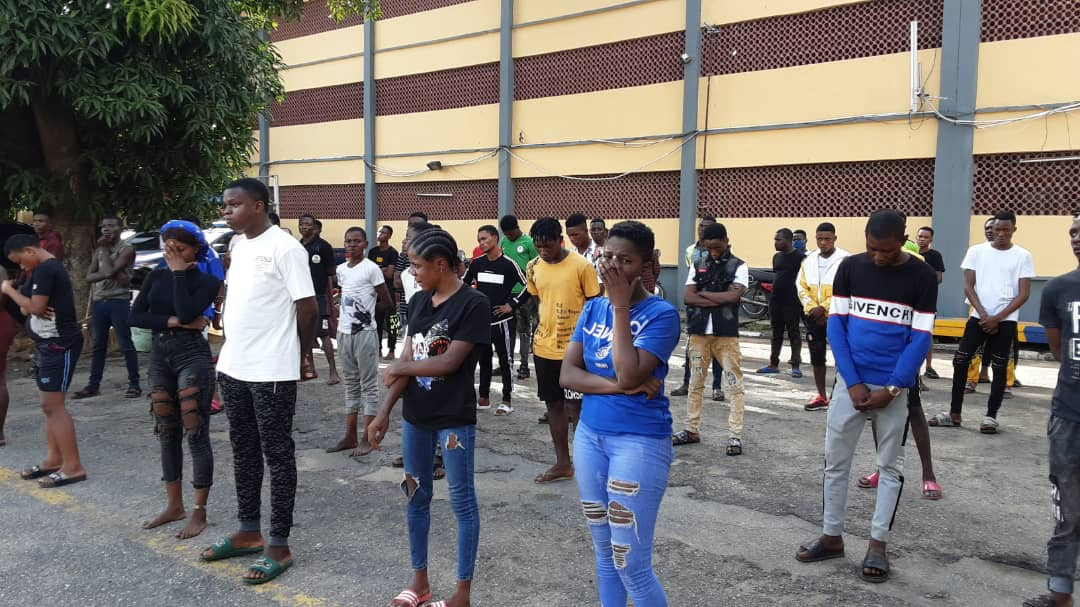 A statement released by the spokesperson of the state police command, Bala Elkana, disclosed that the suspects were arrested while consuming some substances suspected to be hard/illicit drugs as they partied within the hotel premises.

“Some of the suspects were found in the swimming pool catching fun, in total neglect of the social distancing regulations and the lockdown order. The suspects who are within the range of 16 to 45 years, confessed to have left their various homes to the hotel in defiance to the sit at home order. The Manager of the hotel is equally arrested and the hotel is sealed off by the relevant agency of the State Government” the statement read

Bala said Investigation is ongoing and the suspects will be charged to Court.

The state Commissioner of Police Lagos State, CP Hakeem Odumosu psc called on residents to continue to be law abiding. He advised parents to monitor the activities of their children, especially during this lockdown period.