A 47-year-old man identified as Uchenna Egbuchulem has been arrested by the Imo state police command for allegedly impregnating his biological daughter.

The randy man was arrested at Nduhu Alaenyi Ogwa in Mbaitoli Local Government Area of the state on May 12, following a complaint filed at the Divisional Police hqrs in Mbaitoli. 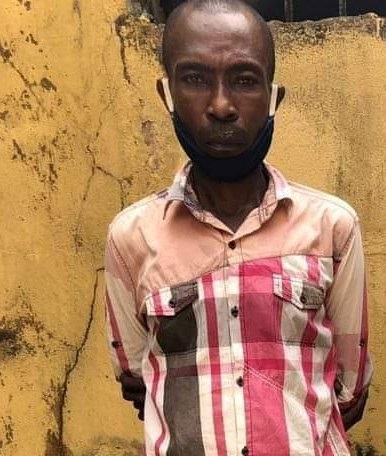 The victim identified as 17-year-old Adaku Egbuchulem was left in the custody of her father as an infant after her Ivorian mother returned to her country following the end of her marriage to Egbuchulem.

Imo state’s police spokesperson, Ikeokwu Orlando confirmed the incident and further disclosed that the suspect will be charged to court at the end of investigation.

According to investigations, Egbuchelem has been taking advantage of his daughter and threatening to kill her with a machete if she tells anyone.