A South-African man identified as Thabang Ngobeni, 25, stabbed his 3-year-old son to death because he believed that sacrificing the child would “cleanse him of the evil that has befallen him”

The body of the boy, Mohau was found in the veld with multiple stab wounds to his face and chest. 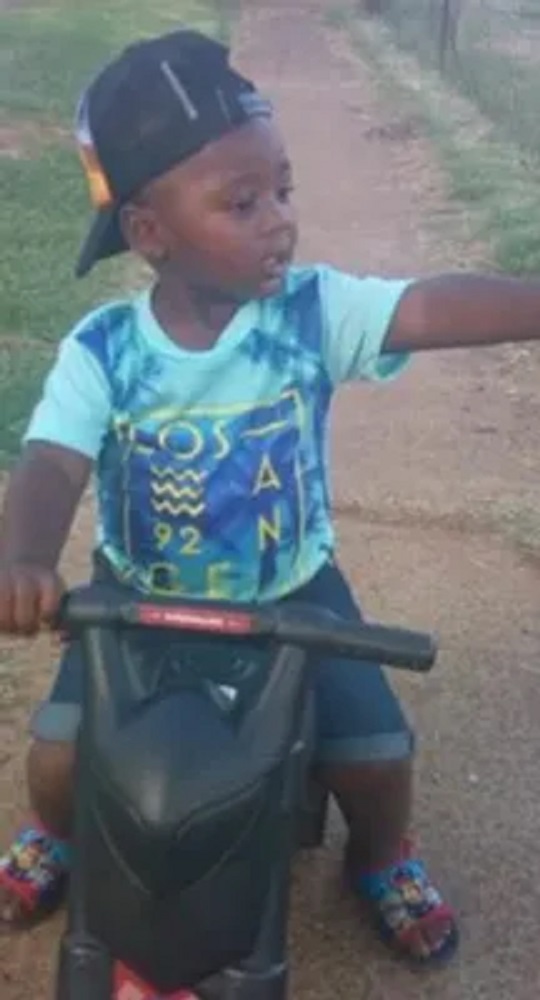 “We were alerted to the situation shortly after 16:00,” said Hercules CPF chairman, Johan van Staden. “The body was found not long afterwards.”

Xander Loubser of Bestcare paramedics was part of the search party that found the child’s body.

“When we found him, his little body was already cold,” said Loubser.

Sam Ngobeni, the murder suspect’s father told journalists that his son said he had taken the child into the veld to “offer him to God”

It is alleged that the suspect returned home later and just sat down on a chair, emotionless, his hands and clothes still covered in blood.

“He didn’t try to run away. He just sat there and told us not to worry about Thabang anymore,” a family member said.

The mother of the late toddler Thandi Ngobeni, 24, is still in shock and struggling to come to terms. After undergoing troubles they could not resolve, Thabang and Thandi separated some time ago, but are still legally married.

“How it could have happened. I do not know what got into him,” said a traumatised Ngobeni. “I was so shocked, I did not know what to say or do. All I want is closure.”

According to family members Thabang apparently took Mohau into a veld near the informal settlement on Bremer Street where the toddler was physically assaulted and stabbed multiple times.