A man identified as Sodiq Yusuf has died while swimming in the pool of the National Stadium in Surulere Lagos. 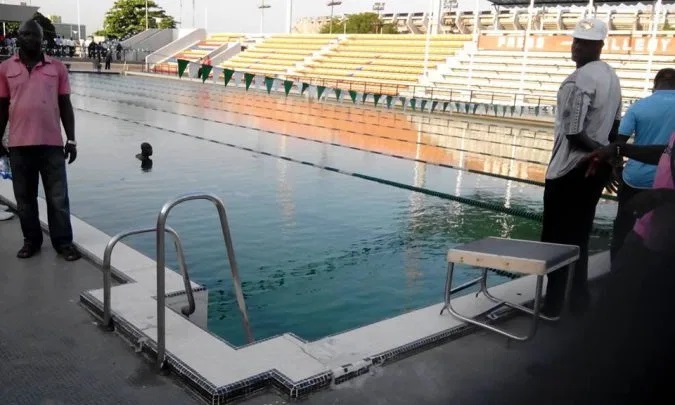 State police command spokesperson, Bala Elkana, said in a statement that Sadiq,26, was rescued and rushed to Randle General Hospital, Surulere, where he later died.

His corpse has been deposited at the mortuary.

In another water-related accident, Elkana said two persons are still missing following a boat accident at Amuwo-Odofin area of the state. A wooden boat fitted with 30HP Yamaha Engine being operated by one Adesuyi John with 13 passengers on board, collided with an NPA Tug boat and capsised.

The joint force of the police, firefighters, LASEMA and other emergency management agencies rescued 11 of the passengers after the accident. Efforts are being made to find the two others still missing.