A Nigerian man on twitter identified as @Adxpillar has taken to the platform to reveal that he has remained ‘broke’ 9 years after spending 2 hours with Africa’s richest man and richest black man in the world, Alhaji Aliko Dangote. 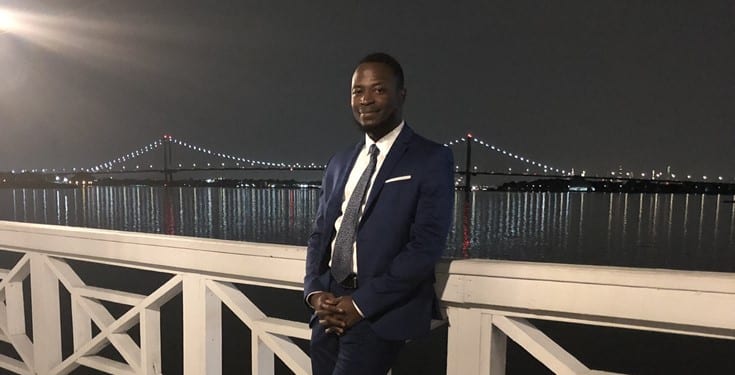 His tweet is coming after the question “10 million naira or 1 hour with Dangote” went viral and many Nigerians chose 1 hour with the famous billionaire.

I once spent 2hrs chatting with Alhaji Aliko Dangote. Nine years later I’m still broke. If you don’t take the 10m and geddifok. Don’t be stupid. 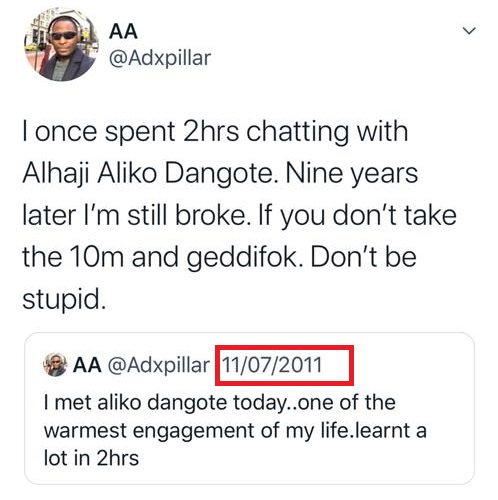 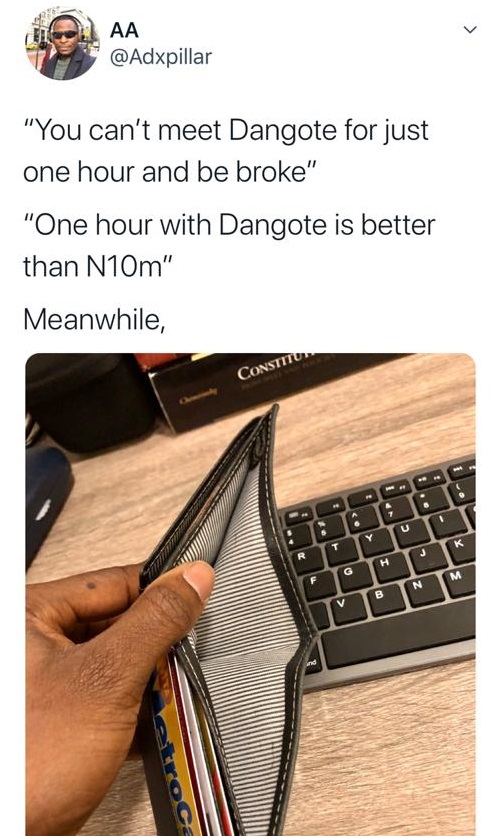 Read Also:  JUST IN: Four new coronavirus cases confirmed, 3 in Lagos, 1 in FCT, total of 40 in Nigeria.
Please Share this: