In a quite funny turn out of events between two friends, one was left taken aback when the other went from zero to a two hundred in nothing more than 30 seconds over the unavailability of a loan.

The supposed-to-be lender was asked for a loan by the lendee and after the lender revealed the scarcity of funds the lendee asked for, the lendee flared up in the most surprising way.

The gentleman took to his page to share a screenshot of their chat and of course, the conversation has left many surprised with a handful of them having a thing or two to say.

The lendee displayed a high level of vulgarity after his friend told him that he couldn’t lend him money as he, himself(lender) has something he wants to do with the money.

Well, the lendee couldn’t care less about what his lender wants to do with money cause he plans on paying it back in a short time but since he still wouldn’t lend him the money, he resorts to lashing out at him.

Read their conversation below that has people in talks, 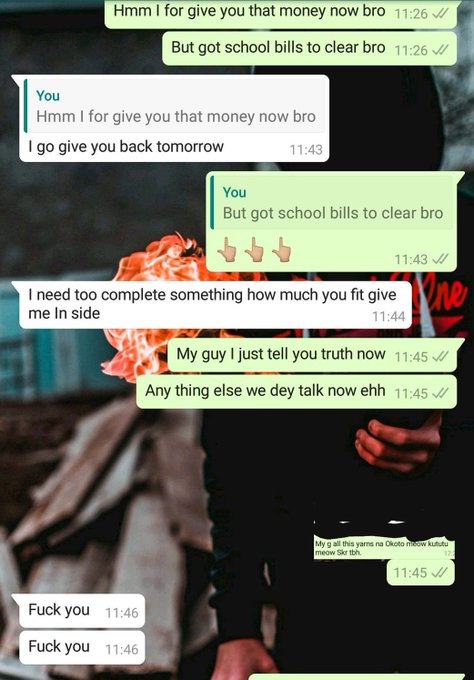 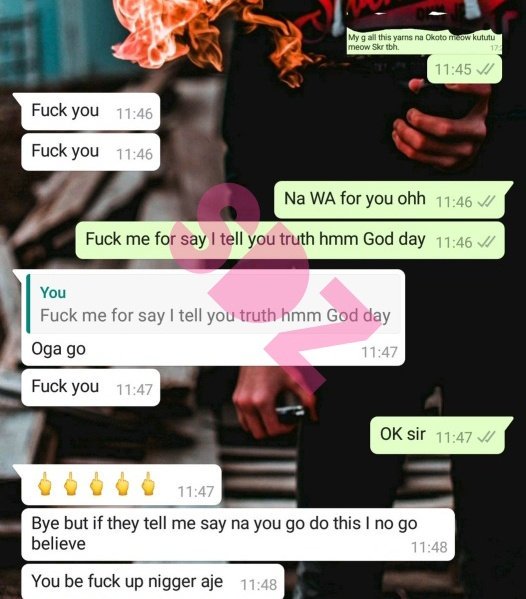