A man simply identified as Ifeanyi, has died after he was allegedly stabbed to death during a fight he went to settle at a beer parlour in Alausa, Lagos state on Thursday January 23rd.

According to LIB, a young man went into a beer parlour in the area to cool off in the evening. However, his attempt to smoke a substance locally known as ”Jedi” was turned down by the beer parlour owner. This caused an argument between both men which soon degenerated into a fight. 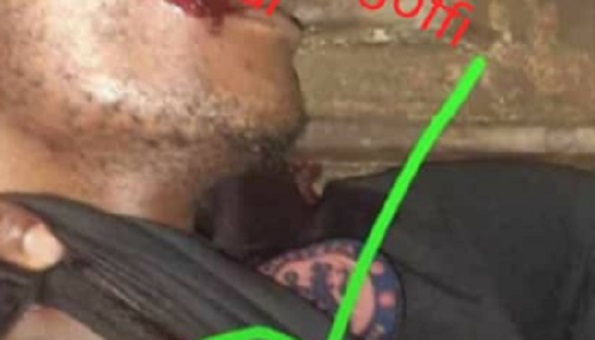 Ifeanyi who resides in the neighborhood was said to have come out to seperate the fighting men. The one who wanted to smoke the substance reportedly left the beer parlour and this allegedly angered the owner of the beer parlour who felt Ifeanyi’s intervention caused the man to speak to him rudely in his own office.

Watch a video from the scene below ;