The University of Ibadan (UI) trended on social media last night and it was not for a very good reason.

According to various reports on social media, a painter who was hired to paint hostels reportedly impregnated two University of Ibadan students. 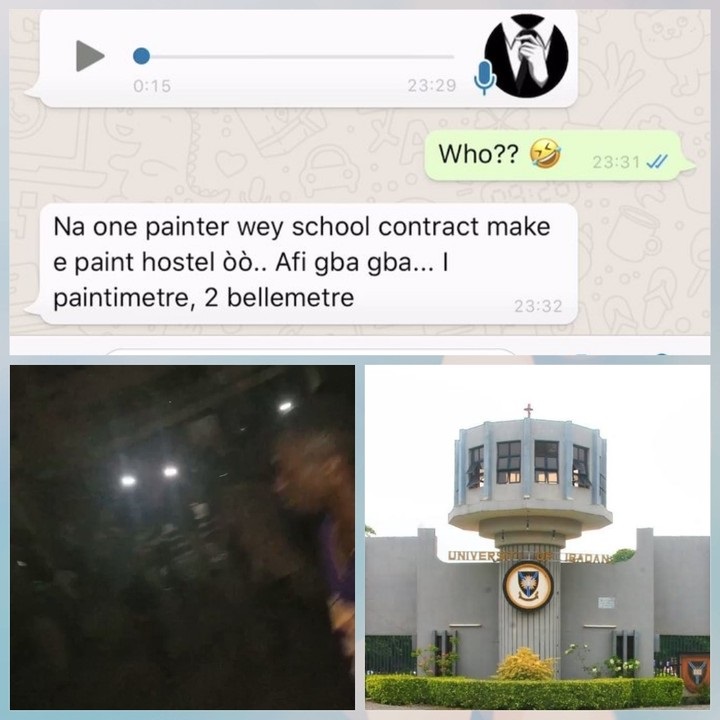 Is it safe to say the #uipainter was on the Queens Child Project? pic.twitter.com/jX10BVZTVM

Girl: What school do you attend?

Girl: wow what course you studying?

I thought Unilag is dramatic until I heard this evening that the guy employed to paint a female hostel impregnated 2 girls in U.I

Read Also:  How an old woman I was trying to help called me a ritualist – Actor, Okiemute Mrakpo recounts
Please Share this: