English Football club, Manchester United is edging closer to agree on a new deal to keep Odion Ighalo at Old Trafford after it was revealed the Chinese Super League’s foreign players are to be banned from returning until October, meaning he can’t leave anytime soon with his loan deal set to expire this Sunday. 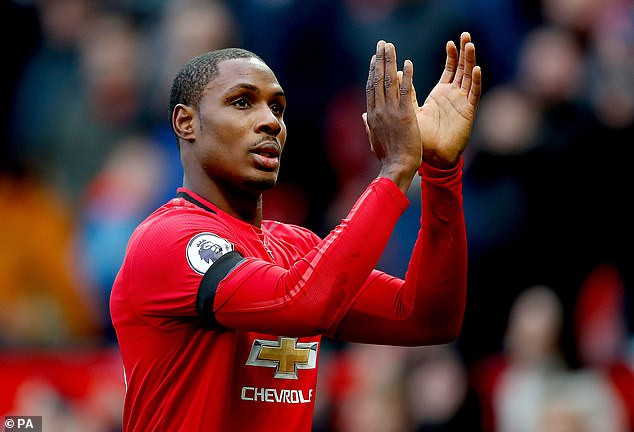 His parent club, Shanghai Shenhua had been demanding Ighalo return to China ahead of the new Chinese Super League season next month with a two-year contract extension worth £400,000 per week on the table.

At some point, the Chiness club were considering selling the Nigerian international while United only wanted an extension in his loan deal.

His agent, Ladi Salami has now revealed that an extension is close to being agreed between Manchester United, Shanghai Shenhua and Odion Ighalo.

“On the one hand, the Super Eagle [Nigerian] feels very good in Manchester with which it is very close to a salary agreement.

“Negotiations with the Chinese are ongoing and are going well.”

”On the other hand, in view of the latest regulations in force in the Middle Empire, it is almost impossible to offer such amounts.’

The news of Ighalo’s potential extension at Manchester United comes amid reports in China that foreign players may not be able to return to the country until October, with the new season set to start next month.

Sike football reporter Miao Yuan claimed in a report that up to a third of the Chinese Super League’s players are currently outside of China and face being refused entry until much later in the year.

Since signing for Manchester United on a short-term loan deal from Shanghai Shenhua back in January, the striker has made a valuable contribution, scoring four times in just three starts.