Nollywood Actress, Motunrayo Oluwakemi a.k.a Motunrayotohset, has cried out over the inability of men to take their eyes off her big butts. 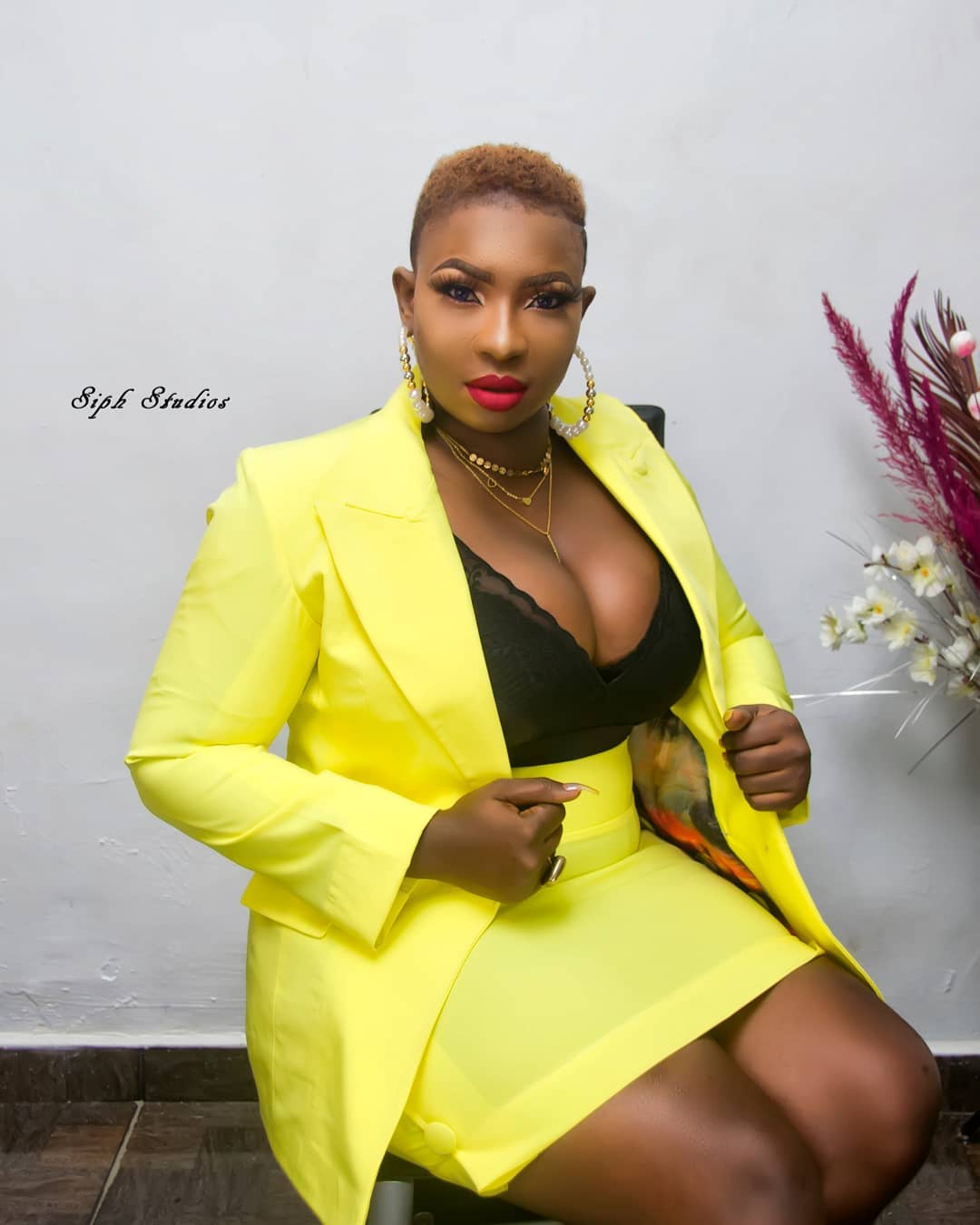 During an interview with The Sun, the producer and actress, who produced Rinsola Oloko Meta and Elegbenla, shared some of her experiences with men, Motunrayo narrated: “Sometime ago, I was in Dubai and one of my fans got to know about it. He then sent me a message on social media, asking me to name my price. I was furious and asked him what he meant by that. He said I should understand what he meant, that he wanted to send me some money to come over and spend some time with him, I blocked him immediately. I am busty but then I know the only thing my male fans like about me is my butts. They can’t just get their eyes off it.”

However, Motunrayo is engaged to the love of her life, but wouldn’t want to reveal his identity yet.

“To me, love means knowing that no matter what, you have someone to count on. It’s unconditional and makes you feel good on the inside. You can trust the person you love and you are comfortable around them. It’s like your heart tells you that it is good for you. Love never hurts nor makes you cry your eyes out. Love is selfless and unconditional. It means putting somebody else’s wants, needs and goals before yours, and never letting them lose sight of it.”