We brought you reports about how a Nigerian Lady called out Mercy for ‘lying’ about her endorsement with Moet & Chandon.

According to the lady, Cubana Chiefpriest is a distributor of Moet Hennessy, and Mercy is hiding under the guise of Cubana’s relationship with the company, to pose as a brand ambassador. (Read The Details Here). 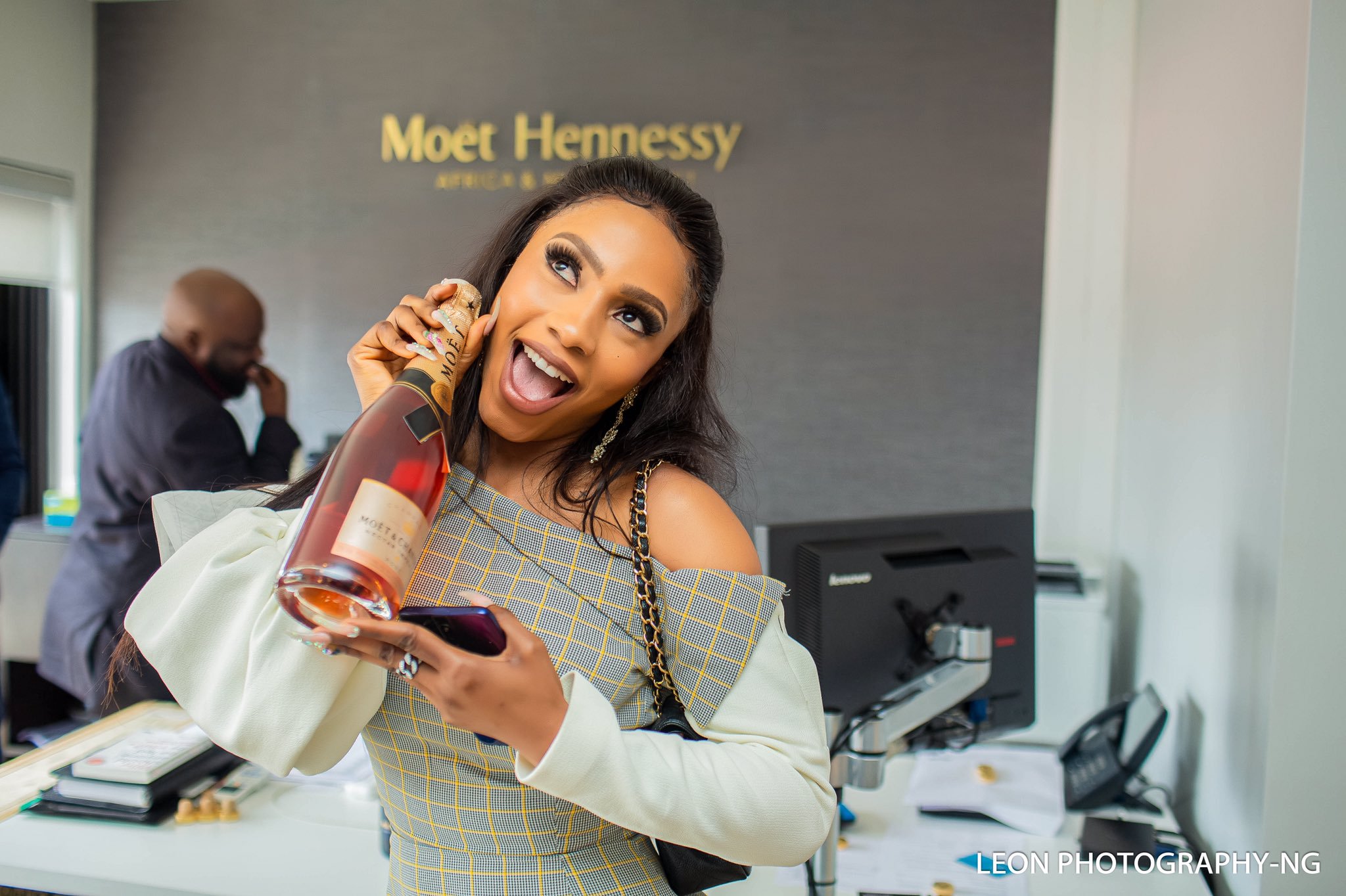 To buttress on this, Marketing and partnerships manager, Paola Audrey also shared an update to the reports that the Big Brother Naija Pepper Dem winner, sealed a deal with the French company.

Paula’s remark was in favour of the rumors as she strongly maintained that Mercy did not bag any deal with Moet Hennessy because she was not up to their standard of selection.

According to her, Mercy and Cubana only paid a visit to the company, but they did not sign any sort of endorsement, as Mercy did not fit their celebrity endorsement guideline. 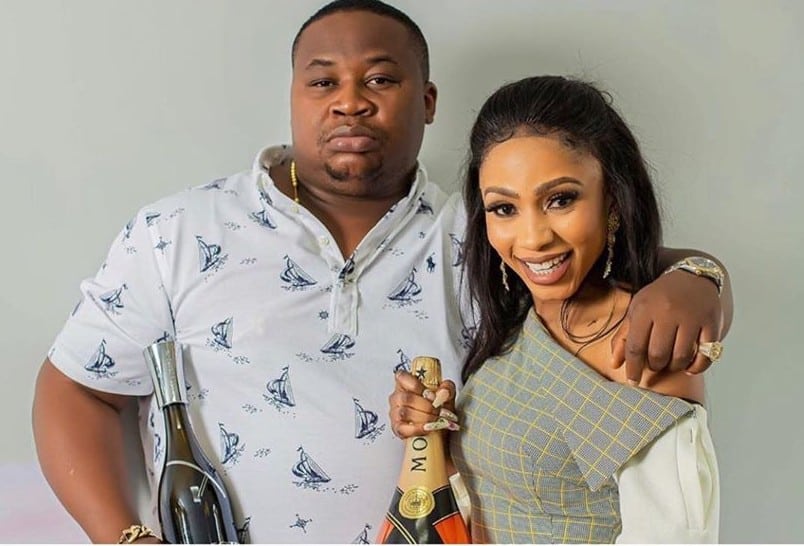 Paula also added that Mercy and Cubana’s visit to the company was not in any way related to any ‘endorsement’, so she finds it hard to understand why she would cook up such a lie.

Recall the reports became viral after Mercy posted herself on her official social media platforms about the deal.

See her tweets below; 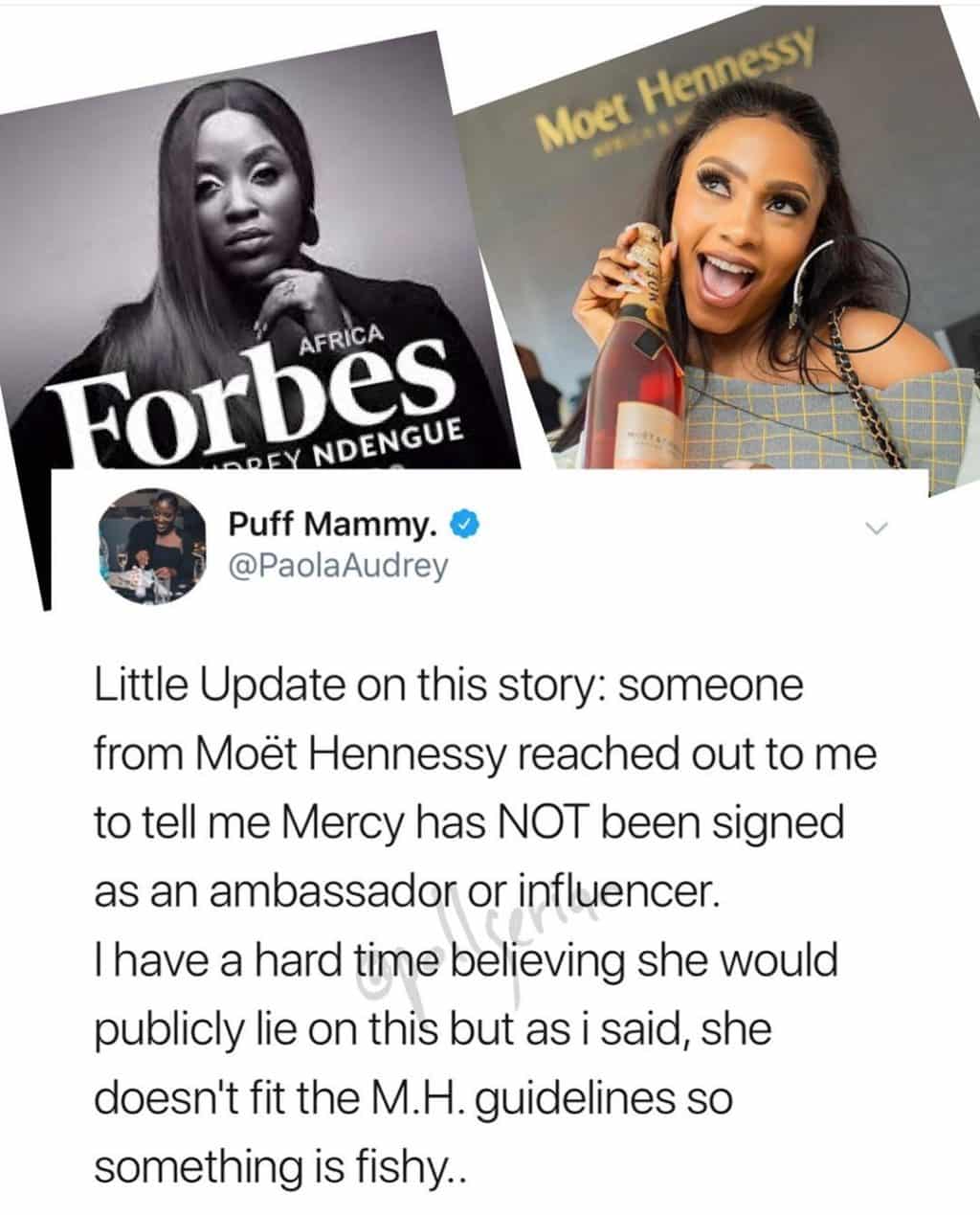 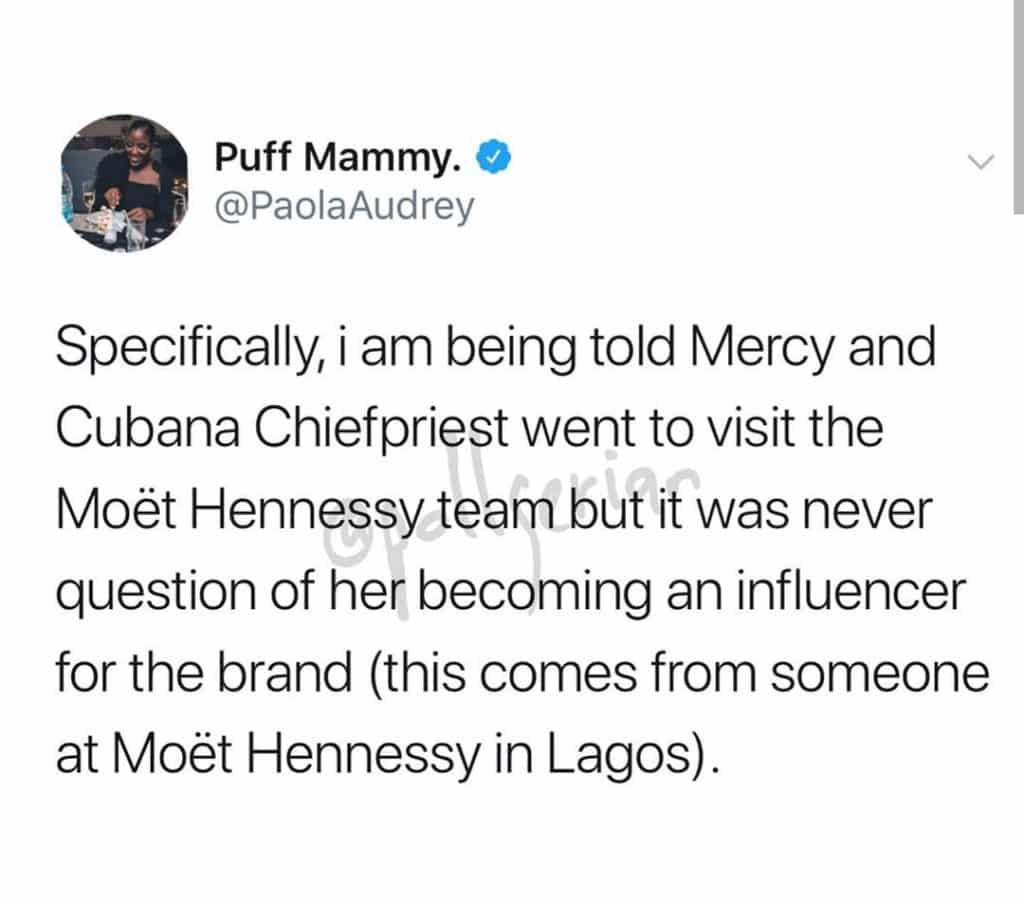 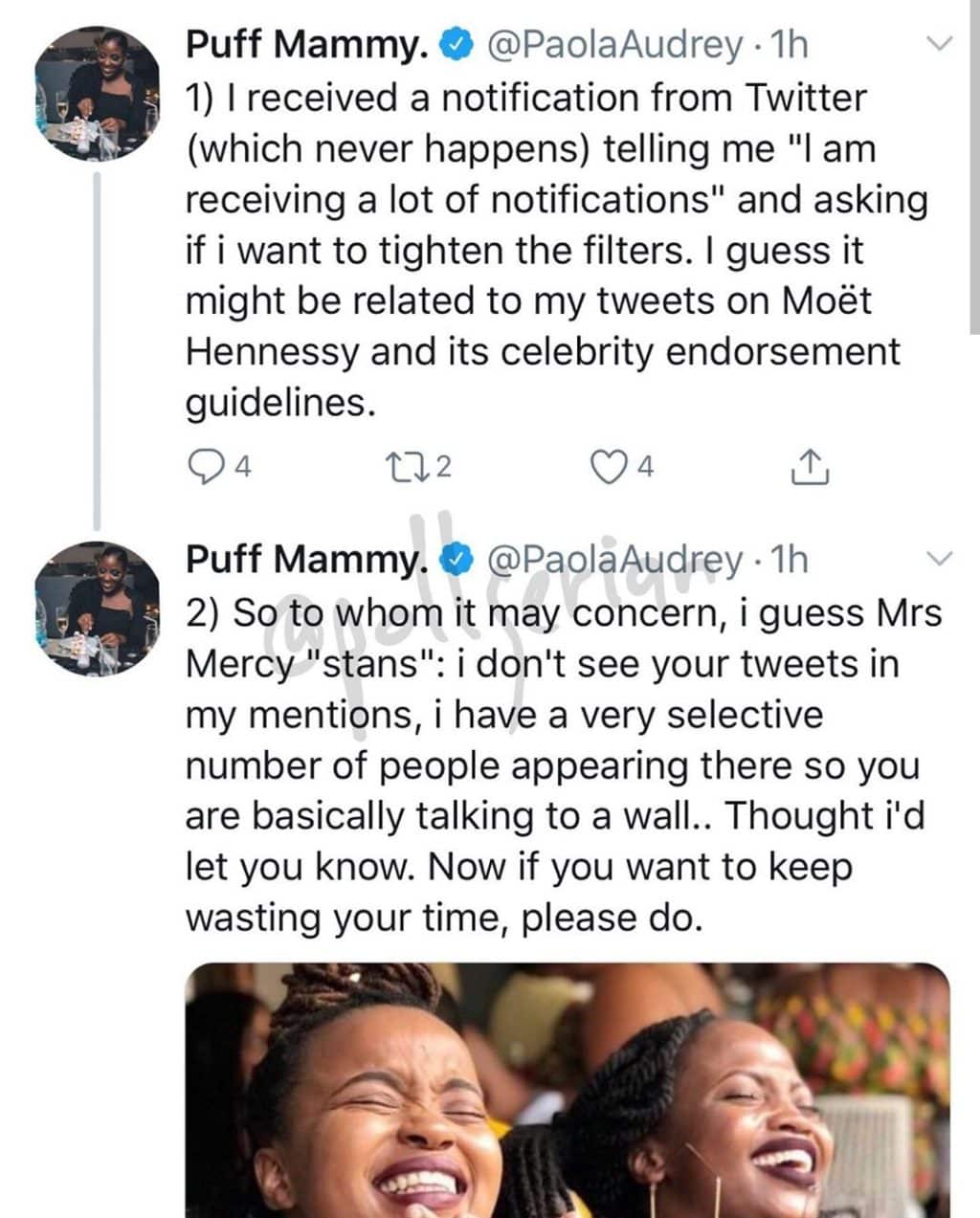