A mother’s bravery has been reported after she saved her baby’s life by rescuing him from the jaws of a killer crocodile.

The 30-year-old woman identified as Maurina Musisinyana is reported to have left her two children playing under an umbrella on the bank of the Runde River in Zimbabwe while she went fishing nearby. 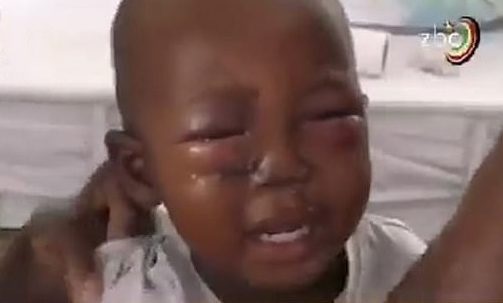 She ran dashing back to the river bank when heard a scream and found a crocodile dragging away her three-year-old son Gideon.

The mother frantically jumped on the reptile and used her fingers to block its nose, forcing it to release its grip on the boy.

“I pressed its nose hard, a tip I learnt from the elders long back. If you ­suffocate a crocodile from its nose, it loses its strength and that is exactly what I did.

I used my other arm to free my baby’s head from its jaws,” she said. 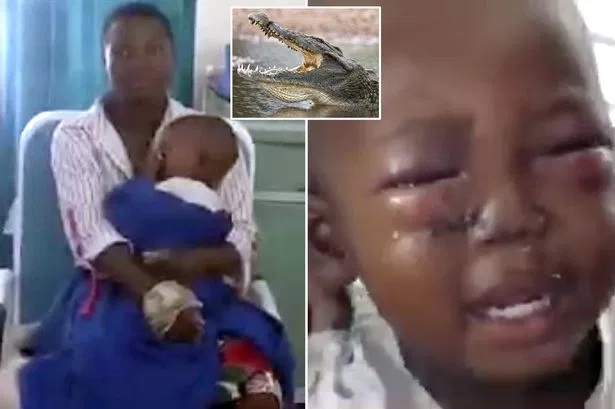 She was able to snatch her toddler son away but not without injury as the crocodile bit her hand.