Media personality, Toke Makinwa, caused a bit of trouble on twitter today when she shared a photo on the platform.

In the photo, Toke wore a tight-fitted short and the outline of her labia majora was quite conspicuous which caused a ripple effect among twitter users. 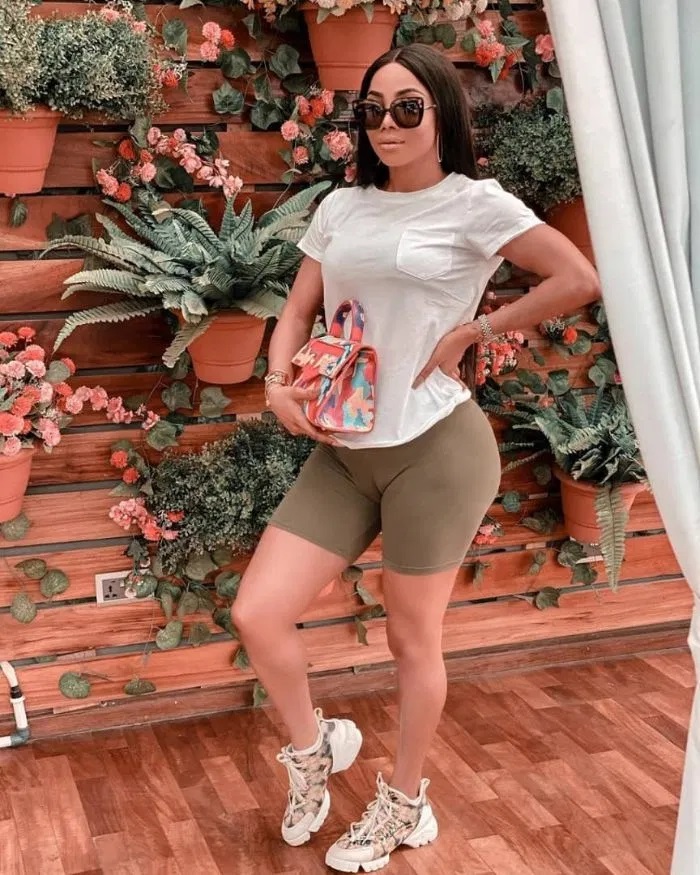 While some admired the beauty in shorts, others lambasted her saying she does anything to gain attention.

Toke Makinwa, unfazed by the petty talks, defiantly crowned her ‘camel toe’ a better celebrity as she note it has more fans than she does. She further explained that it is sweet in the middle .

My camel toe has more fans than I do *whelp*

First I was a tad bit embarrassed as I posted the pic without zooming in and then I thought there are worse things in life so hey…. I”ve got PPS and it’s sweet in the middle

BREAKING: Highlife music legend, Victor Olaiya is dead
Please Share this:
AD: How I make N225,000 Naira From the Internet Every Month