A viral video of a woman allegedly cooking her vagina which was subsequently scrubbed with an unknown susbtance, has sparked controversy on social media.

However reacting to the video, another Twitter user @spykierogue alleged that it is a 50 minute treatment and a soothing procedure.

It’s called a Vajacial. Facials for the Pum Pum. It’s a 50 minute treatment, that includes a cleanse, mild exfoliant, extractions of ingrown hairs, a soothing mask, then with a brightening serum or spot treatment. It’s a simple yet soothing procedure. 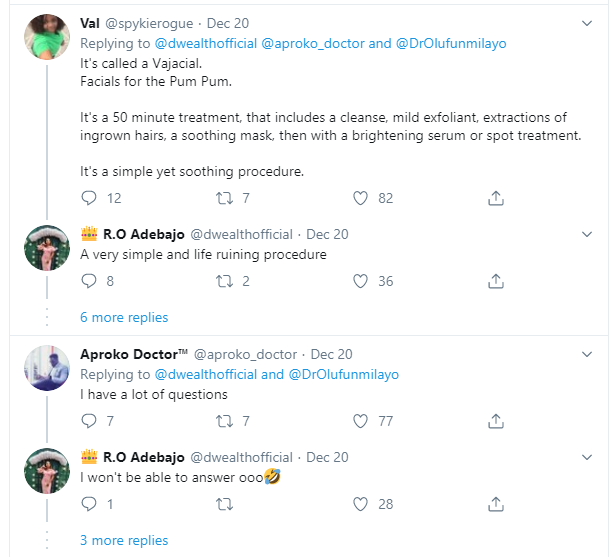 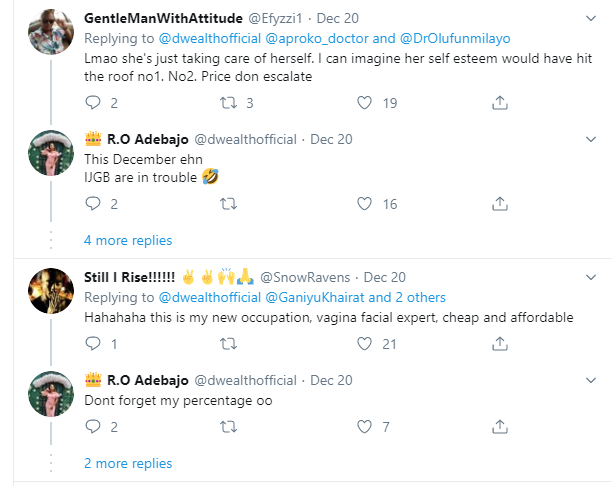 UK based Doctor @DrOlufunmilayo who reacted to the video, disclosed that new vajacial procedure can cause inflammation of the private part, irritation, skin infection, and if there is a vagina infections – may lead to pelvic infections and inability to have children. 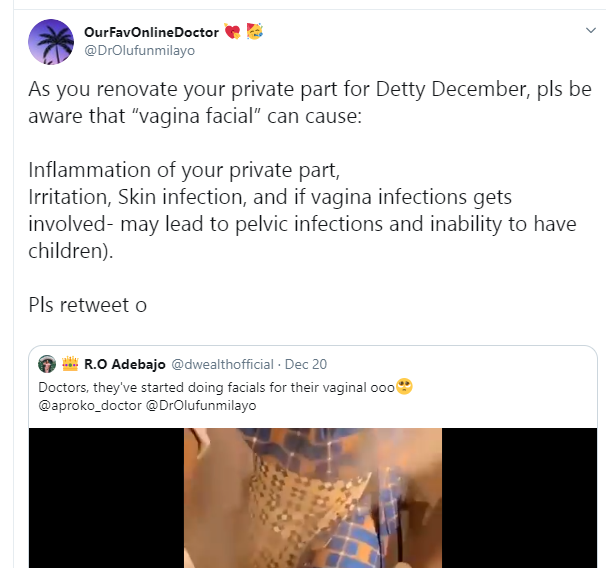 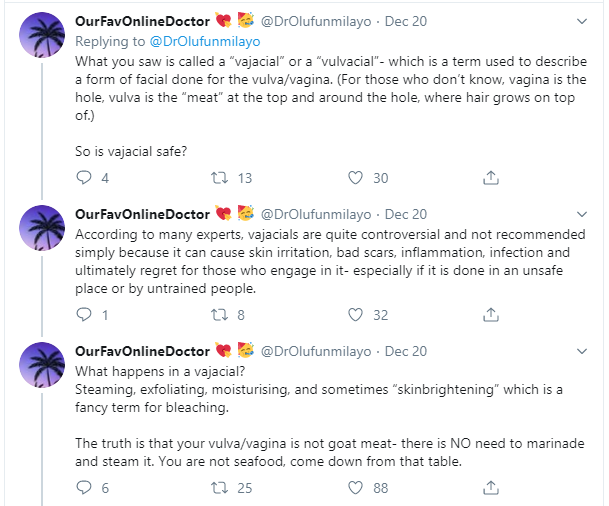 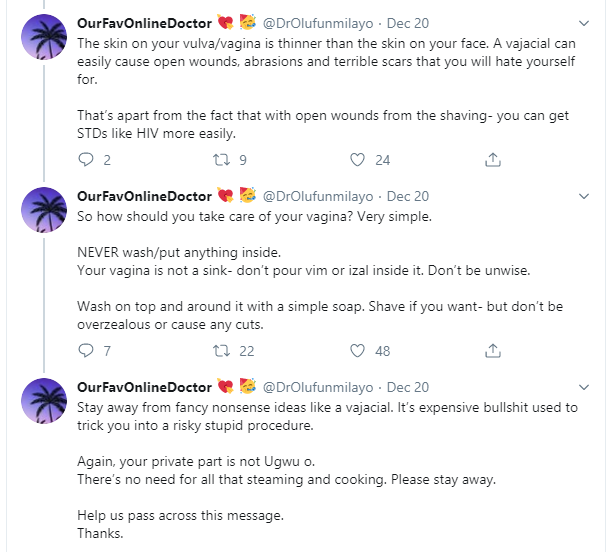