An officer of the Nigeria Security and Civil Defence Corps, NSCDC, has been caught on camera stealing money from a purse. 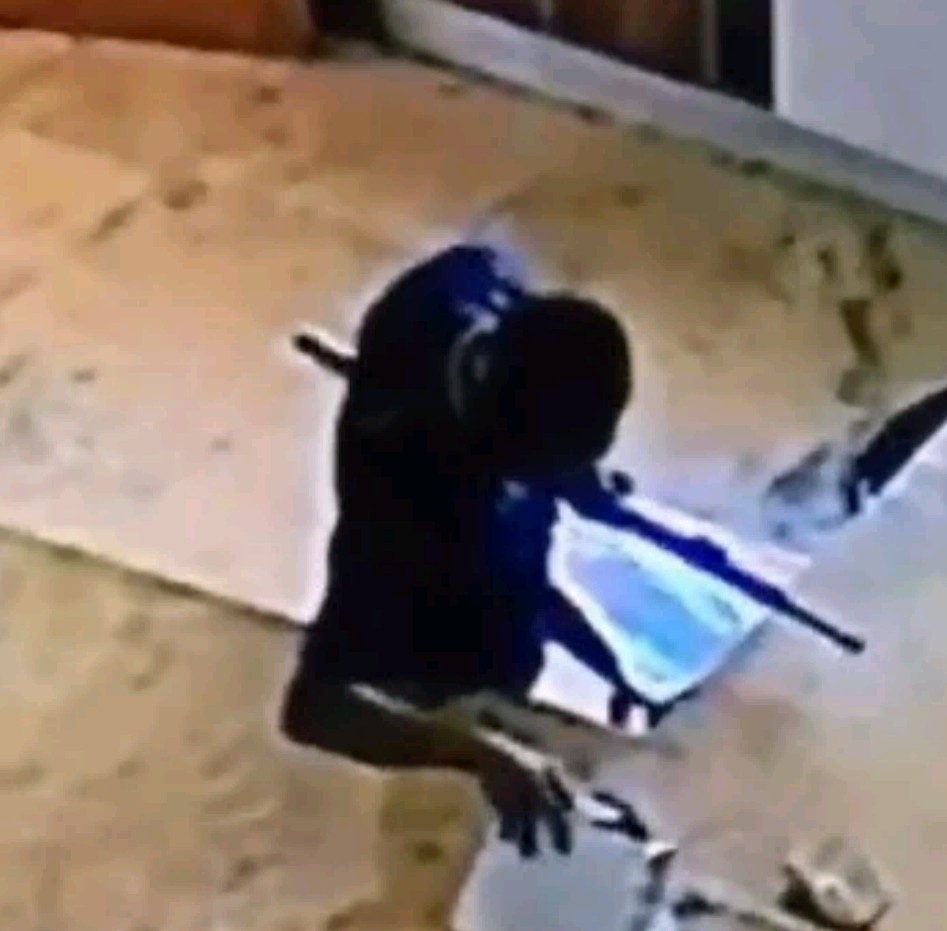 In the video which has gone viral on social media, the NSCDC official who was wielding a gun, came into an enclosure in an undisclosed environment and ransacked a bag that was laying on the table.

The officer who was on edge, hastily collected some money from the bag and made to leave before he decided to return some of the cash.

In the background of the video, a lady who is believed to be the owner of the bag, revealed that the purse contained N49,050 and the amount he returned is N27,050.