Over the last two days, a particular report had been making the rounds on social media that the Nigerian military is planning a Operation Positive Identification – a report they’ve now come to debunk.

Operation Positive Identification’ according to the earlier reports, would see soldiers accosting citizens on the streets or highways and asking them to produce means of identification on the spot.

Soldiers had been taking similar measures to separate citizens from terrorists in the Boko Haram-ravaged northeastern part of Nigeria. The military claimed last month that citizens in the North-east had been cooperating with troops to make the exercise successful by carrying with them valid identity documents.

When the OPI news surfaced, it came under heavy scrutiny and criticism as Reps minority Leader; Ndudi Elumelu, renowed Senior advocate of Nigeria, Falana and other prominent Nigerians spoke up against it.

However, the Nigeria Military in its official Twitter page, has now debunked the news referring to it as Fake. 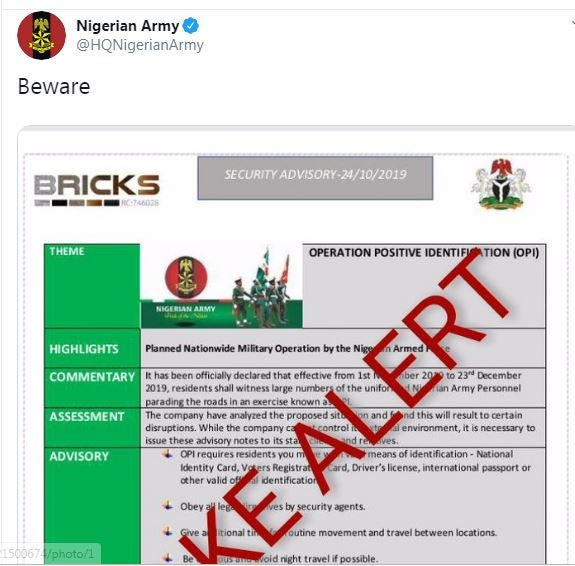