Members of the members of the Ghana Union of Traders Association (GUTA) today, closed shops owned by Nigerians in five markets in Kumasi, the Ashanti Region capital.

It was the second time this year the association would shut Nigerian-owned shops, claiming it was waging a war on foreigners doing retail business in the country. 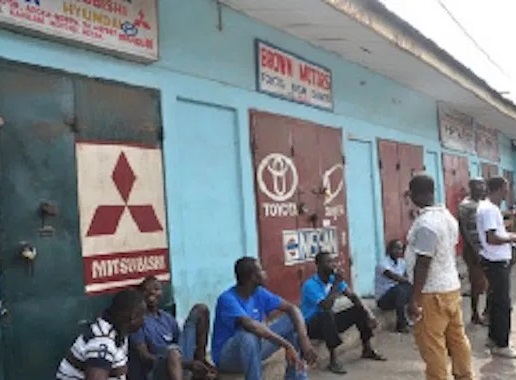 The law bans foreigners from operating taxis, beauty salons, selling medicine, production and sale of sachet water, among others. The markets where Nigerian traders were shut out were in Kejetia, Suame Magazine, Adum and Asafo.

GUTA Public Relations Officer, Albert Mensah Offei, told Joy FM that the action will soon be extended to other parts of the country. However, according to Ghanaweb.com, the action of the association is being interpreted as a retaliation for the closure of the Nigerian land border, which has affected traders in the West African region.

Read Also:  Video/Photos from the burial of couple killed in Abule Ado explosion

GUTA recently noted that the closure of Nigeria’s trade borders to Benin and other neighbouring countries is an outright breach of ECOWAS treaties. The President of the Association, Joseph Obeng who spoke to Accra-based Joy FM noted that the Foreign Affairs Ministry and the ECOWAS parliament have failed to check Nigeria. He argued that this is enough evidence that all treaties and protocols under ECOWAS being ineffective.

“Nigeria has blatantly flouted ECOWAS protocol if there is even something like that. Surprisingly, the foreign affairs ministry has failed to deal with this issue, nobody is talking to this issue and for two months Ghanaian goods have been locked up in Nigeria. This act by the Nigerian government nullifies the entire ECOWAS Treaty on the free movement of people and goods,” he said.