The lady who is proudly black and tags herself ‘Melanin Madness’ released some daring baby-bump photos in which her tummy was covered with black marks.

According to her, she felt so uncomfortable showing that off to the general public and this forced her to delay the shoot to the later end of the pregnancy period. 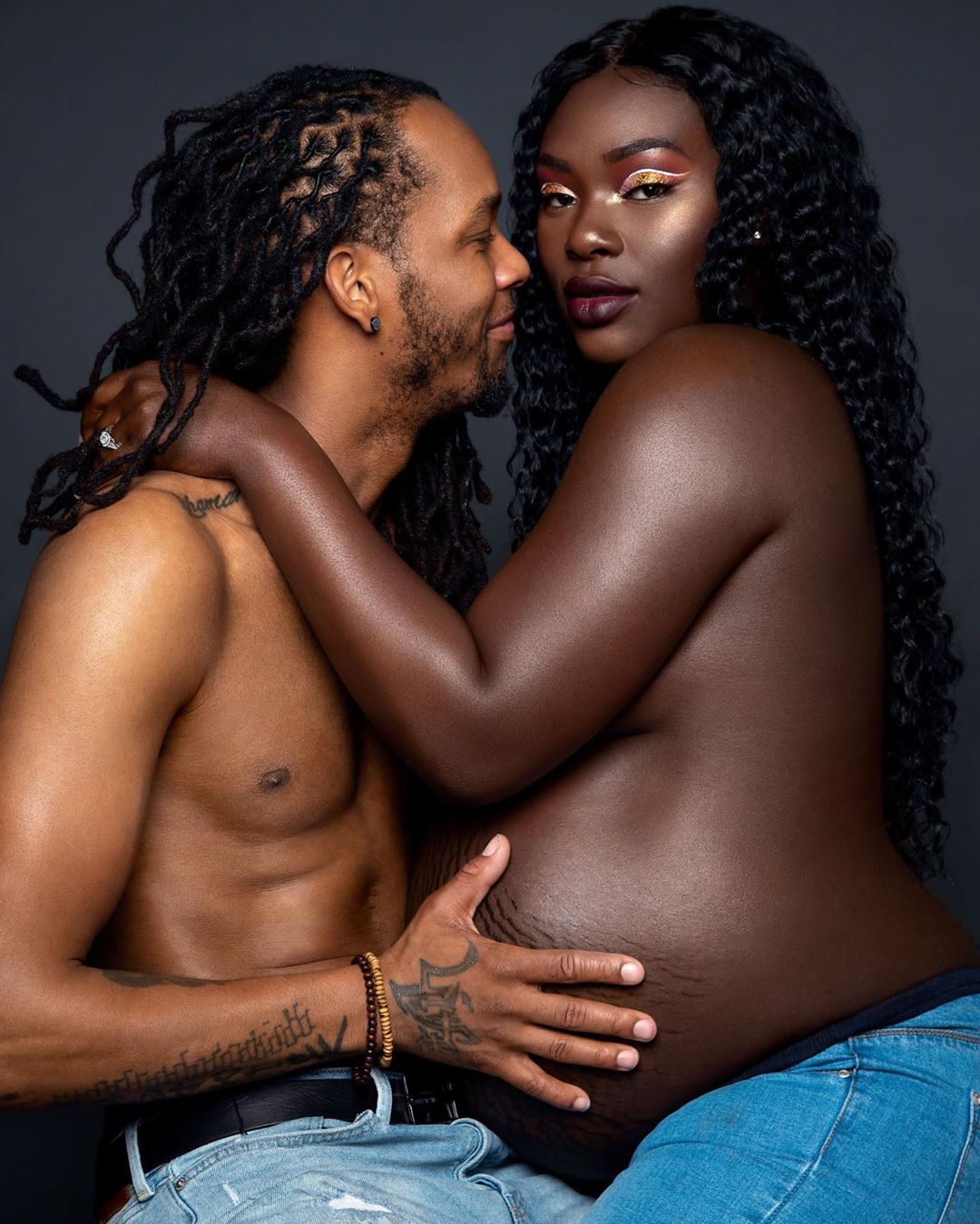 She could have avoided the photo-shoot but she wanted to keep memories of the pregnancy period just like other women do. After a long time of contemplating, she undertook the photoshoot and decided to share with her over 36,000 followers on Instagram.

Her pictures came with a stunning and inspiring caption which reads ;

“BTS Insecurity is a dangerous thing. I believe It restrains us from for filling our full potential. When it came down to shooting my maternity photos I was truly afraid. So afraid I delayed it to 38 weeks pregnant!! time was truly running out and I wanted my memories! At first I asked the photographer to try and edit the marks.

However it was so much the edit made it look off. So I said no worries let’s do! I’ve been struggling with embracing my marks because I felt like I was the only one who’s experienced such an extreme amount. My entire belly was covered and I felt like I was doing something wrong.. I was more worried about after having her if they’d even go away and how long it would take.. but through the love and support of friends and family I feel very secure! I like to call my marks beauty marks! Because my marks represent the beautiful life I brought to the world! I honestly would do it all over again for her” 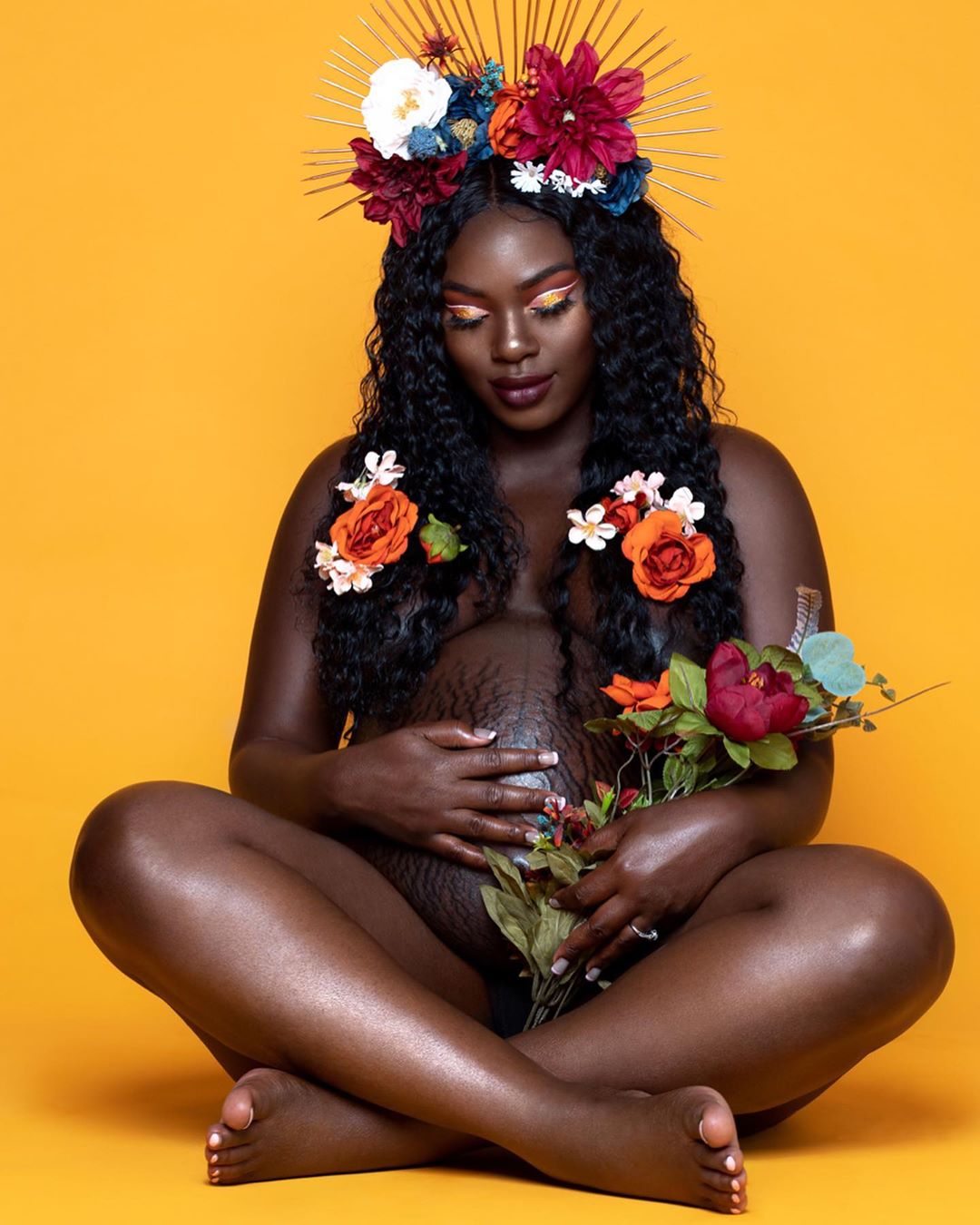 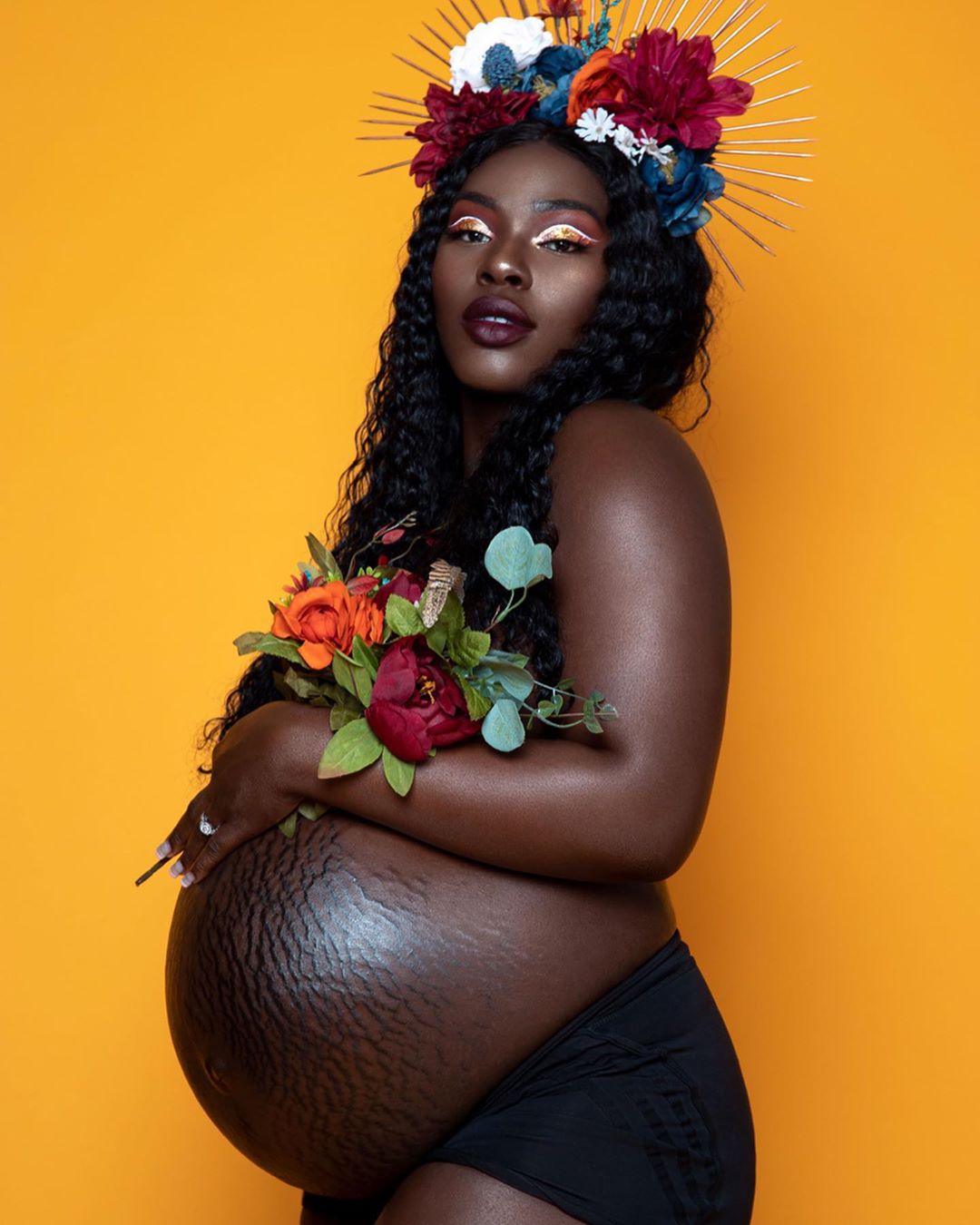 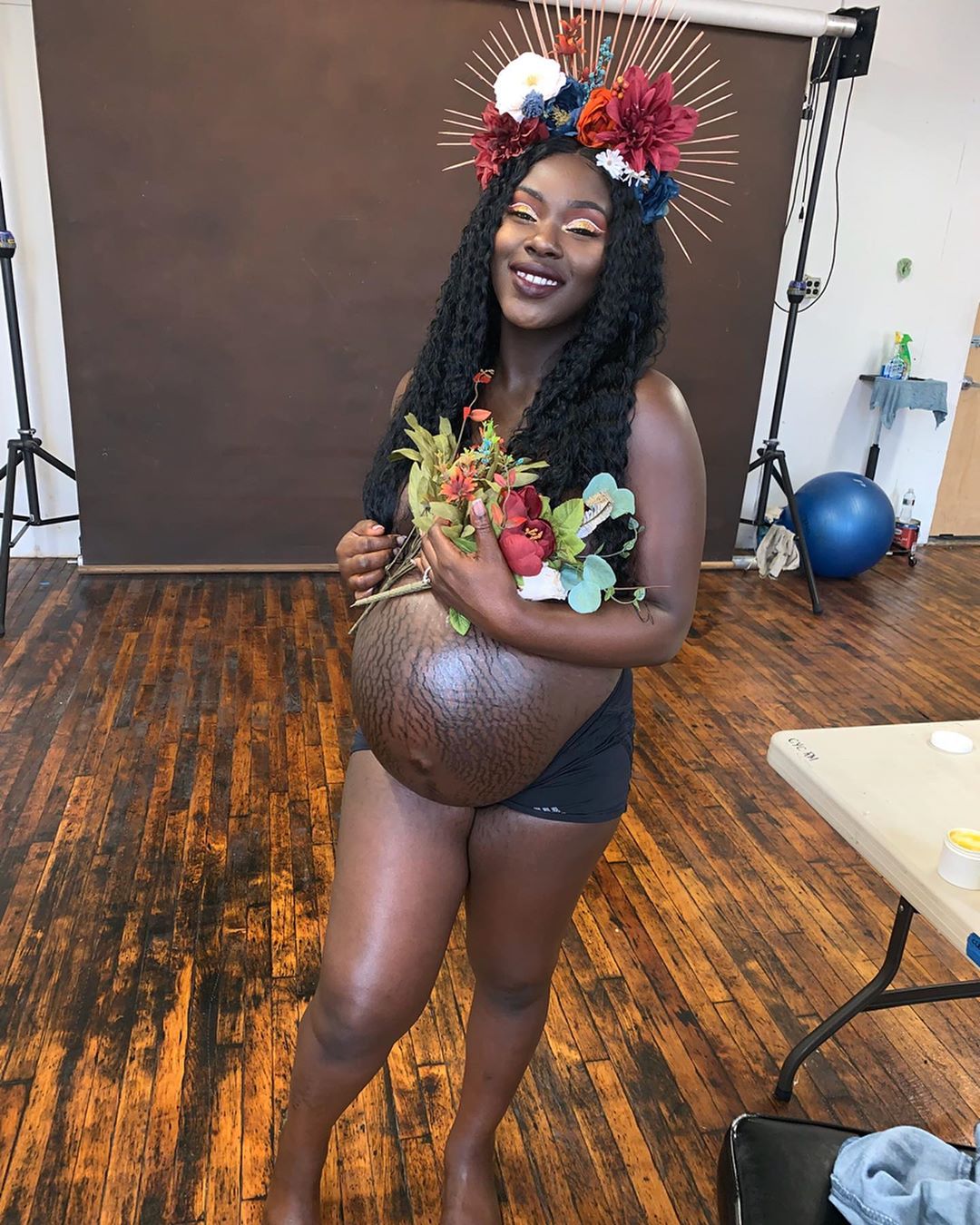 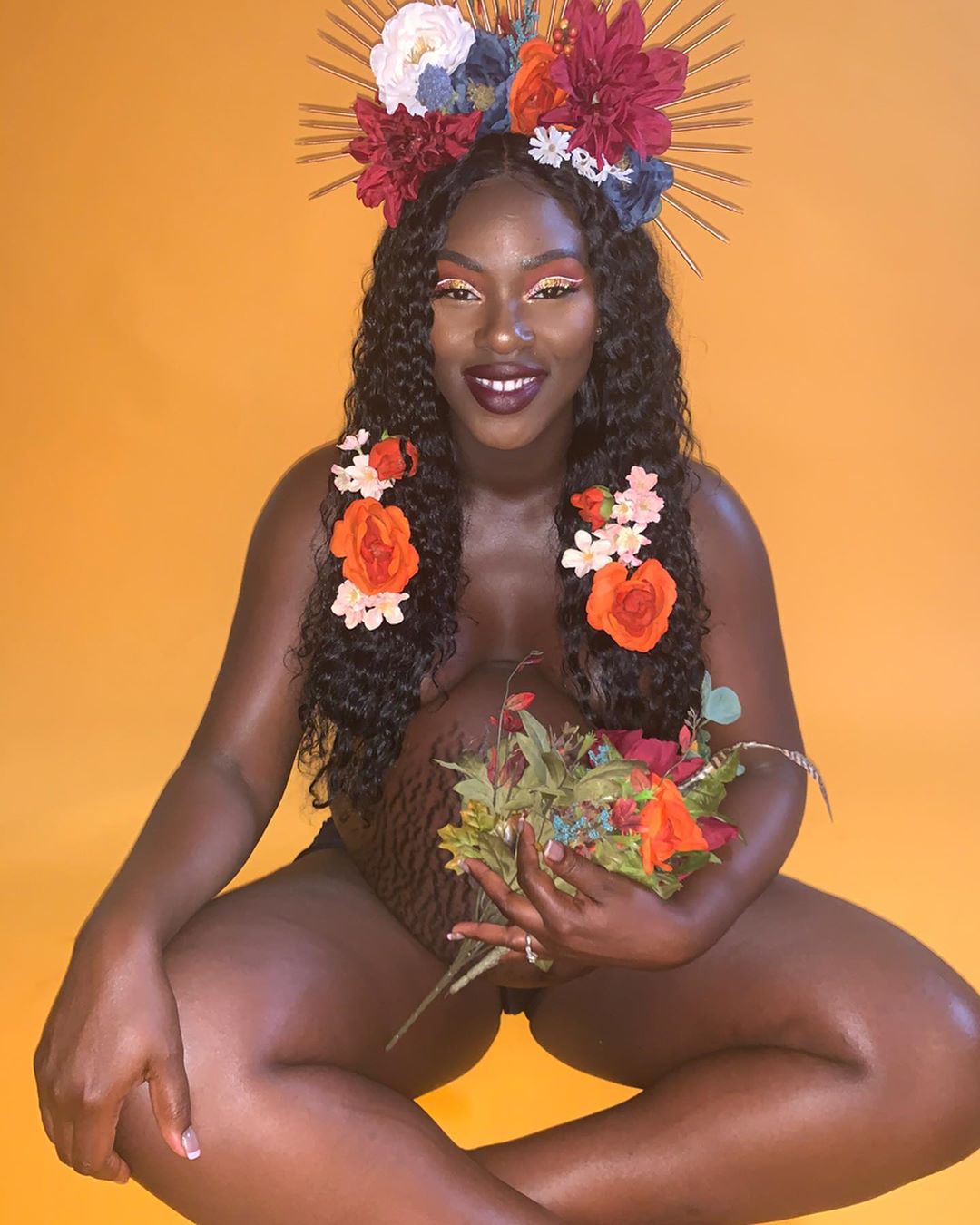