A physically challenged Nigerian lady, Blessing Ocheido, who made headlines in October of 2019 for calling out an airline over an alleged destruction of her wheelchair and subsequent negligence, has sued the said airline for N100m.

The Nigerian lady said she decided to sue the airline after they allegedly refused replacing her wheelchair even after her lawyer wrote them in November 2019, a month after the report went viral. 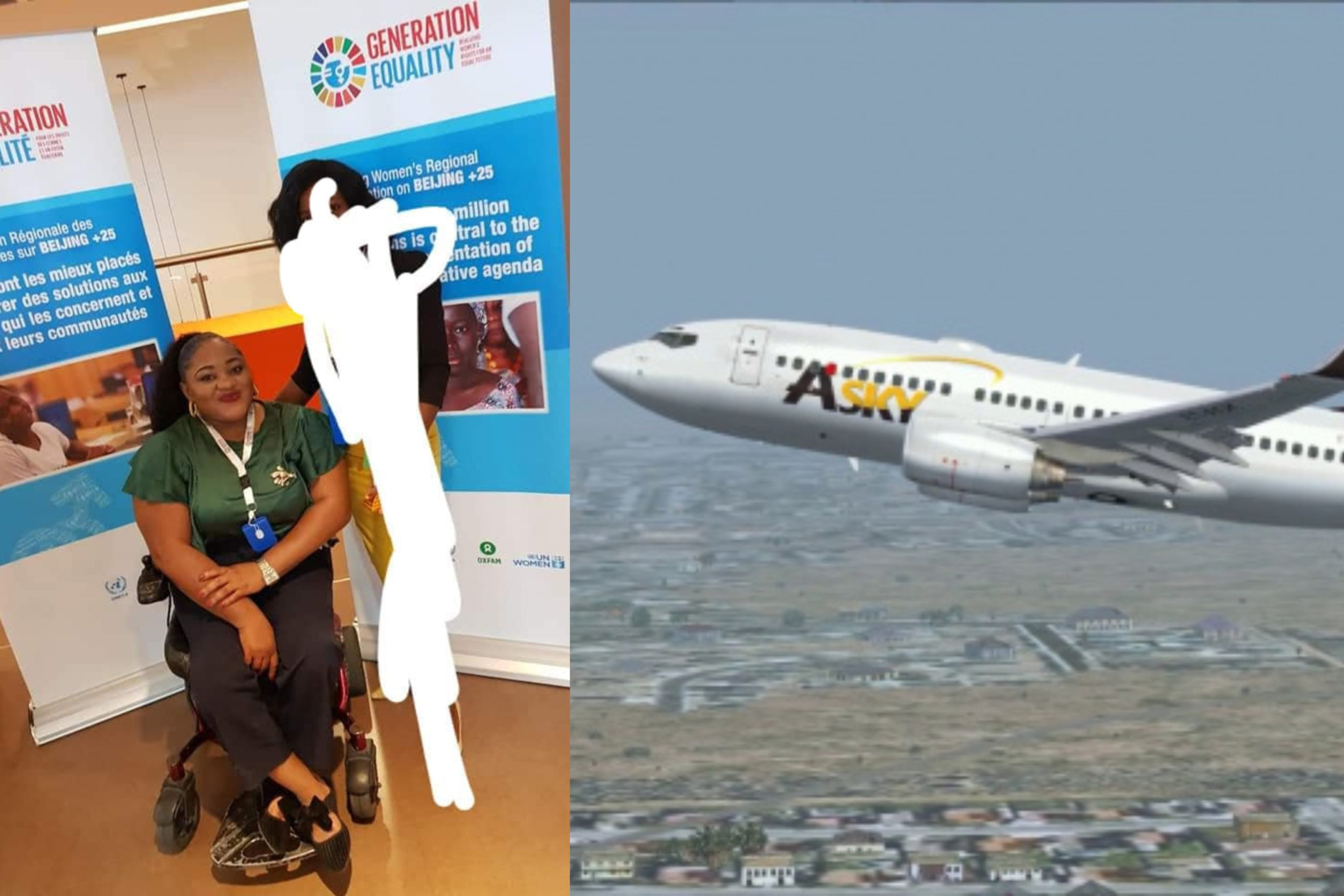 According to Blessing, she’s had enough patience with them and now she feels the court is their last resort.

I just left the courthouse with my lawyers where I officially filed a suit against Asky for damaging my motorized wheelchair in August, 2019 and adamantly refusing to fix or replaced it.

I am suing them for N100 million damages and I am being expertly represented by my lawyer, Barr. Firsts Baba Isa of FBI LEGAL who took up the matter pro bono. Please help me thank him for his kind gesture and thoroughness in ensuring that justice is served at the end of the day.

He wrote to Asky in November asking them to replace the damaged wheelchair but they have chosen to remain adamant and heartless. We gave them more than enough time to respond to our demands but it is apparent that the courts are our last resort. We have been patient enough.

That’s all for now. 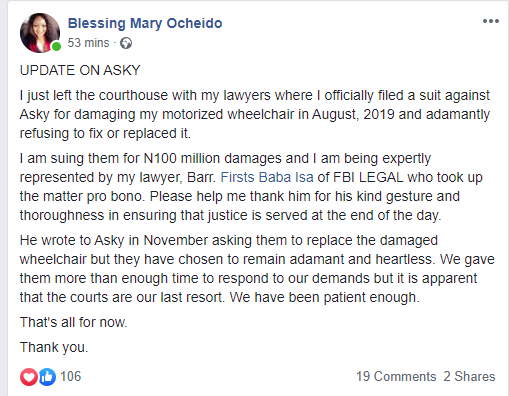 Read Also:  Coronavirus: Provide economic relief for Nigerians, even if it is N50k each – Actor, Yul Edochie tells President Buhari
Please Share this: