A Nigerian man tendered a public apology to a Nigerian lady on Facebook, for fondling her breast without her consent some years back. 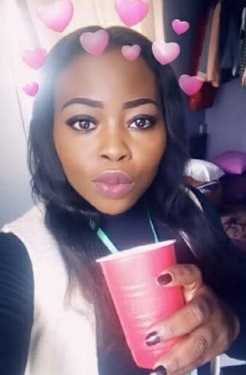 The lady, identified as Iphie Alfred on the platform, took to her page to call out one Justice Chimaoke Nzeabuike — Iphie demanded an apology from him for the “atrocity” he committed against her some years ago. 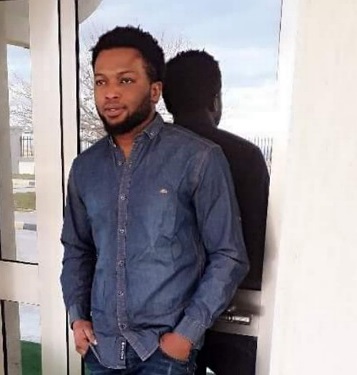 Justice Chimaoke Nzeabuike you have 48hrs to tender a public apology to me here on facebook for the atrocity you committed against me few years ago.

I have not been in communication with you since until today. 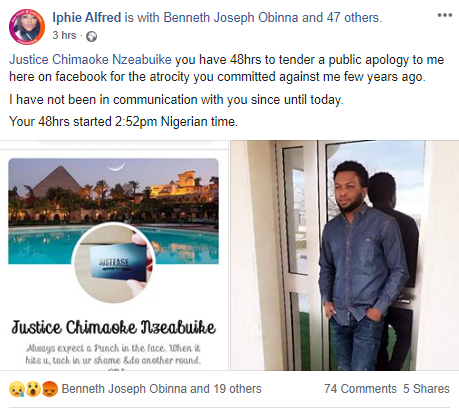 According to him, the incident occurred over five years ago when he was in his service year. He claimed Iphie came to visit his friend and roommate, a certain Tony and that Iphie and the said Tony had issues so she decided to leave but did not have transport fare.

He claimed he offered her money but asked for intimacy in return which she agreed to. He said he regretted his action and apologized to Iphie months later. 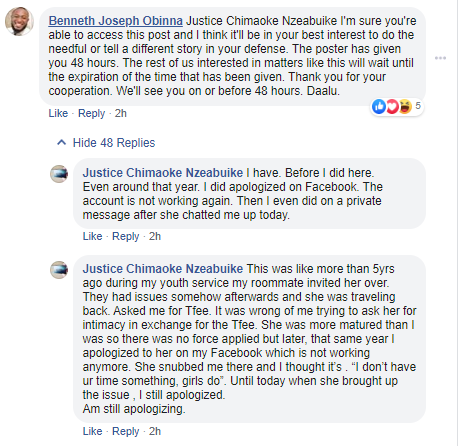 Iphie saw his comment and expressed shock at his claim. According to her, she and Tony never had issues. She claimed that it was while she was asleep at night that Justice began to fondle her boobs. 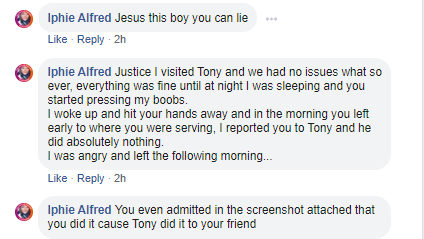 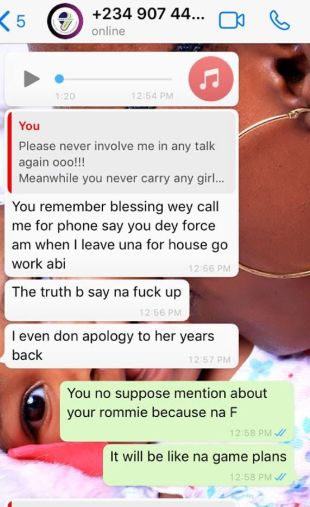 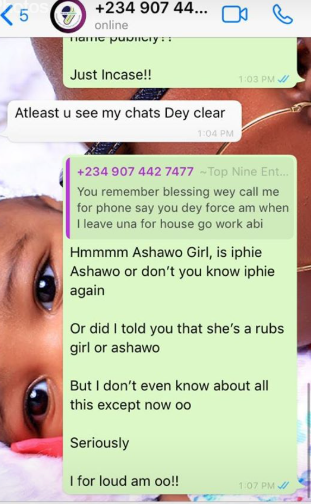 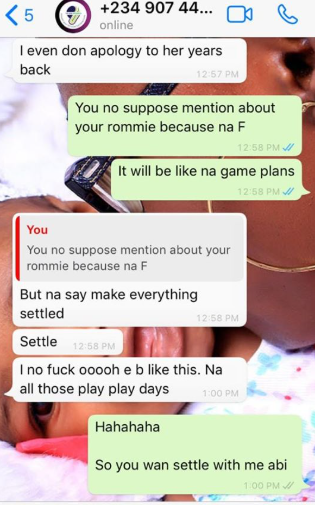 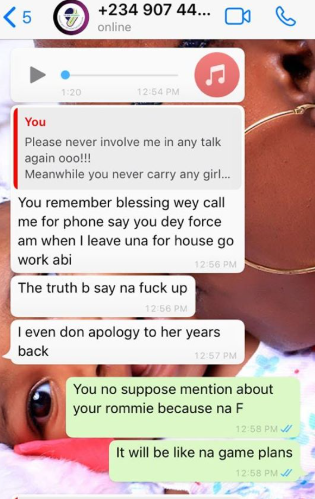 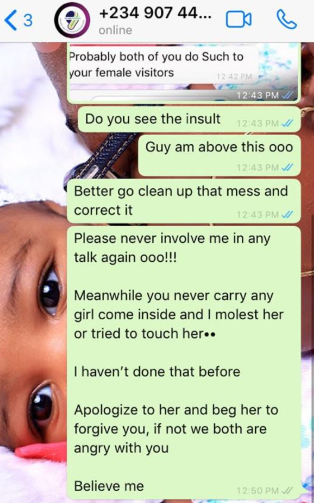 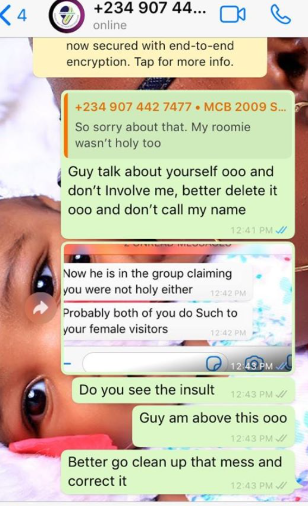 After a friend asked what really transpired, Iphie stated that she was sleeping when Justice sexually assaulted her.

Iphie maintained that Justice touched her body without her consent though he’s claiming she was awake while he touched her. She went on to state that she has the right to decide who touches her body. 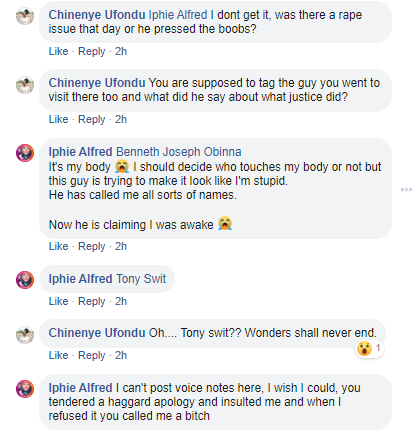 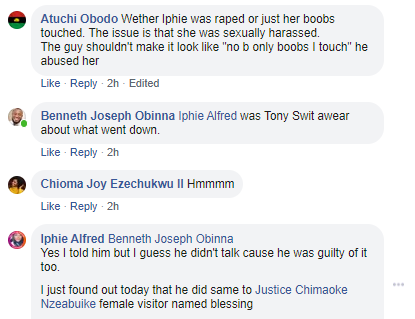 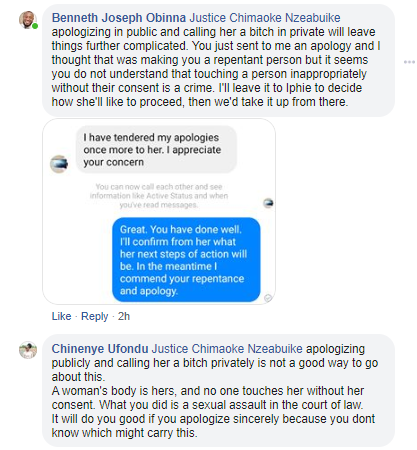 After all the back and forth, Justice eventually tendered a public apology to Iphie on his Facebook page, writing, 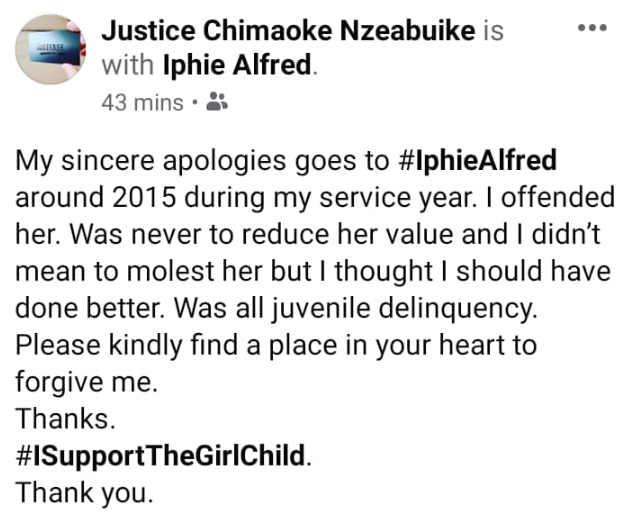 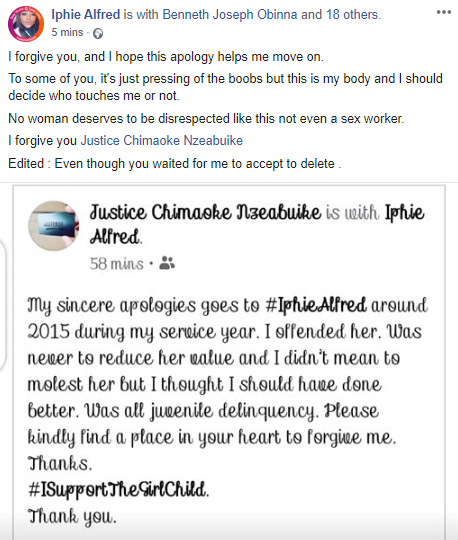