A fatal motor accident which reportedly occurred on Wednesday December 25, claimed the lives of a man, his wife and three kids.

The Man identified as Samson Adetunji was travelling for the Christmas holiday with his wife, Opeyemi, their two sons and daughter when the tragic incident occurred. Eyewitnesses alleged that the family of five were burnt beyond recognition after their vehicle caught fire after crashing into an overhead bridge along Kubway way in Abuja. 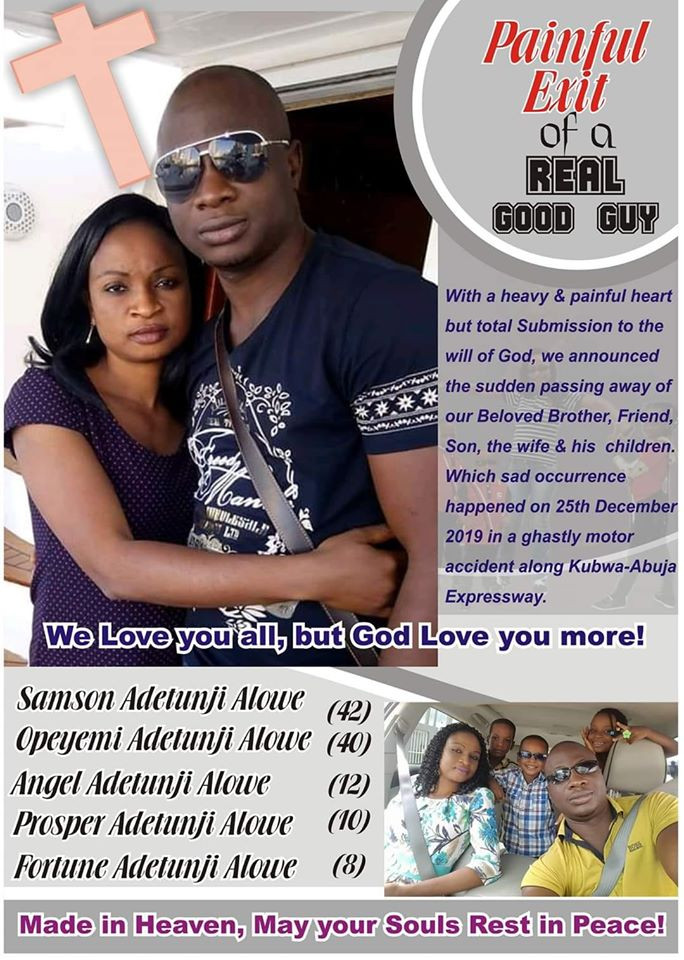 Facebook user, Prince Adesina who paid a tribute to the late victims of the accident wrote ;

IS A DARK BLACK CHRISTMAS FOR ME, LOSING A BROTHER, A FRIEND N A LEADER.
AREE SAMSON ADEGBENRO ADETUNJI ALOWE, HIS WIFE AND THREE KIDS AT ONCE IN ONE DAY, HAAAAABA THIS IS TOO MUCH TO BEAR GOD. 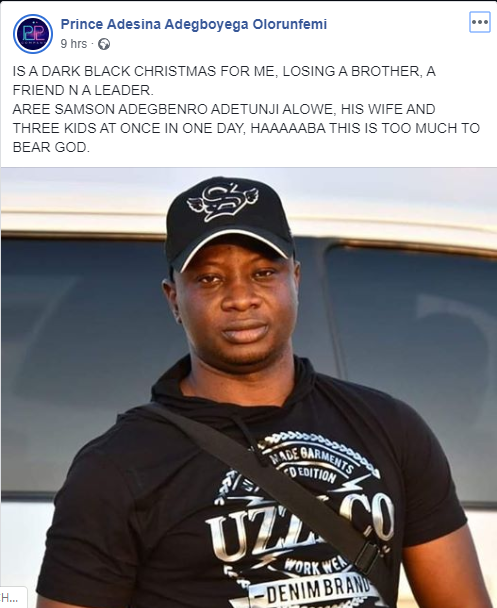