Ndidi Nwosu, who was Nigeria’s Powerlifting Gold medalist at the 2016 Paralympic Games in Rio De Janeiro, is dead.

Brilla FM reports that she died in Owerri Imo state on March 1, 2020, following complications arising from a lung infection. 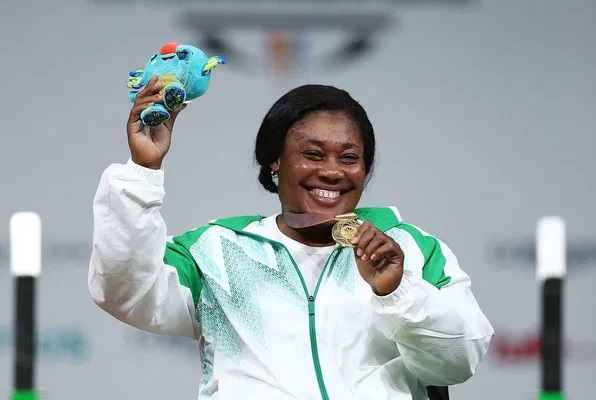 The news was broken by former President of the Nigeria Powerlifting Federation, Ms Queen Uboh.

“Ndidi sustained an injury from the 2018 Commonwealth Games in Australia. She was a heavyweight powerlifter.

I had actually assisted by paying for two of the surgeries she had in Owerri but after the surgery, she was never the same again.

She had been off and on in the hospital and that was why she couldn’t take part in this last World Cup. Even before she died, she appeared to me in the dream.

She told me not to leave her family and that I was still her mummy despite not being the Powerlifting President anymore.

So when the husband called me to inform me of her passing, I knew already because she had appeared to me in the dream”

Nwosu, who also won gold at the 2018 Commonwealth Games in Australia, was also a world record holder which she set in Australia after lifting 120kg as well and set a new record at the 2016 Paralympics in Rio De Janeiro after she won Gold in her category.