A throwback video currently trending on social media shows the moment where Lagos state governor, Babajide Sanwo-Olu, said his government would regulate the activities of Okada riders in the state. 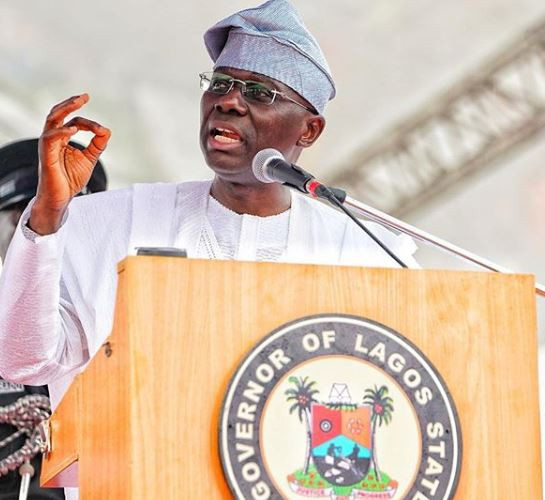 Sanwo-Olu said this at the Platform 2019, a religious programme organized by the Covenant Christian Center every 1st of October.

While speaking at the programme, the Governor said as part of measures to effectively reduce traffic situation in the state, his government would “account for every Okada rider”.

“To also solve the traffic issue of Lagos is also to talk about the okada issue; okada is everywhere, anywhere you see. Part of the things that we are going to be doing is not to leave anybody behind. People are currently using a system that is working for them.

You see some okada riders that are branded, that use smart ways to pay when you finish the journey. We are trying to harmonise all of them and be able to come up with a regulation system where we can account for every okada rider.

We will know who they are, we can manage them. In fact, the solutions that some of them are bringing, they can disenable those okadas remotely. That is where we are planning to get to but it is also be something that we need to think through very well and be sure that nobody is disenfranchised.

As much as possible, give everyone opportunity to play and play well. I’m hoping that once we do all of this, the traffic will be reduced significantly.” he said

Watch the throwback video below ;

Most of you supported and voted in this puppet government esp. Youths, Elites and even the Masses, make una Sanwo Eko jooor 😔@BOGbadamosi would have been a better governor but no, una Almajiri mentality no go allow una vote according to prospects.#TrekForSanwo #DigiatalLegs pic.twitter.com/bL327PdBR7