Nigerian netizens have taken to popular cross dresser, Jay Boogie‘s Instagram page to mock him for lying about being selected as a BBNaija Season 5 housemate and would be in the house soon. 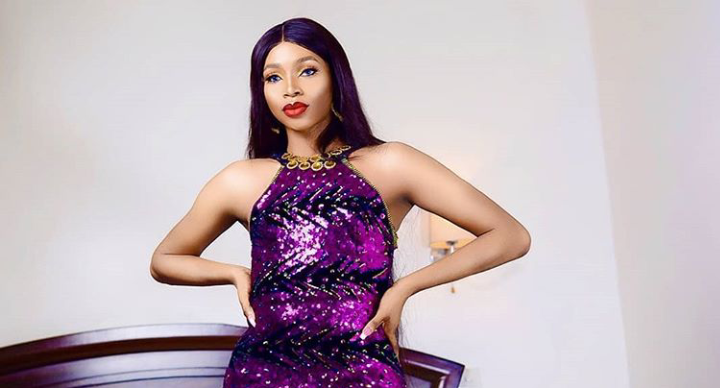 It should be recalled that some days back, the Nigerian cross dresser took to his social media page to ask for volunteers who would manage his IG account after claiming that he would be part of the reality TV show’s fifth edition.

The fifth season of the show kicked off yesterday and not so surprisingly, Jay Boogie was found wanting among the newly announced housemates.

Nigerians have now stormed the comment section of his latest post on Instagram to mock him for lying about being selected as a BBNaija season 5 housemate.

Check out some of the comments below, 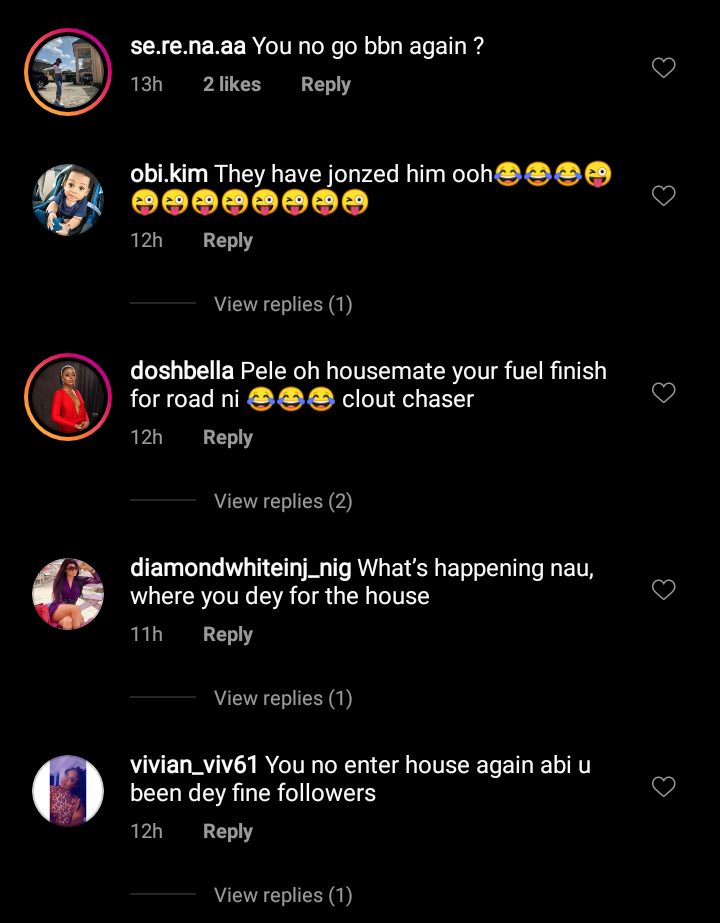 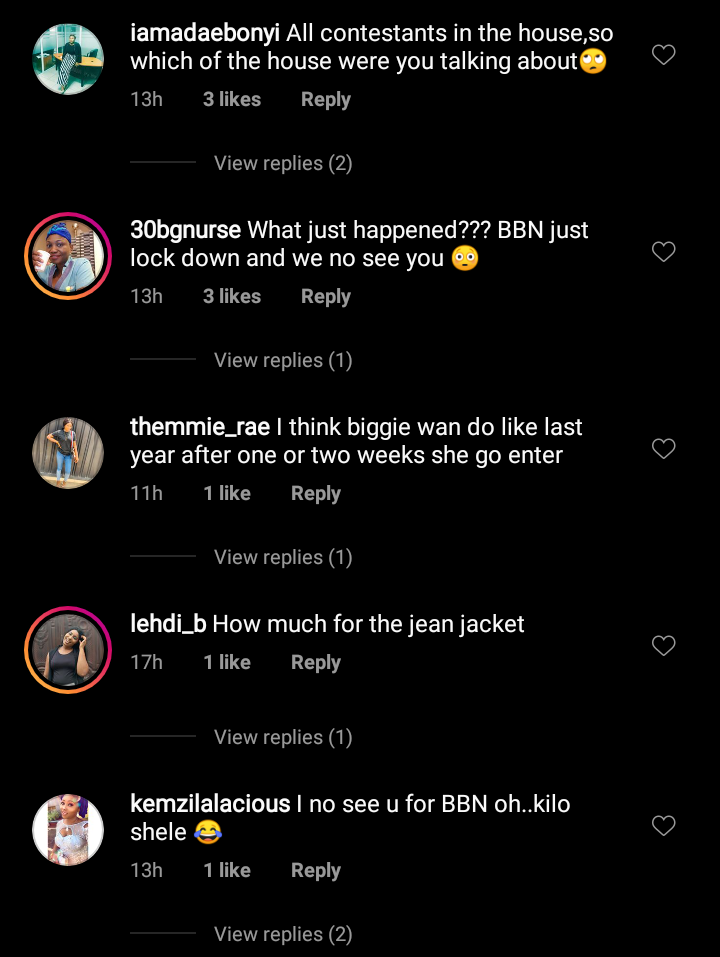 Read Also:  #EndSars : ”Whatever the Nigerian Govt wants to say, they should say to everyone” – Singer Simi speaks against having appointed representatives ? 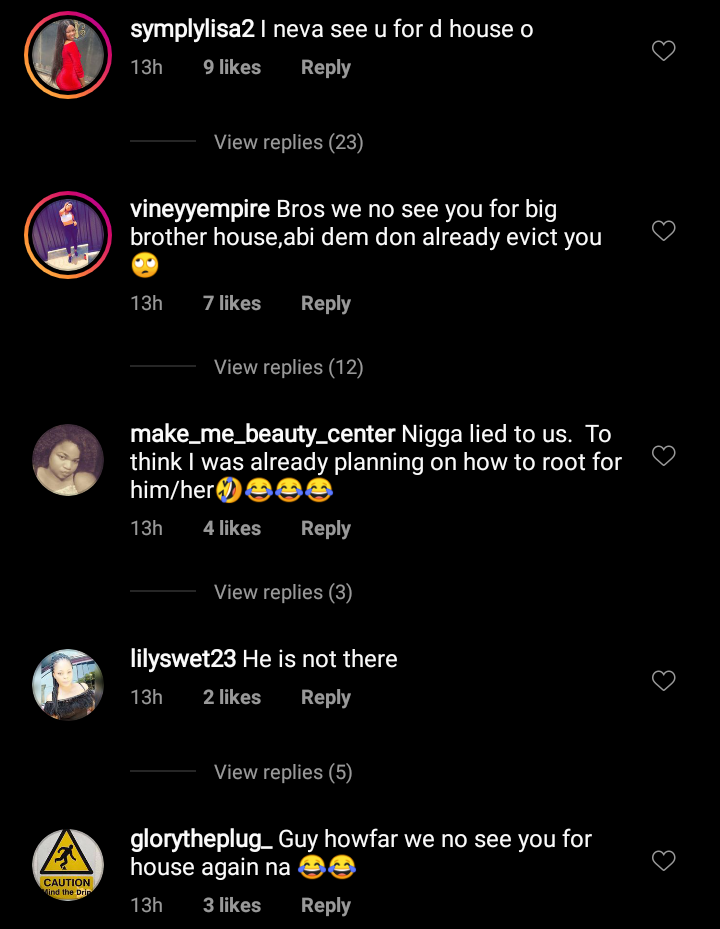 The Crossdresser had three days prior to the premiere of the show, revealed via his social media page that he was among the housemates who were called to be a part of the show.

The cross dresser while making the revelation, called for someone who can manage his social media accounts while he is in the Big Brother house.

He also solicited for people’s support as he begged Nigerians to vote for him. But Sunday’s show has apparently burst his bubble which didn’t really come as a surprise as it’s known that the selection of BBNaija housemates is one of the most discreet processes with no one having a clue of who a housemate is until they reveal them at the premiere of the season.